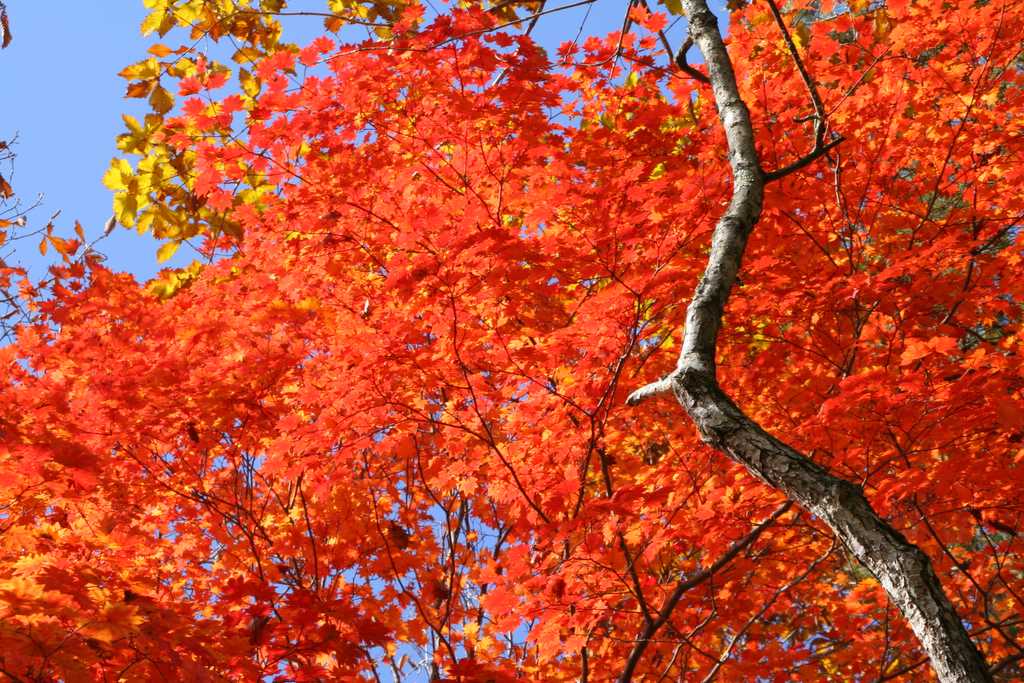 Read ahead for music to accompany the glorious colors of fall. By Courtesy of Wikimedia Commons
By Mira-Rose J. Kingsbury Lee, Contributing Writer

Winter is coming. But for now, the glorious last frontier of fall awaits. As swimsuits are stowed away, trees burst into reds and golds, and the sultry living scent of leaves turn to mulch, here are 10 songs for fall 2020.

“Allegro assai” from “Piano Concerto No. 23 in A Major” by Wolfgang Amadeus Mozart

As it skips and cartwheels through key changes, Mozart’s piano brings to mind the ebullient playfulness of fall. Let the final movement of the 23rd concerto take you tumbling through leaf piles and scrambling home for dinner.

“Autumn in New York” by Ella Fitzgerald and Louis Armstrong

Fitzgerald’s clear soaring voice and Armstrong’s gravelly rasp play off against each other over a muted jazz piano. It’s autumn in New York and 1950s nostalgia is in the air.

What would an autumn playlist be without a good sea shanty? A wacky, high-energy romp concerning the defeat of Napoleon, “Boney” (pronounced “bonny”) is an unanticipated treasure on any soundtrack, not least this one.

“Better Get To Livin’” by Dolly Parton

The only gift greater than this song is the music video which goes along with it, starring Dolly as a cheerful gingham-clad ringmaster. “Share your dreams and share your laughter / Make some points for the great hereafter,” she counsels, waving her audience out into the early fall afternoon.

“Kiss The Girl (Soundtrack Version)” from “The Little Mermaid” by Samuel E. Wright

The autumn sun is setting on the beach. White-backed gulls wheel and shriek high above like tempestuous little shards of the sunset. It’s too cold now to swim, but the sand is still warm and there’s a crab singing reggae in the background. Seize the fall. Kiss the girl.

It’s the witching hour. This eerie track from Bridgers’ second studio album “Punisher” perfectly encapsulates the unmoored emptiness of fall. “Baby, it’s Halloween,” she sings, in a tone somewhere between wistful and warning. “And we can be anything.”

What could be more of an autumn hallmark than coming home? Denver paints a dreamlike picture of the place he belongs in this hallowed classic of country music.

“Something Has To Change” by The Japanese House

In between the monotonous heat of summer and the biting cold of winter is a riot of transition. For now, green clings stubbornly to the leaves. But, as lead singer Amber Bain’s cool mellow voice reminds us, something has to change.

“Wondering Where The Lions Are” by Bruce Cockburn

Though it may have been released in 1979, this song’s spirit of rueful optimism could date it just as well to 2020. And for good reason –– it was written as a response to an imminent Sino-Russian nuclear war which never came to pass. Cockburn sings, “The world survives into another day / And I’m thinking about eternity.” Are you?