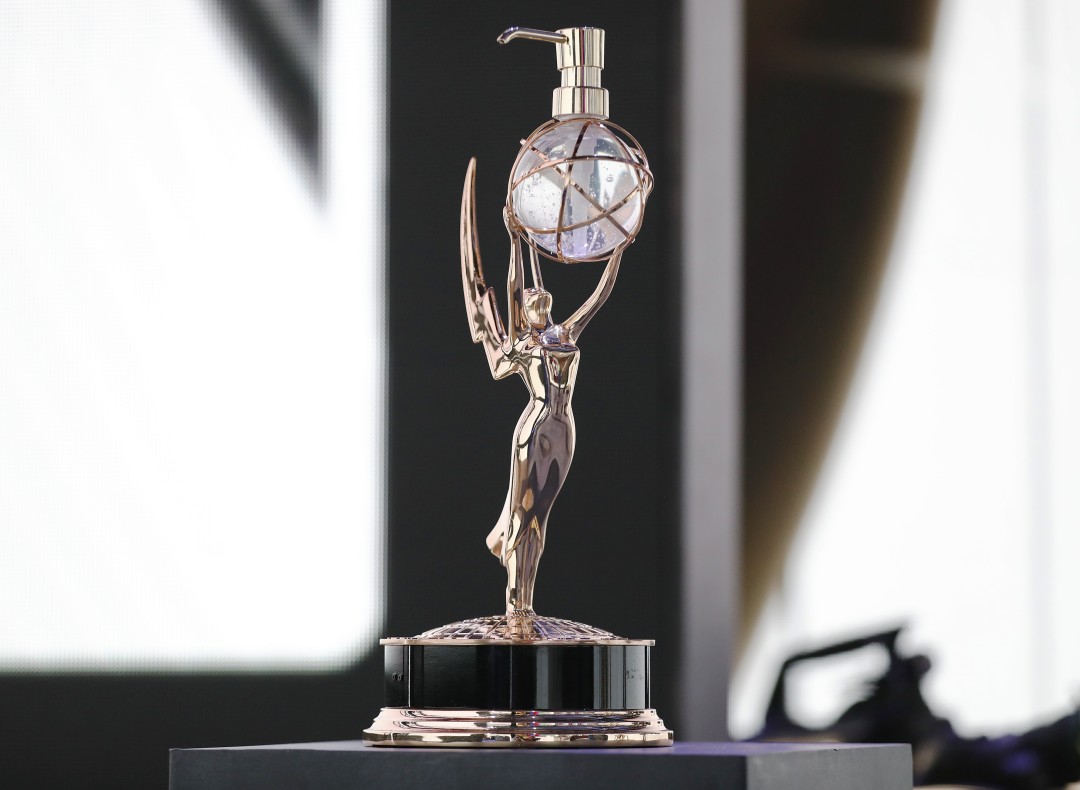 In a world turned upside down, television is our saving grace.

There is solace in easing into bed after a particularly arduous day of Zoom learning, the Netflix loading page a welcome sight for sore, pset-laden eyes. And if we’re all spending our free time watching television anyways, wouldn’t a better icebreaker question — instead of the antiquated “What are you planning to major in?” — be “What are you watching?”

Of course, there are always the folks who say all too cooly, “Oh, I don’t watch television.” Well, now you know who to avoid.

And with TV-watching at an all-time high, the 72nd Emmy Awards, held Sept. 20 at the Staples Center in Los Angeles and hosted by Jimmy Kimmel, were more important than ever. As expected, the ceremony itself was radically different than previous years. It was clear, however, that planners made an effort to recall the usual Hollywood pomp and circumstance, particularly when Jimmy Kimmel took a gratuitous pump of hand sanitizer from an absurdly ornate dispenser shaped like an Emmy trophy.

Kimmel’s opening monologue gave the brief illusion of normalcy as the comedian entered the stage, greeted by superbly groomed celebrities in decadent attire. Alexander Wang, Dolce and Gabbana, and Vera Wang evening gowns were a much-appreciated change of scenery after seeing nothing but sweats and Gildan cotton t-shirts since March.

It’s funny until it becomes all too clear none of this should be happening. How could Hollywood’s elite be packed into a crowded auditorium in the middle of a socially-distanced pandemic? “Hey, was that me?” the host asks. “Wait, if I’m down there, how am I up here?” Sure enough, the camera turns to Kimmel’s perspective just as the stage lights illuminate a completely empty auditorium.

“Just like prom night,” he says to the camera.

“The world may be terrible,” Kimmel continues, “but TV has never been better.” Considering the recent conclusion of beloveds such as “Game of Thrones,” “Modern Family,” and “Fleabag,” his claim may be a hot take, but it’s a legitimate one nonetheless. While timeless classics including “Saturday Night Live” still populate the nominee list, plenty of new heavy-hitters are gaining steam. “Ramy,” a comedy-drama series following the spiritual odyssey of a first-generation Egyptian-American has received critical acclaim since its premiere in 2019. “Insecure,” written by and starring Issa Rae, is a trailblazer for Black representation in a diversifying but still largely homogeneous industry.

And, of course, there was the complete “Schitt's Creek” takeover — the Schitt-storm, if you will. The refreshingly witty series, which follows an eccentric mogul family fallen from grace, has emerged as a clear Netflix favorite. Although the Canadian comedic sensation has been the talk of the town for TV lovers, a clean sweep of Outstanding Lead Actor, Actress, Supporting Actor, and Actress in a Comedy Series is a difficult feat. In fact, “Schitt’s Creek” broke the Emmy record for the most wins for a comedy series, edging out “All in the Family,” which bagged six golden trophies in 1978.

Other delights included Zendaya’s first Emmy for Outstanding Lead Actress in a Drama Series for her portrayal of Rue Bennett, a conflicted teenager battling drug addiction in HBO’s “Euphoria.” The 24-year-old accepted her trophy in custom Giorgio Armani Privé, her hair made up in a timeless dramatic updo. “I know this feels like a really weird time to be celebrating,” the star said, “but I just want to say that there is hope in the young people out there… and I just want to say to all my peers out there doing the work in the streets, I see you, I admire you, I thank you.”

In his opening monologue, Kimmel addressed that gargantuan elephant in the room. “It might seem frivolous and unnecessary to do this during a global pandemic, but you know what else seems frivolous and unnecessary?” he said. “Doing it every other year. What’s happening tonight is not important. It’s not going to stop COVID, it’s not going to put out the fires, but it’s fun.”

If the 72nd Emmys reminded us about anything, it was that we are starved for laughter, for fun. It has been a dark year, one whose unwelcome, looming legacy casts our futures in shadow. There is a radical merit to immersing oneself, if only for a moment, in television, in film, in cinematic universes filled with diverse people and their hearteningly human stories.

Television may not save America, but America sure as hell needs television.