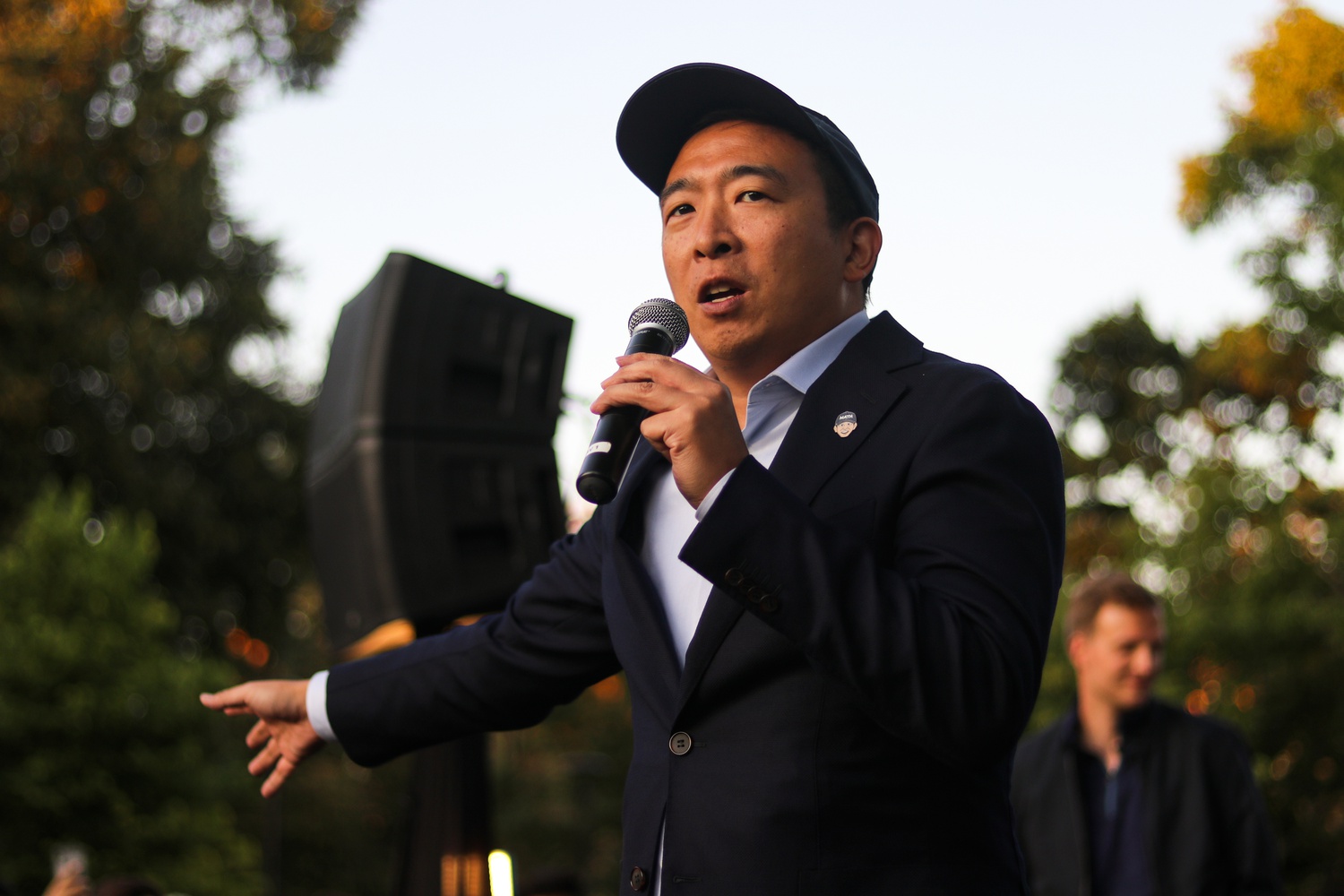 Yang — the first Asian-American man to run for president in the Democratic party primaries — is known for his stance in favor of establishing a universal basic income. Dubbed the “Freedom Dividend” by his campaign, Yang argued that every U.S. citizen over the age of 18 should receive $1,000 per month from the federal government.

In Tuesday's forum, Yang spoke about support for universal basic income in light of the stimulus checks sent out by the federal government as a result of the COVID-19 pandemic.

“[Support for UBI] grew a ton during my campaign and then it grew even more during the pandemic, unfortunately. Because when all of the business is shot, everyone looks around and says, ‘Well, I guess we should send people money, so they can survive,’” Yang said. “So we have this real-time universal basic income implementation.”

Yang, who previously worked as a tech entrepreneur, also said he thinks one of the most pressing modern technological issues Americans face is an inability to “agree on basic facts anymore.”

“If you're the average American of your age, you're not watching cable news for your news. You’re getting the news from your social media, and your social media feed is very much determined by what you clicked on in the past and who's in your network,” Yang said. “Something that should be very, very obvious — for example, wearing a mask is a very positive thing to do — there could be someone in Arkansas, getting a completely different set of information than you are.”

At the event, Sarah J. Lin, a student at the Harvard Kennedy School, asked Yang about his prominence in the Asian-American community.

Yang said he was “proud” to be the first Asian-American Democratic presidential candidate and now sees it as his job to “activate Asian-Americans around the country to get out and vote.”

“I think many Asian-Americans who are first-generation or second-generation in this country grew up similarly where politics was not the arena that we thought we were supposed to participate in,” he said. “I think that I could help change that. I think I can try and get our levels of political activation and engagement up, and I am thrilled to do it. I'm thrilled to hopefully be something of a galvanizing force for Asian American communities around the country.”

Another Kennedy School student, Nicholas J. L. Sung, asked Yang about a controversial op-ed he published in the Washington Post earlier this year. In the op-ed, Yang wrote that Asian-Americans need to show their “American-ness” and “do everything” to end the coronavirus crisis.

The op-ed received criticism online, with an article in Vox calling it “the latest to advance a misguided theory of ‘respectability politics.’”

At Tuesday’s forum, Yang said that “being an American includes lots of things, and we should just embrace more of what those things are in terms of public life.”

“I would never suggest that we are anything other than American, because to me, it’s as plain as day that we’re just as American as anyone else,” he added.

Alexander K. Park ’23, the political action chair of the Harvard-Radcliffe Asian American Association, attended the forum and wrote that he “appreciated” the opportunity to see Yang at the IOP in an emailed statement.

“For many Asian Americans including myself, Andrew Yang was an inspiration during the 2020 Presidential Campaign, and personally, seeing Mr. Yang on the same debate stage as political heavyweights like Senators Warren, Harris, and Sanders, as well as the eventual Democratic nominee Vice-President Biden personally validated my lifelong dream of being an Asian American in politics,” Park wrote.