In ‘BE,’ BTS Finally Catches Its Breath 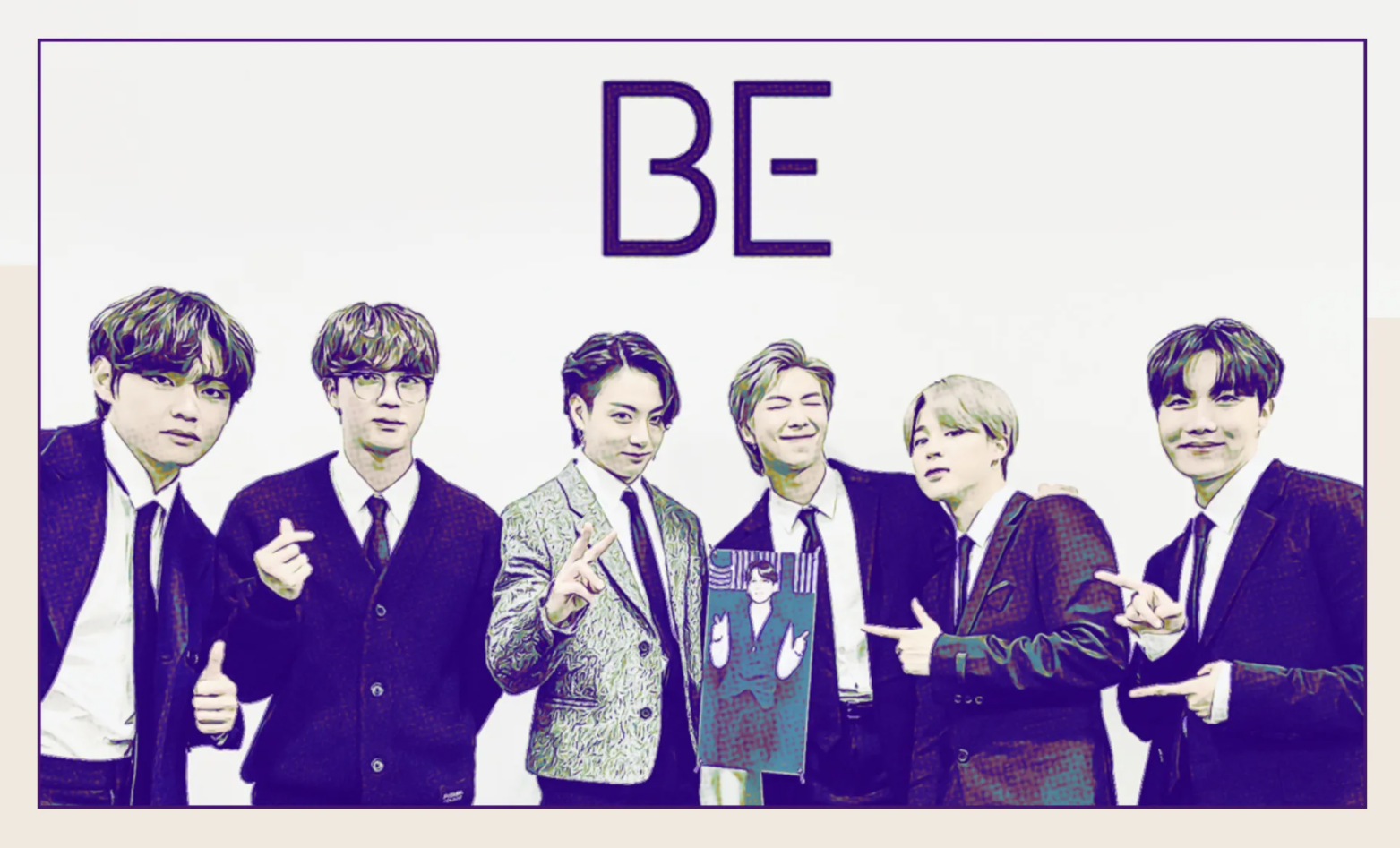 Album art for BTS's "BE"
By Isabella B. Cho, Contributing Writer

Even the world’s most successful boy band can’t elude COVID-19. The global sensation that is BTS — known for flashy dances, their Twitter famous fanbase “ARMY,” and sold-out stadiums across the world — is now, like everyone else, stuck at home.

The septet’s fifth Korean-language studio album “BE” (2020) encapsulates the contemplation and emotional maturity that have characterized the growth many have gone through over the past several months. While previous discography relied heavily on dramatic binaries of dark and light, “BE” settles for a nuanced medium; at long last, the band seems comfortable releasing songs that don’t dazzle at first listen, but rather take on greater lyrical depth with time. In these tracks, the septet sounds more reserved than usual, more self-assured. Perhaps they’re just growing up.

BTS, however, was not always so deft at probing the complex dance between outward success and inner turbulence. To understand the band’s complicated relationship with fame, one must place “BE” in relation to their prior efforts. In previous albums, deep-seated anxieties about failure and change presented themselves either subtly through shimmery pop — think “HOME” and “1, 2, 3!” — or through brooding tunes like “Black Swan,” “Interlude: Shadow,” and “UGH!” The septet’s approach to vulnerability, in other words, came across as either concealed or melodramatic.

The unfiltered fears expressed in “BE” are a refreshing departure from this pattern. “Skit,” for instance, isn’t even a song; it’s simply a seven-way conversation filled with censored swears, self-deprecation, and a healthy dose of J-Hope’s maniacal laughter — chart-topping idols regress into chaotic roommates. “Dis-ease” is upfront about the group’s growing dependence on external validation. “I’m hungry for achievements every day,” J-Hope laments. “It’s unsafe, this is a disease.” RM also muses, “Whatever label is attached to me after this time / I hope that’s all you / You, you, you.” The song’s verses underscore the band’s anxiety about being hyper-commercialized, a phenomenon that is perhaps inevitable given their now-global fame.

“BE” is at its best and most interesting when the idols deftly balance their vision for the future with introspective nostalgia. The retro-funk gem “Telepathy” has optimistic yet gently melancholic lyrics that yearn for simpler times. “Now let’s go to the blue sea / The blue sea we used to play with,” J-Hope croons. Jungkook reassures fans with the comforting lines, “Even if I’m not by your side, yeah / You know we’re together.” Refreshing in its bold percussives and stripped chorus, “Fly To My Room” meditates on the capacity for adventure despite physical confinement. Jimin and V’s lines “Get me outta my blues / And now I’m feelin’ brand new” reflect wistfully on the desire for reinvention during the era of COVID-19. “Life Goes On,” the album’s lead track, provides a soothing if somewhat packaged affirmation that everything will turn out alright, while the all-English song “Dynamite” — though conventional in its plastic exuberance — boasts an addicting chorus.

Other songs conform to patterns of dark and light prevalent in the band’s previous discography. The excessively melodramatic lyrics of “Blue & Grey” detract from the somber gloom of the ballad’s unadorned instrumentals. At one point in the song, Jungkook bemoans, “I guess everyone’s happy / Can you look at me? ‘Cause I’m blue and grey.” Similarly, the EDM-influenced “Stay” combines garish synth pop with a hackneyed SOS to fans reminiscent of “Mikrokosmos” and “Magic Shop.”

Critics of BTS have long pointed to their recycled, shiny beats as subpar, expected, and — the cultural favorite — woefully “mainstream.” The subversion of this caricature in “BE” is timely and welcome. The group’s fifth studio album reflects a steady lyrical maturation: The band isn’t simply growing up — they’re growing on their own terms, reimagining the ways they want to be celebrated and remembered. At last, Jungkook, Jimin, V, RM, J-Hope, Suga, and Jin use music to reach out not only to the world, but also to themselves.

—Staff writer Isabella B. Cho can be reached at isabella.cho@thecrimson.com