Twice Surprise with New Single ‘Cry for Me’ 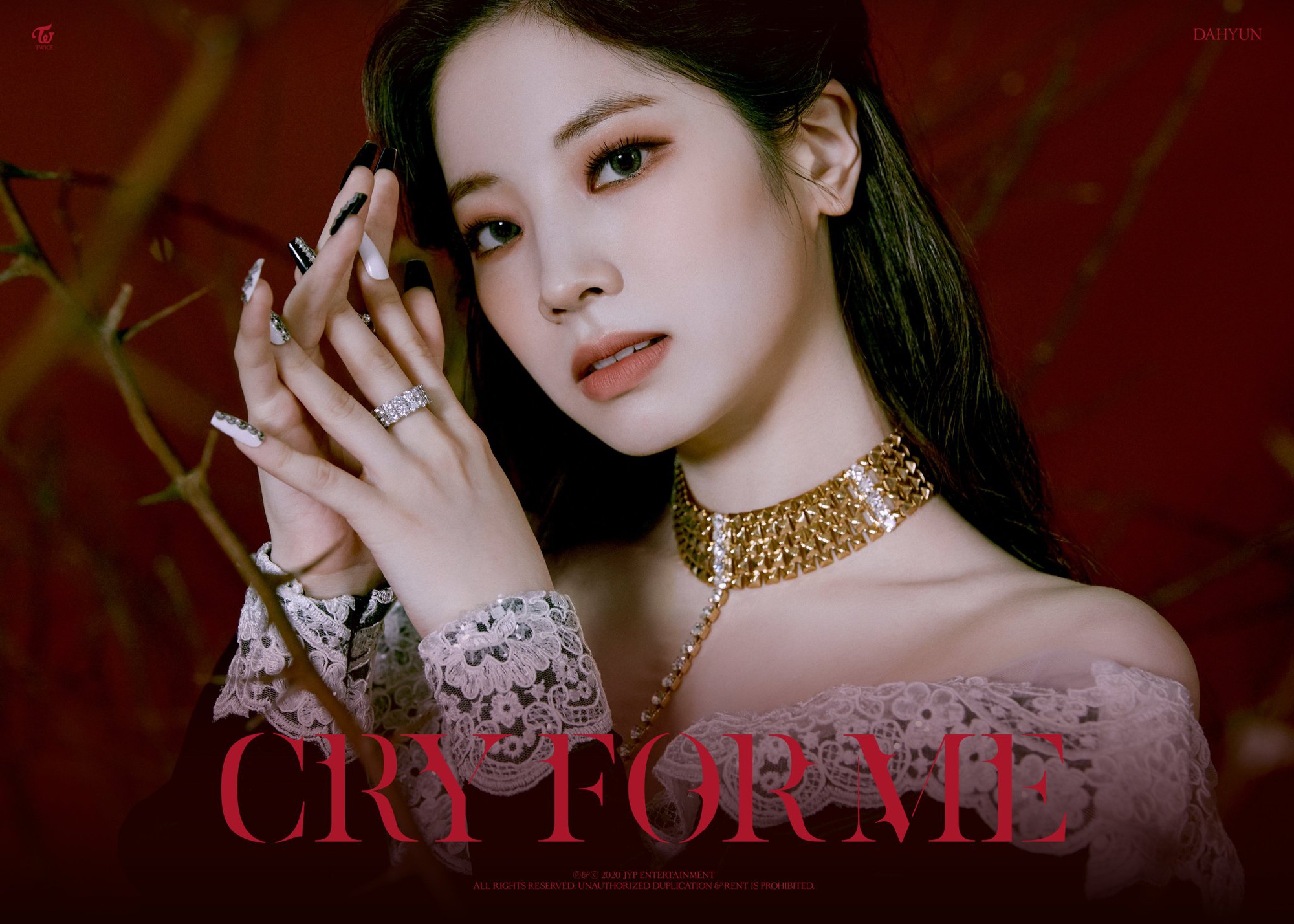 Twice’s dazzling renditions of their hit singles “More & More” and “I Can’t Stop Me” at the 2020 Mnet Asian Music Awards set the stage for an unexpected finale: the previously-unheard track “Cry for Me.” After their performance drew widespread praise online, the group officially released the song on December 18. With catchy melodies whose constant motion mirrors the lyrics’ ambivalence toward a difficult relationship, Twice’s surprise gift will surely bring tears of joy to fans’ eyes.

For the nine members of Twice — Nayeon, Jeongyeon, Momo, Sana, Jihyo, Mina, Dahyun, Chaeyoung, and Tzuyu — “Cry for Me” represents a remarkable willingness to explore new musical concepts. Emerging from a stately chorale of synths, Nayeon’s opening lines immediately create a different atmosphere from the carefree cheer that defined many of Twice’s early releases. “I know there’s no point trying to change you,” she begins, a blunt admission whose confidence sharpens as the underlying harmonies shift from minor to major and Mina brings the verse to an end over an intensifying beat.

Following the light but resolute tone of alternating lines from Dahyun and Momo, Jeongyeon’s powerful voice carries the track to its soaring first chorus, where Jihyo invokes the title in a burst of energy: “I want you to cry, cry for me / Just like I cried, cry for me.” The chorus takes a huge risk by combining two contrasting melodic motifs, but their development from the same chord progression provides both cohesion and refreshing variety.

The second verse offsets the chorus’ bold assurance. “I don’t know but I just can’t seem to hate you / Always defending you in front of my friends / Made a fool of myself,” Sana begins, with the music’s narrowing intervals and more frequent pauses highlighting the lyrics’ uncertainty. “Why do you keep smiling at me?” Chaeyoung continues. “Just one tear is all it takes.”

For the rest of the song, Nayeon’s occasional harmonizing embellishes but never overpowers her groupmates’ voices. Along with Mina and Tzuyu, she lends the bridge a measured, tentative character that only amplifies the impact of the final chorus. After a turbulent musical and emotional journey, the faint echo of Chaeyoung’s last line is as surprising a statement as “Cry for Me” itself.