LA Rap Trio Swilmot on Origins and Next Steps 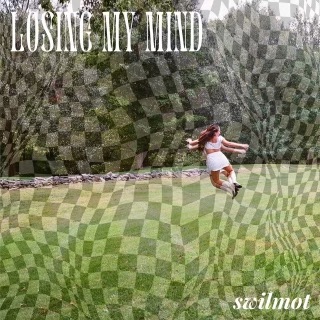 Composed of rappers Garnett March and P.J. Smith and producer Will Newhart, the group formed during the spring of their senior year of high school in Studio City.

March and Smith first started rapping for fun, freestyling after school while playing Xbox. Big fans of Playboi Carti, the friends tried their best to imitate the Atlanta rapper by finding “Playboi Carti type beats” online, according to Smith.

“We would get beats off of YouTube and just rap,” March said. “We realized we were kind of nice at it and from there we decided to actually record something.”

After deciding to earnestly pursue rap, the next step for March and Smith was to find a producer that could make them original, copyright-free beats.

Through a mutual friend, the pair tracked down Newhart, who had been making music since he was 10 years old.

“I started producing in fourth grade because my elementary school and middle school had a recording lab where they taught you GarageBand and Logic Pro,” Newhart said. “I just kind of stuck with it and built up more gear and more expertise.”

Once March and Smith connected with Newhart, the trio immediately got to work, forming a group chat where Newhart could send the rappers beats.

“I sent them a beat that I was calling ‘Arabian Nights’ at the time and told them that it was a throwaway,” Newhart said. “And then PJ and Garnett were like, ‘Dude this is the throwaway?’ which made me realize that maybe it was actually pretty good.”

After receiving the “Arabian Nights” beat from Newhart, March and Smith started to craft lyrics to it. March remembers writing raps in his high school dean’s office in preparation for an afterschool recording session.

The trio recorded over the “Arabian Nights” beat at Newhart’s house, subsequently releasing the track as a single called “Tender Greens.”

Within a few weeks, “Tender Greens” had garnered over 50,000 streams on SoundCloud, eventually topping the number out at 79,000.

Although the trio had recorded the track with the primary objective of having fun, the SoundCloud response was an affirmation of the group’s musical compatibility.

“It definitely felt like a bit of a breakthrough for me, honestly, because I had been producing for a while,” Newhart said. “It wasn’t a totally serious song, but that was the first release where it felt like I was starting to approach something that looks like real music.”

Over the next two months following “Tender Greens,” the trio gathered to record at Newhart’s house almost every weekend. Smith says the group’s recording pace was organic and motivated by the success of their first single.

“We just really liked making music together,” Smith said. “We knew we had a bunch of songs that we wanted to make and they kind of just came together.”

Smith added that the trio functions best when all three members equally contribute to make a track.

However, March and Smith admitted that they have an ongoing friendly competition as the two rappers in the group to see who writes the better verse on each song.

“I mean you start off with whatever you think sounds good,” Smith said. “Then you hear the other person's verse and you're like, ‘Damn he kind of shitted on me, like he really stepped it up.’”

Beyond Playboi Carti, the group takes inspiration from a wide array of influences, from Texas-born collective Brockhampton to the genre of House music, according to Newhart.

“In terms of production I've been super influenced by artists like Disclosure and Kaytranada and trying to put rap on top of that sound,” Newhart said. “I think House is awesome and there needs to be more of that.”

After graduating high school in 2019 and weathering the onset of the pandemic in 2020, Swilmot took a brief hiatus from making music before returningthis past June with the single “212.”

Still full-time students, the trio remains committed to the dream of a career in music.

“I would love to be a part of something, musically, where my creativity allows me to make a career off it,” Smith said. “I would also like to finish college, but if we were to really, really blow up, I would have some thinking to do at least.”

On Sept. 10, the trio released their second single of the year “Losing My Mind,” now streaming on all platforms.