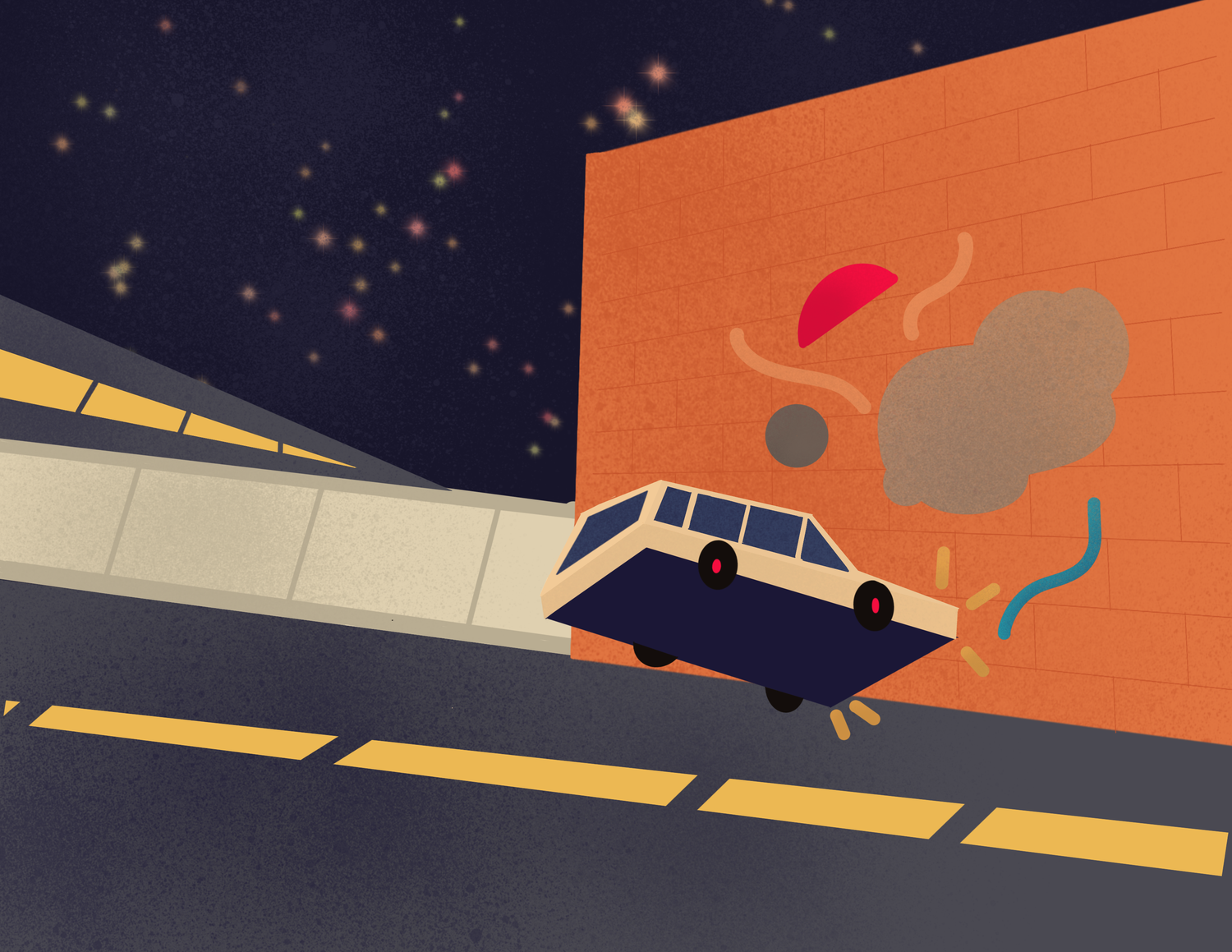 It's Hard to Find Parking on Bow Street

Late one lukewarm October night, a car careened off of Mount Auburn Street and crashed into the building of a semi-secret Sorrento Square social organization that used to occasionally publish a so-called humor magazine.
By William S. Hahn and Jem K. Williams

Late one lukewarm October night, a car careened off of Mount Auburn Street and crashed into the building of a semi-secret Sorrento Square social organization that used to occasionally publish a so-called humor magazine. Luckily, favorite nearby storefronts were left unharmed — Insomnia Cookies is still up and running, and Playa Bowls still charges $13 for an alright acai bowl with goji berries.

Bystanders at the scene could barely hear the car's alarm over the thunderous cheers and applause from the nearby Harvard students. Crimson reporters on the scene interviewed students nearby.

A member of the class of 2025, who prefers to go unnamed, talked fervently about their fears of potential future attacks on other Harvard buildings: "I live at the Inn, and I'm just terrified to go back to my dorm now. We already have it so rough there. Just yesterday, my personal sushi chef forgot that I can't handle wasabi in my salmon poke bowls."

Another student expressed theories regarding potential malicious intent: "Could this be a targeted attack? I mean, the Harvard Lampoon did release a magazine somewhat recently, in August. Maybe the driver read that and had the understandable response of wanting to end the publication for good."

Crimson reporters were also able to catch up with the driver himself. After all, what was he going to do, drive his gray Ford sedan away? When questioned as to what could have motivated him to drive right into the Lampoon building, he had a lot to say on the matter.

“Honestly, it was the easiest place for me to get into,” the driver recalled, “I was prowling around Cambridge, seeing scores of Harvard students all over the place, when I suddenly got the urge to drive into the printers on the first floor of Lamont.”

“The ones that never work?” the Crimson reporter responded, with an approving wag of their finger and a nod of their head.

“You know the ones! But that was just never going to work out, I guess. The security guards at the gates didn't let me in the yard without a Harvard ID."

The driver continued, "So then I tried to crash into that one final club across from Lowell, you know the one that always plays music so loudly at 2 p.m. or 2 a.m. The Gnat or something.”

“Yeah! But the bouncer threw me out after saying I wasn’t on the list and asking me if I knew anyone. Apparently I was supposed to come back with some embossed envelope with unexpectedly good cursive on the front. Whatever."

Expressing regret at not being able to hit his two preferred targets, the driver was promptly summoned to appear in court for "Operating a Motor Vehicle with Revoked Insurance and an Uninsured Motor Vehicle," as stated eloquently by a CPD spokesperson. Looking at the bent over parking meter, the warped signpost, and utter disrespect given to the bike lane, it does make one wonder why his ability to drive was ever called into question.

As the scene finally calmed down and the crashed car was towed away, the driver did have one last thing to add: "You know there was one other building that honestly shouldn't have been so difficult to crash into. It was crazy exclusive.”

“Oh, you’re talking about the Spee aren’t you?” said the Crimson reporter.

“No! CAMHS,” said the driver. “The receptionist at the front desk stopped me. Apparently I couldn’t get in until late November."