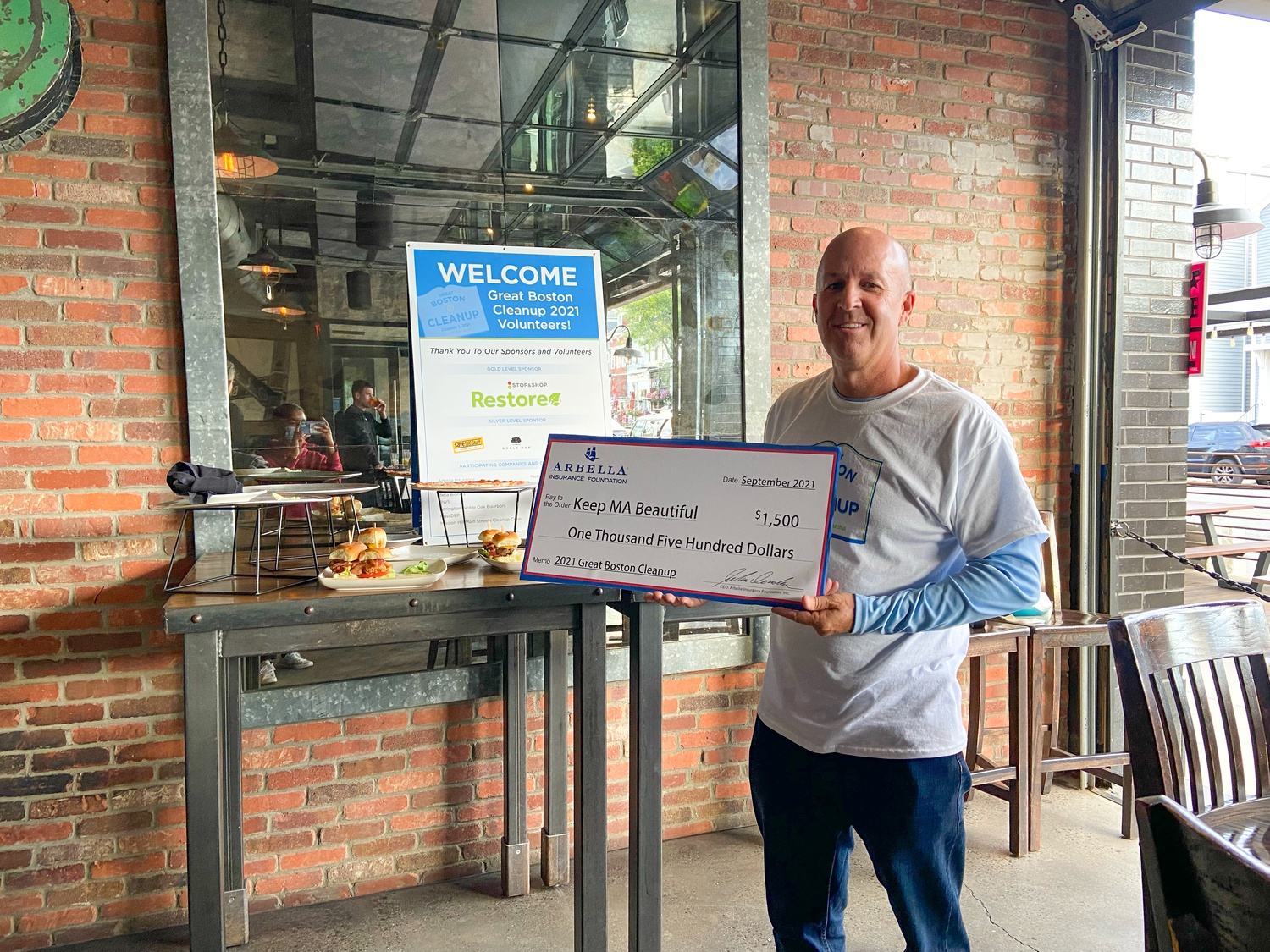 “Beauty matters” is the motto of Keep Massachusetts Beautiful. The organization believes that by improving the physical appearance of a place, it improves the likelihood that residents will take better care of it in the future. But it was also founded in 1953 by the Coca-Cola Company and PepsiCo, two companies engaged in and dependent upon the mass production of single-use plastics.
By Proof S. Reed and Jem K. Williams

In Spring 2008, Neil Rhein found himself becoming more and more disillusioned with the trash littering the streets of his town, Mansfield, Mass. He would complain to his wife daily until one day, she hit him with the old adage: “Instead of just complaining about it, why don’t you do something about it?”

So Rhein organized a group of volunteers to partake in the first of many large-scale clean-up events. It led to the creation of Keep Mansfield Beautiful, which Rhein eventually expanded to involve several other newly founded chapters across Massachusetts to form Keep Massachusetts Beautiful, a chapter of the national organization Keep America Beautiful.

At the Great Boston Clean-Up on Oct. 1, Keep Massachusetts Beautiful once again engaged corporate and individual volunteers across the city in cleaning up the streets. Residents of the Boston area came together for the common purpose of restoring beauty to their neighborhoods. No contribution was too small, and each piece of trash retrieved was a movement toward the greater good.

“Beauty matters” is the motto of Keep Massachusetts Beautiful. The organization believes that by improving the physical appearance of a place, it improves the likelihood that residents will take better care of it in the future. It achieves this end not only through clean-up events, but also through waste reduction and recycling, beautification and community greening, and environmental education programs. These efforts aim at not only physical and visual improvement of the landscape, but also prevention of the factors that lead to the accumulation of litter.

While some of Keep Massachusetts Beautiful’s programs are geared toward individual volunteers, Friday’s clean-up was more tailored toward a “corporate audience,” Rhein says — Boston businesses signed up employees in groups to spend the afternoon cleaning up their local communities. Rhein noted he thought it was important to reach out to businesses active in the city, since his organization’s mission is all about getting people to take ownership of the communities they live and work in.

While some of the groups participating were environmental activist groups, such as the Berklee College Sustainability Coalition, some belonged to businesses that themselves engage in production of single-use plastic — perpetuating the issue they were spending the afternoon trying to solve.

Jay Westerveld, an environmental activist and researcher, is credited with coining a term for this: “greenwashing,” which describes “the corporate practice of making diverting sustainability claims to cover a questionable environmental record.” The term refers to a widespread phenomenon of companies producing advertising that either implies or directly claims that their impact is in some way helpful to the environment.

These claims are often unsubstantiated and sometimes significantly contradicted by the company’s actual environmental record. Perhaps the most notable historical examples of greenwashing are the ads run by Chevron claiming that they protected animals while they were simultaneously violating the Clean Air and Water Acts and spilling oil into wildlife refuges.

Judith A. Enck, a former EPA regional administrator for the Obama administration and president of Beyond Plastics, an organization based out of Bennington College that seeks to advocate for and enact policy aimed at ending plastic pollution, is highly critical of Keep America Beautiful.

“We cannot recycle our way out of the plastic pollution problem,” Enck says, arguing that Keep America Beautiful is one of the main groups perpetuating the “myth of personal responsibility” in environmental clean-up.

Enck believes the solution lies in policy change, not individual clean-up events, referencing a report that Keep America Beautiful released in April urging every American to pick up 152 pieces of litter to contribute to environmental clean-up. “I think it’s more important for Americans to make 152 phone calls to Congress and state legislators,” she says, calling the campaign “farcical.”

Rhein recognizes the existence of greenwashing, and admits the organization’s founding ties to beverage companies producing single-use plastic. Yet he says it is not realistic to ask big beverage companies to fold up their tents and cease selling their products altogether. Rhein reiterates the power of volunteer clean-up, saying: “There are 700 affiliates around the nation, millions of volunteers cleaning up tons of trash year after year after year. If that’s greenwashing, then I guess I support greenwashing.”

In some ways, Rhein and Enck have the same goals. Rhein says the Massachusetts chapter is committed to advocating for policy change and references support for extended producer responsibility laws currently moving their way through the state legislature. Enck also highlights such bills, saying she would hope to see support from Keep America Beautiful on raising the bottle tax from a nickel to a dime and amending the bill to include more types of single-use plastic bottles.

Even some volunteers at the Oct. 1 event are interested in policy change. Michael R. Sokolowski notes that he believes part of the solution is striving to solve the conditions creating the litter problem, saying: “Let’s invest in new materials.” If we can hold these companies accountable to do better in terms of producing biodegradable materials, he adds, then we might be able to minimize the environmental impact caused by litter.

“I think everyone who was recruited to do the litter cleanup should contact their state legislators and Massachusetts to support that bill, because then we’ll have a whole lot less litter to have to clean up next time,” Enck says.

And to employers signing up to volunteer, Rhein adds: “We welcome anyone who wants to help.”