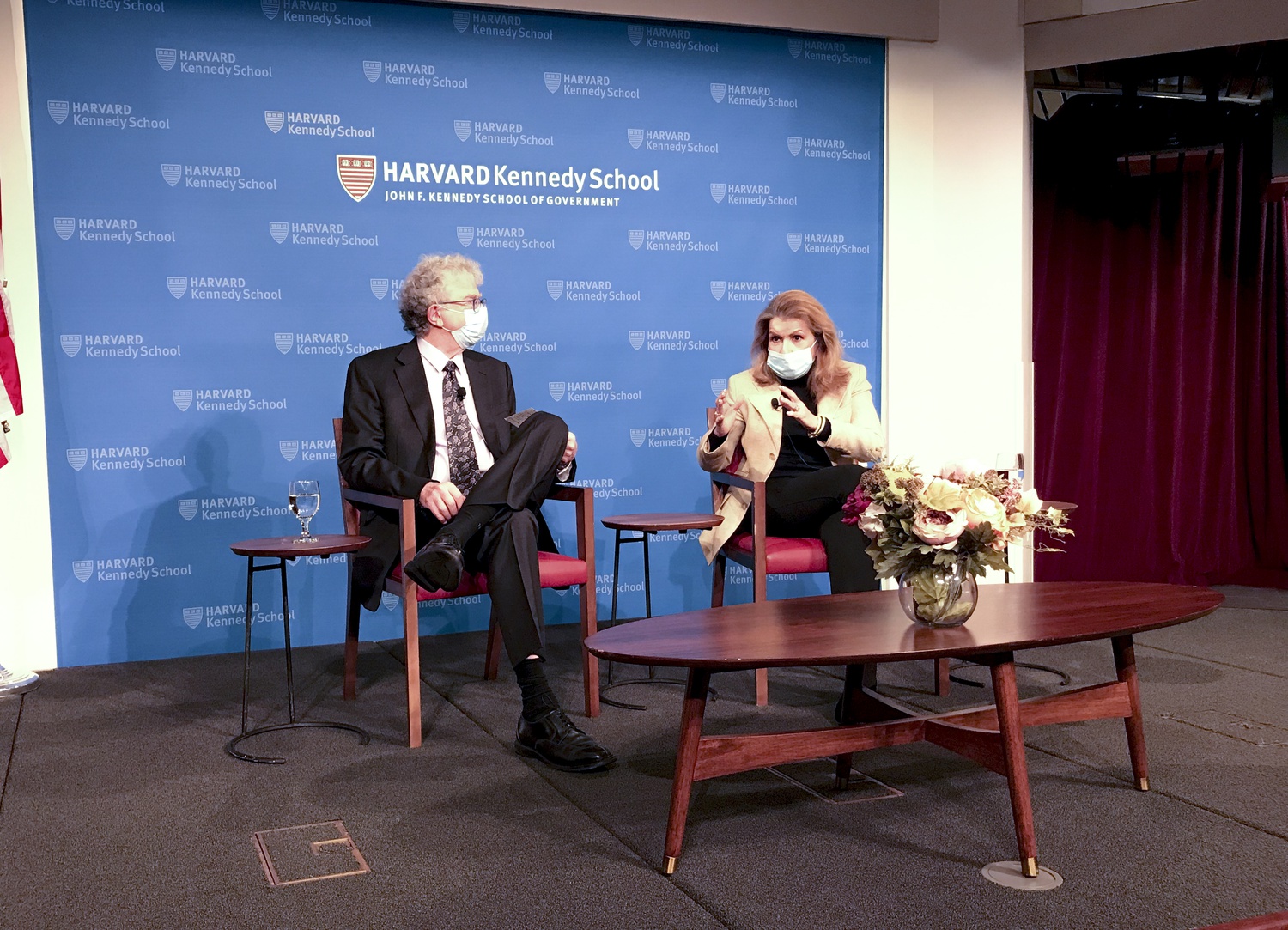 World Bank Group Chief Economist Carmen M. Reinhart discussed the effects of post-pandemic debt and inflation on emerging markets during the Institute of Politics’s Gordon Lecture at the JFK Jr. Forum on Wednesday.

Reinhart, who is currently on leave from her professorship at the Kennedy School, started the conversation by expressing her delight at returning to Harvard.

Reinhart explained the genesis of “classic” financial bubbles, which are “fueled by excesses.”

She also discussed the differences between the global financial crisis in 2008 — which, prior to Covid-19, was the most significant worldwide economic event since the Great Depression — and the post-pandemic financial reality.

“I think the risks of the 2008 to 2009 type classic model is different,” Reinhart said. “I think inflation was not in the picture back then.”

Reinhart also addressed the issue of government debt, and whether it is sustainable.​​ Effective methods of lowering the ratio of debt to GDP include fiscal tightening and devaluing currency, she said.

“The options are fiscal tightening, otherwise known as austerity — that can come through lower expenditures, higher taxes, or a combination of the two,” she said.

“Another one, which is less orthodox, is if the debt is in domestic currency — which is not the case for many emerging markets and is not the case right now, by the way, for Italy and Greece — you can inflate and erode the value of the debt,” Reinhart added.

An underlying theme of the discussion was the effects of economic phenomena on emerging markets and low-income countries. For instance, developing countries have a lower debt tolerance than advanced economies and inflation acts as a particularly regressive tax in these countries, she explained.

“Inflation is a tax. It’s a very regressive tax,” Reinhart said. “Working with low-income countries ... highlights just how regressive it is, because it is in the lower income strata where the largest share of the budget goes to food, energy, and basic necessities.”

Prior to her post at the World Bank, Reinhart served as the Senior Policy Advisor and Deputy Director of the Research Department at the International Monetary Fund, and as Chief Economist and Vice President at Bear Stearns, an investment bank.

The conversation — moderated by Jeffrey Frankel, a professor at HKS — concluded with questions from the audience.

In response to a question on debt restructuring, Reinhart acknowledged that, although there is a need for restructuring, there are many roadblocks to significant economic reform.

“Creditors want to be repaid in full, debtors want a haircut, and where I’m going with this is, to get to the point where a cohesive international move to do something about debt restructuring comes about, usually takes a very long time, because you’re starting from these polar opposites,” she said.