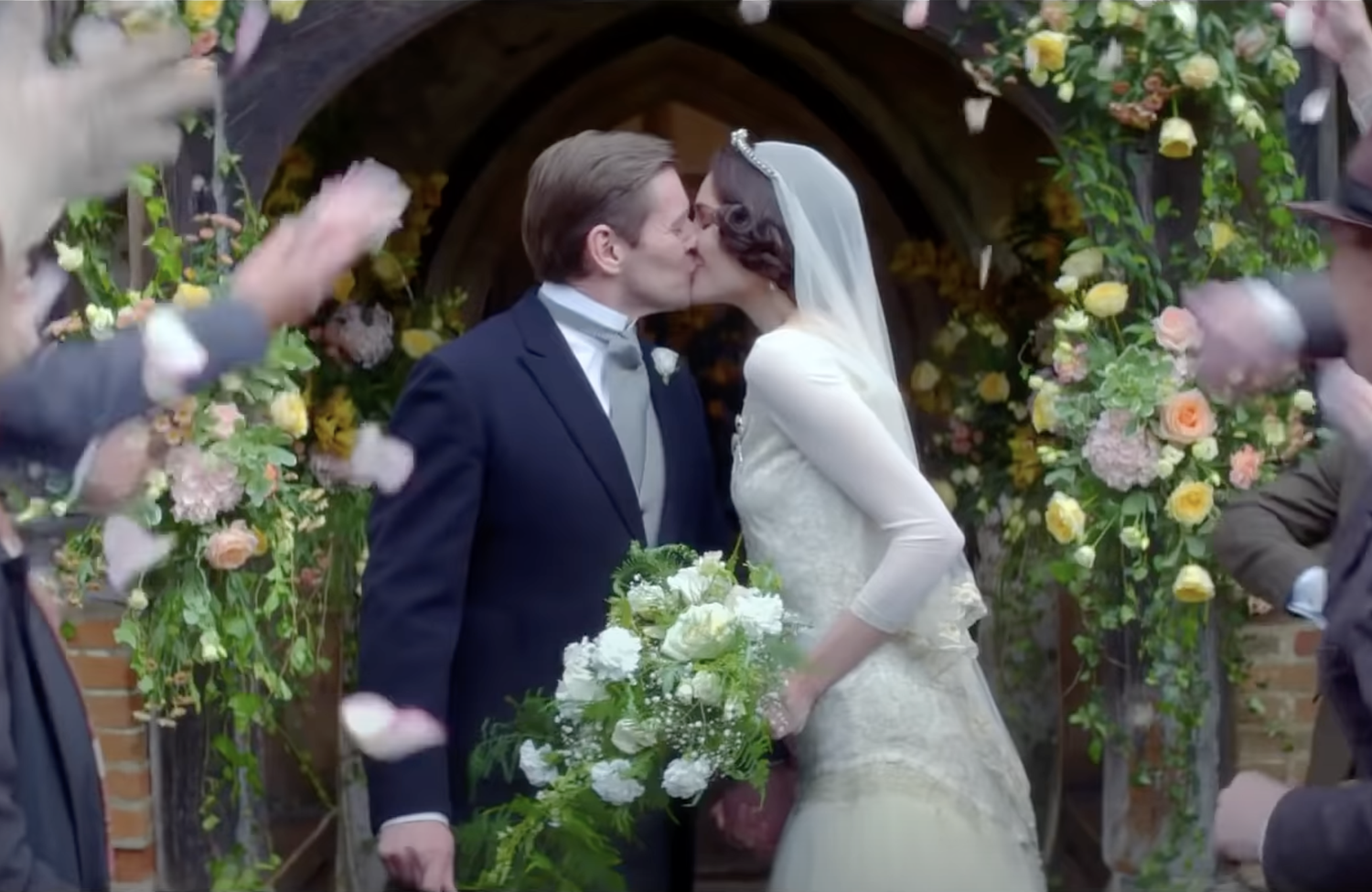 "Downton Abbey: A New Era" will be released on March 18, 2022. By Courtesy of Focus Features
By Arielle C. Frommer, Contributing Writer

This article contains spoilers for the “Downton Abbey” movie.

After six seasons, one movie, two companion books, and numerous accolades, audiences may wonder whether there is any story left to tell in the world of “Downton Abbey.” The show, produced by Julian Fellowes, follows a 20th-century English aristocratic family and the affairs of their estate. The teaser trailer released for the franchise’s upcoming sequel movie proves that there absolutely are stories at Downton Abbey still untold.

This first trailer for the latest installment in the “Downton Abbey” canon, aptly titled “Downton Abbey 2: A New Era,” picks up after the first movie and takes the characters in new directions. The movie seems to explore the themes of change and adaptability that characterized the later seasons of the TV series and the first movie, as the aristocratic world that the characters inhabit must evolve to keep up with the modernizing world.

The trailer opens with a classic shot of the iconic Yorkshire estate that is Downton Abbey — actually shot at Highclere Castle in Hampshire, England. Our first look at the nobility who star in the movie comes as familiar figures in sophisticated attire walk across the lawn parasols in hand: Lady Edith (Laura Carmichael), Lord Hexham (Harry Hadden-Paton), Lord Grantham’s cousin Lady Rosamund (Samantha Bond), and another unidentified woman.

The next few shots reveal the return of more characters in the next few shots: the matriarch of the family, Dowager Countess Violet of Grantham, played by the venerable Dame Maggie Smith, and the two sisters, Edith and Lady Mary (Michelle Dockery), both through several scenes in the familiar mahogany panels and rich tapestries of Downton Abbey’s library. We get an adorable image of Lord Robert Crawley of Grantham (Hugh Bonneville) hugging his grandchild Sybbie, who has gotten a bit older. One of the enjoyable aspects of the show has been watching the Downton children grow up, and the glimpses of them in the trailer indicate that they may be playing a larger role in the story, especially since they are the future heirs to Downton.

Next, we see a painted portrait of a striking young Lady Violet, which the retired butler Carson (Jim Carter) looks upon with surprise and interest. The Dowager begins describing some part of her ever-mysterious past, of which the series has only given us tantalizing glimpses, much to the curiosity of the viewers and other characters in the show.

Then she says the line that is the crux of the trailer: “I have come into the possession of a villa in the south of France.” This line, analogous to “The Queen and King are coming to Downton” from the first movie, reveals the film’s main plot, which will center around the family inheriting another estate and dealing with the trials and tribulations that come with this new change. This development will allow the characters to continue evolving into stewards of their aristocratic world while providing new challenges and opportunities for the non-aristocratic part of the cast.

We get a view of the villa itself, an elegant marble mansion amid a lush landscape dotted with palms, interspersed with shots of the family exploring the estate, various members of the Downton staff, and a sweet moment as Anna (Joanne Froggatt) and Mr. Bates (Brendan Coyle) hold their child.

We also get a shot of the Downton family posing for wedding photos with Tom Branson (Allen Leech) and Lucy Smith (Tuppence Middleton) and her mother Maud (Imelda Staunton), and later we see a scene of their marriage as guests shower flowers over a joyful kiss between Tom and Lucy. While Lucy and Tom are a wonderful match, and a much better alternative to his previous romantic pursuits (excluding Lady Sybil, of course), fans may feel that their storyline, which was entirely introduced in the previous movie, was a bit rushed, especially compared to the slow-burn romance between Tom and Lady Sybil. The writers clearly want to give Tom a happy ending with a kind and relatable partner, and viewers will likely be glad to see that he has fully healed and moved on. Perhaps this movie will allow the Tom-Lucy storyline to become more fleshed-out as their relationship progresses.

Next appears a mysterious lady (played by Laura Haddock) with white-blonde hair, red lipstick, and an icy blue dress who enters Downton with purposeful strides. Could she be a potential antagonist? Possibly another claimant to the French estate? Her appearance in the trailer is minimal yet impactful to viewers through her presence and sense of purpose. Thomas Barrow (Robert James-Collier) follows her into the main hall of Downton, and we see he is continuing to serve as butler to Downton. Viewers will also stand to expect more development for his complex storyline as he learns to accept his sexuality and possibly pursue the romantic interest that the first film hinted at.

We get another snapshot of Edith and her husband Bertie dancing in a ballroom scene that is hopefully one of many dashing ballroom scenes that viewers will witness. In the previous film, Edith revealed to an overjoyed Bertie that she was pregnant, so this film will hopefully advance their storyline and continue building their relationship. We also see Lord and Lady Grantham cruising through a beautiful coastal bay amid another picturesque shot of the villa, and an evening ball beside a pillared mansion lit from within. The next scenes feature a singer dressed in a fashionable gown and headdress, and a shot of Lady Isobel (Penelope Wilton) descending a sweeping double staircase with salmon-pink walls and palms highly evocative of a tropical paradise.

The penultimate scene in the trailer is of the beloved Carson making a witty remark to his friend and partner Mrs. Hughes (Phyllis Logan): “The British are coming.” Perhaps this indicates a future conflict between the denizens of Downton and the presumably French previous owners of the newly acquired villa.

The final scene is a charming, quintessential exchange — the family, dressed in glamorous evening attire in the finery of their sitting room, exchange witty remarks and amused glances as a jazzy rendition of the theme music plays in the background.

“Downton Abbey” is about change and legacy, embracing the new while adapting the traditions of old for the modern world. The movie itself is certainly about progress; the title is “A New Era,” and its premise invites many changes into the characters’ lives and futures. As the characters start to navigate an increasingly modernized world, fans will likely witness this new plot as both a way to strengthen the Downton estate and another opportunity for the cast to confront the changes of the modern world.

Fans of the show will be excited for what is shaping up to be a triumphant return to these characters’ lives. The movie will likely serve the same purpose as the last movie did; an extension of the characters’ storylines and a satisfying conclusion to the Downton Abbey canon that still opens new avenues for future stories.

“Downton Abbey 2: A New Era” will be released in theaters this March. Watch the trailer here.