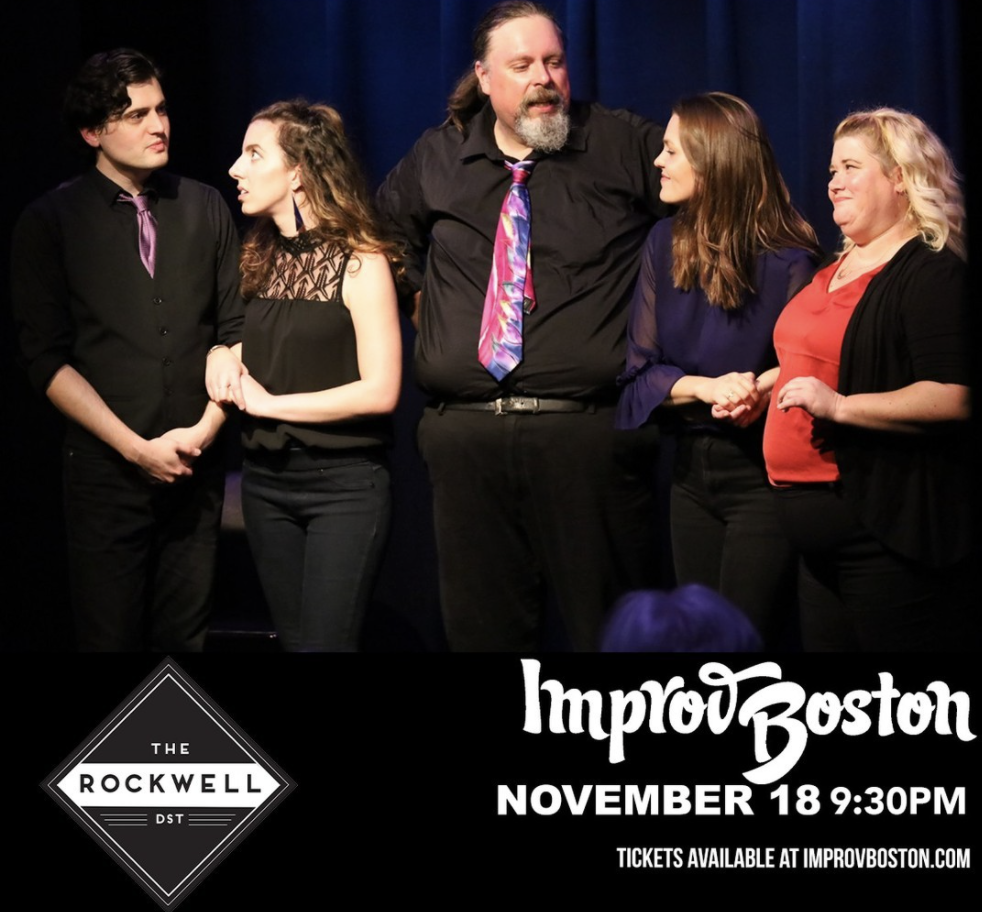 You can never know just what to expect from an improv show — after all, each show from the same cast will, by definition, be unique, shaped by the audience and the mood of that night. As an audience member, one just hopes for a good dose of laughter. But based on their performance on Nov. 18, ImprovBoston, performing on Thursday nights out of the Rockwell Theater in Davis Square, delivers a high-energy evening that manages to wring at least a few laughs from each audience member, even though the show does not quite manage to pack a punch the whole way through.

ImprovBoston’s cast of six hits the ground running with a quick introduction to the concept of improv comedy before soliciting audience suggestions and diving into a mixture of short- and long-form improv. Alongside the performers on stage are a keyboardist providing musical accompaniment and a technical team for sound and lighting who must adapt on the fly to shape the trajectory of the performance. The cast members deftly incorporate audience suggestions and clearly have good chemistry, diving into scenes about Chuck-E-Cheese locations in volcanoes and schemes to flush cats down toilets. The zany situational humor may not be everyone’s cup of tea, but the constant momentum means there are enough styles of jokes to cover all the bases.

The cast is at its best when it leans into the musical element of the show. For starters, the keyboard player’s nonstop accompaniment during the two-hour show is a highlight, both adapting to the shifting tones of each scene and guiding the narrative shifts. Occasionally, cast members also burst into full musical numbers, coming up with lyrics to match the keyboard melody. Even in the comedic context, all the performers are strong vocalists, and certain songs — like a full musical number about cats in the sewer system — could have believably been written and practiced in advance.

On the other hand, the technical components are one of the weaker components of the experience. There seemed to be several hiccups with the lighting, and though they did not impede the overall experience significantly, they undercut the production’s professionalism.

Still, the cast provides polish where the technicians fall short. The performers’ skill comes through with the development of comedic ideas and callbacks over the course of the show. One of the most exciting parts of an improv show is when a joke surprises the audience with an interesting take on a previous scene, and the ImprovBoston cast crafts several of those moments by carrying multiple themes from the beginning to the end of the show. This particularly made the latter half of the performance memorable, but after two hours even the best jokes get old. The show gets less snappy as certain scenes drag on longer than they should have. The format does not include enough new structures or twists to keep the audience engaged the entire time. But the production ends on a strong note with a final game relying heavily on audience suggestions, suggesting that perhaps more games and structure could help keep things moving.

ImprovBoston may not be a groundbreaking comedic revelation, but the personable and talented cast can nevertheless provide something fresh to boost energy and laughter on a Thursday evening.