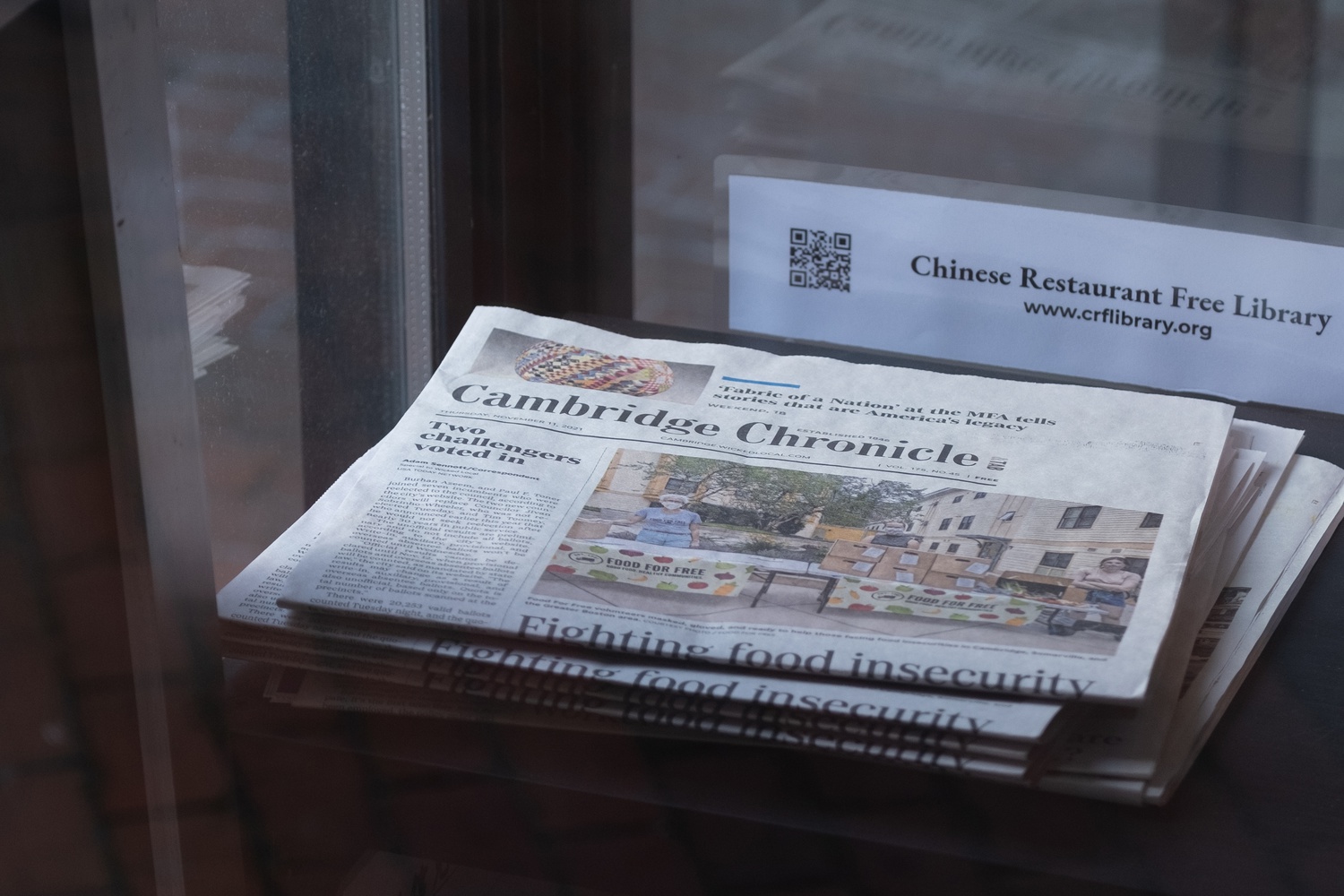 In her swan song column, Amy Saltzman, until recently the Cambridge Chronicle’s only full-time reporter, did not mince words, arguing that “media is underfunded and under siege.” Her own experience at the Chronicle, the oldest surviving weekly newspaper in the United States, supports her diagnosis of the industry. When hired in 2012, Saltzman was one of a full team of reporters and several photographers, and an editor. Four years later, she was the only member of the team.

Saltzman, who has left the paper for a teaching job at Boston University, has been replaced by another full-time employee, so at least one other individual is left to man the ship. But her departure and column cast a glaring light on the decimation of the Chronicle’s staff and, more broadly, the wilting state of local journalism.

It would be dishonest to spin Saltzman’s departure to argue only one man is left reporting in Cambridge. The Boston Globe covers Cambridge extensively and, not to toot our own horn, The Crimson itself aims to cover news relevant to all Cantabridgians. But the Globe juggles covering all of New England and appealing to a national audience, just as we juggle this paper with classes. The dedication local papers have to only covering life in their localities is unique, and crucial to a functioning democracy. Having an eye constantly trained on Cambridge politics means local papers like the Chronicle can serve as a watchdog and check to power. A familiar eye can pick out the stories, large and small, that really matter to local residents. But the capacity of the Chronicle, and all local papers, to serve as a watchdog and best serve its audience is neutered when staff gets whittled down to one.

Local media is in deep trouble. Classic revenue streams for papers — print ads and classifieds — have slowed, to put it generously, to a trickle (and the digital ads market, dominated by the Googles and the Facebooks of the world, has proven a poor replacement). In an age where much of the internet is free to access, 80 percent of Americans throw their hands up at paywalls rather than subscribe to a paper. Many, like the Cambridge Chronicle, must rely on being bought up by giant media conglomerates to stay afloat. But acquisition has not treated the Chronicle well. Staff cuts came soon after the paper was bought by GateHouse Media, which left staff working 36 hours straight in a scramble to cover events, like the Boston Marathon bombing, that had a seismic effect on Cambridge. After a merger, the Chronicle is now owned by Gannett, the biggest player of them all, which, as of 2019, owned one-sixth of all print papers in the nation.

Though perhaps undesirable, acquisition by a conglomerate, or even a hedge fund, can be one of the few options papers have to stay afloat; an end which, undoubtedly, is good (yay employment!). The proliferation of nonprofit newsrooms like the Texas Tribune and Tampa Bay Times is encouraging, but starting one requires enormous fundraising campaigns. Publishers and journalists are trying to get entrepreneurial. Maria Ressa, one of two journalists awarded the Nobel Prize this year, is CEO of Rappler, a digital media company focused on watchdog investigative journalism; Axios is attempting to “bundle” local newspapers in a single newsletter subscription to spread the love and entice greater readership. We admire these approaches. But ultimately, these new models are not enough to save existing, ailing newspapers.

Heads more creative than ours must be put together to figure out a model to save local journalism. But we have two simple recommendations that can only help. Subscribe to your local newspaper, be that the Chronicle or your hometown; aspiring journalists, consider working at one.