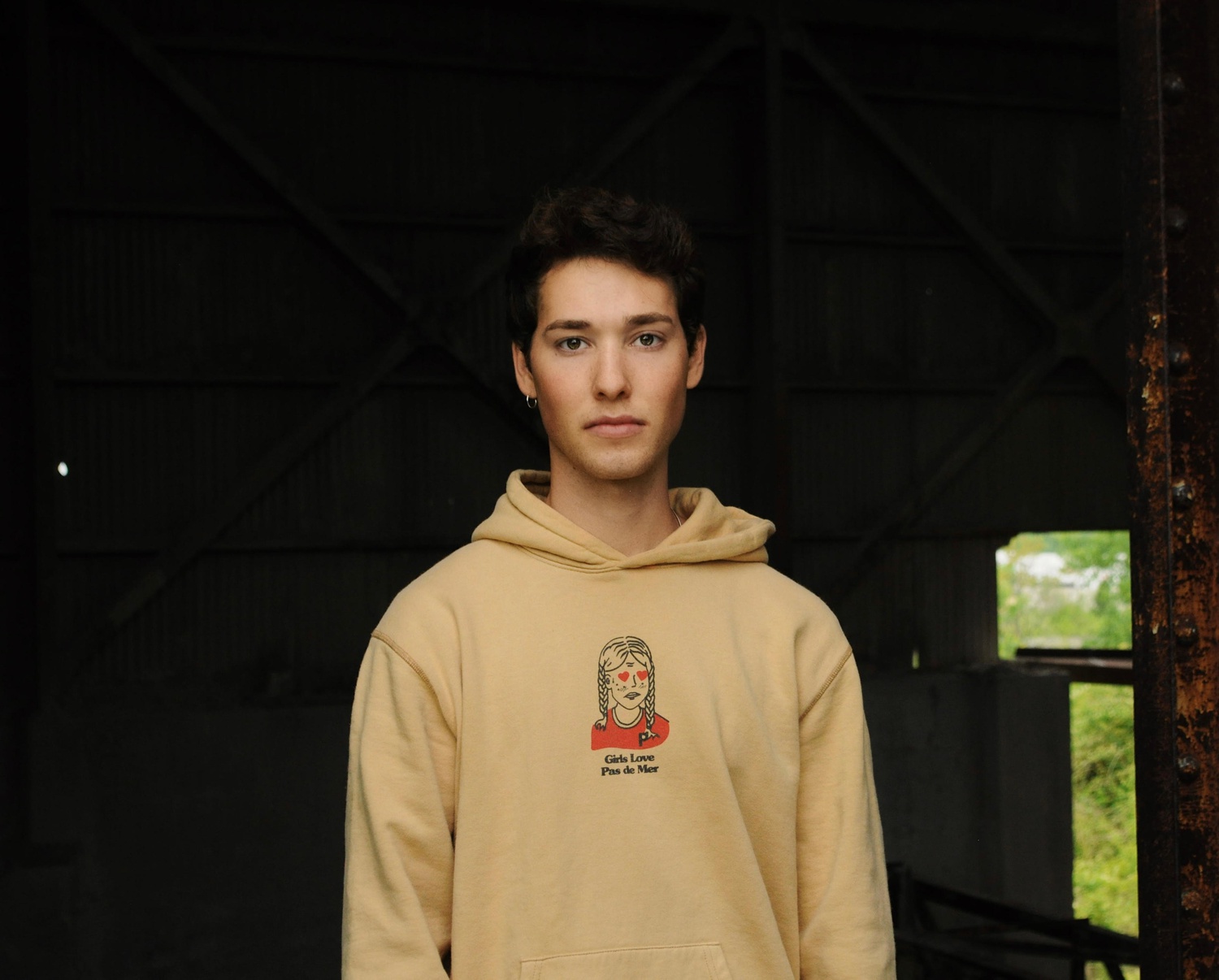 Luke Markinson is a life-long musician, but has only just begun his career as a pop singer.

Born and raised in Los Angeles, Markinson said in an interview with The Harvard Crimson that he first became serious about music while in middle school.

Despite garnering a small following on Vine, Markinson did not decide on a career in music until after leaving high school. It was the onset of the pandemic and the amount of free time that came with it that spurred Markinson to release his first single, “Never Alone,” in 2020.

“I realized I was getting older,” the singer said. “I always knew my passion was making music and it's something that gives me a lot of fulfillment. So I was like, ‘Why not put [“Never Alone”] out into the world and see what happens?’”

Markinson wrote “Never Alone” with the help of Yung Pushpop, a producer from his high school and one-third of the LA rap trio Swilmot. The song takes inspiration from the hyperpop genre, a subgenre of pop that includes the likes of 100 Gecs, Charli XCX, and the late SOPHIE, according to Markinson.

“To me, hyperpop is characterized by really catchy hooks, future-forward production, and effects on vocals,” Markinson said. “I was really inspired by Charlie XCX’s sound and the futuristic production, but still incorporating mainstream elements, songwriting wise.”

Shortly after the release of “Never Alone,” the track was added to Charli XCX’s Apple Music playlist. Markinson said he is unsure of how this placement happened, but is incredibly grateful.

“On Spotify artists can pitch unreleased songs and if the playlist curator likes your song, they'll add it, but there's no sort of pitching tool for Apple Music,” the singer said. “So I guess the playlist guy just discovered my music and added it.”

“I just never thought my first song would ever have a response like that and it felt really good to be validated in that way,” he added.

Since “Never Alone,” Markinson’s music has also been placed on the “Hyperpop” and “Glitch” Spotify playlists. The singer said that he has been embraced by the hyperpop genre, which has become a space for LGBTQ+ artists and listeners.

“From a production standpoint, I know that a lot of trans artists have loved hyperpop, because it's all about shifting your vocals and stuff like that,” Markinson said. “So you can literally change your gender expression and stuff through music, which is amazing.”

The singer credited LGBTQ+ artists such as Kim Petras and SOPHIE as well as allies like Charli XCX with pioneering the sound that has become hyperpop.

Despite feeling a kinship to the genre, the singer said that he is cautious about defining his music solely as hyperpop, for the sake of maintaining his creative authenticity.

“I feel like there's almost a stigma around hyperpop now,” Markinson said. “I'm a little wary of just saying, ‘I make hyperpop,’ because my music really could sound so many different ways.”

According to Markinson, there is a close link between hyperpop and the TikTok music scene, which can prioritize commerciality over creativity when it comes to songwriting. However, the singer said that he still feels an obligation to participate on TikTok.

“It's such a double edged sword,” Markinson said. “Because it's like you have to do it to reach new people and it's great because you can reach new audiences, but also, in a way, I feel like it's watered down the process of making music. Something that's supposed to be very intimate and personal has now been commercialized by TikTok.”

The singer has released ten singles since “Never Alone,” and recently announced a new track, “Tie Me Down,” which dropped Dec. 4. As his career progresses, Markinson said that he hopes his self-expression will attract fans of all ages from all walks of life.

“Identity is a big part of my writing,” Markinson said. “Some of my music is super personal, where I'm talking about dealing with internalized homophobia and my sexuality, but also some of it is just for fun. There’s nothing wrong with writing a pop song that bangs.”