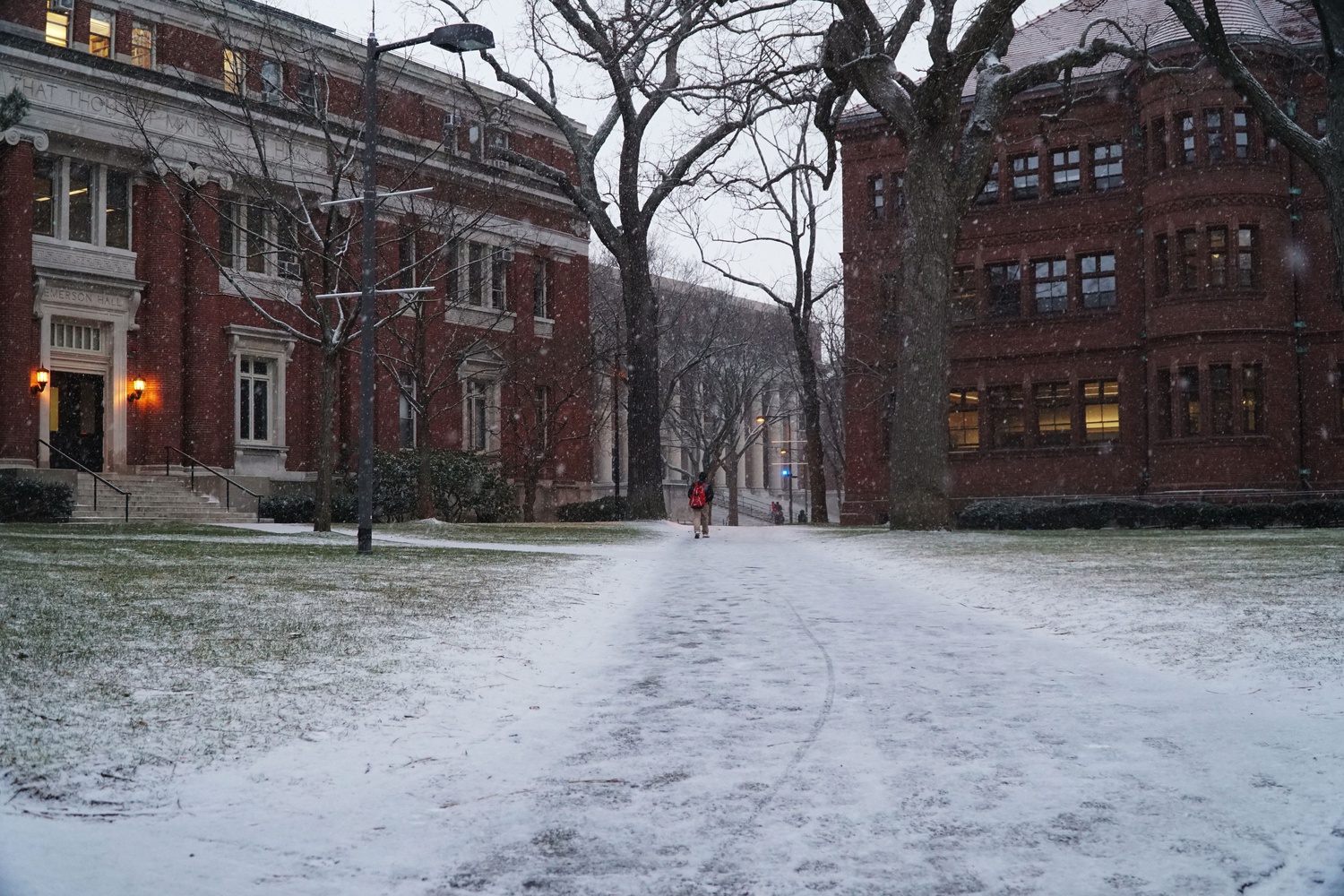 Freshmen charted various paths this semester: They flocked to off-campus apartments with friends, successfully petitioned to live in Harvard's dorms, and opted to take classes from home. By Ryosuke Takashima
By Hannah J. Martinez and Sixiao Yu, Crimson Staff Writers

David C. Huang ’24, a freshman who is living on campus this spring, said he is looking forward to the “small things” once the pandemic subsides.

When the College announced it would prioritize bringing upperclassmen back to campus for the spring semester, some freshmen petitioned to return to campus, while others opted to stay at home; some flocked to off-campus apartments with newly-made friends.

Tianming “Tex” Xie ’24 said he is living off campus with friends he met through a class in the fall.

“We know each other through a class we all took, and I think we’re all good friends,” Xie said. “We wanted to stay close to campus because we knew that a lot of our friends would be around here, and we just wanted to be around Harvard.”

John P. “Jack” Cogbill ’24, who is living in Cambridge in an off-campus apartment, said though he “loves being off-campus,” he misses the convenience of living on campus.

“One of the toughest things about living off-campus is you realize, ‘I’ve got to get my own food now,’” Cogbill lamented. “It was really nice to be on a meal plan because it was brainless. You always know you’re going to get a meal provided somewhere.”

“You don’t realize how long it actually takes to go to Costco, for example, and buy all the stuff you need,” he added. “It can be kind of time-consuming.”

Julia S. Casas ’24, who is also living with off-campus, said preparing meals with her roommate serves as bonding.

“I don’t have much cooking experience and neither does my roommate, but I feel like that’s one way we’ve bonded,” Julia S. Casas ’24 said. “Every night we’ll usually eat dinner together, or at least one meal together, and we’ll cook and listen to music and talk about our day.”

“I think a lot of — at least the people I know that are off campus — are both doing the Harvard testing and the Cambridge testing just because it looks like Harvard testing is once a week, and if you have multiple roommates, it’s probably better to test more than once a week,” Xie said.

Cogbill said he signed up for the University’s voluntary testing program for enrolled off-campus undergraduates.

“I actually just dropped off my test today,” Cogbill said. “It was actually really easy and it’s super helpful.”

Other freshmen said they chose to live at home this semester because it was their most financially prudent option.

“It was just easier to live at home because it’s cheaper,” said Marian Nguyen ’24, who is living at home in Tulsa, Okla.

Chelsea P. Baker ’24, who is living at home in Maryland this semester, said she initially “dreaded” learning from home but has found the experience comparable to living on campus.

“Before the semester started, I dreaded that it would be very different, but so far it’s been pretty similar,” Baker said. “Only thing I would say is vastly different is usually after class or at the end of the day, I would walk to Annenberg with other people that lived in my dorm.”

Some freshmen who successfully petitioned to live in Harvard's dorms this semester said they have adjusted to life on campus.

“I assume there are less freshmen, but I think that a good amount petitioned to come back,” said Gabrielle J. “Gaby” Pesantez ’24, who is living in Wigglesworth Hall.

Though living on campus is "pretty much the same” for Pesantez as it was during the fall semester, she said Harvard has lost some of its “excitement” because it is no longer new to her.