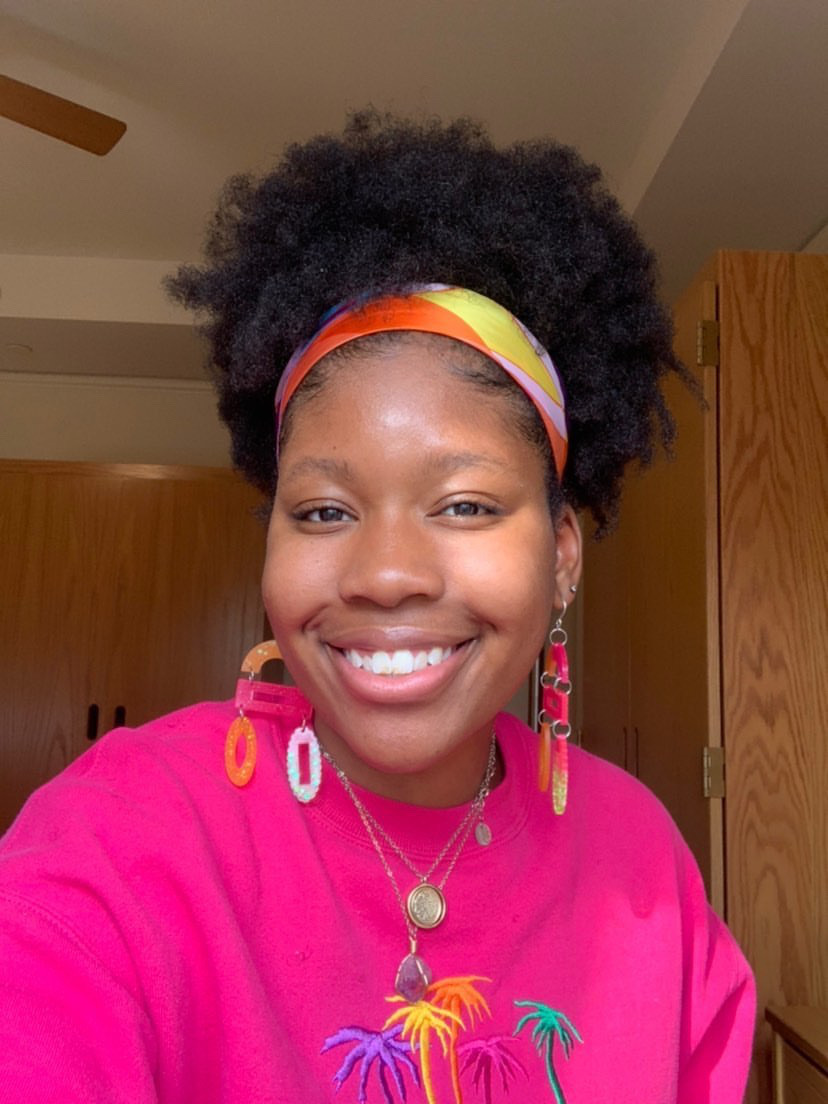 Uzo L. Ngwu '23 By Courtesy of Uzo L. Ngwu
With most of her digital illustrations centered around Black women, Ngwu’s work creates a space of representation for identities often disregarded in the art world.
By Anya L. Henry

Situated underneath the green vines in her dorm room with a smile and a Zoom filter, multidisciplinary artist Uzo L. Ngwu ’23 seems to personify creativity. A student in the dual-degree program through Harvard and the Berklee College of Music, Ngwu’s hope for a better world emanates from the myriad artistic disciplines she’s mastered, from filmmaking to animation to music.

While Ngwu had always been drawn to creative pursuits, she only recently began to view the arts as something capable of holding her full attention. Unlike her older sister, who had been focused on improving her craft since their early childhood days, Ngwu took a bit longer to develop that confidence.

“I was so convinced that art was something [I] could only pursue on the side,” Ngwu said.

After buying an iPad last year, Ngwu was constantly finding new ways to bring her artistic visions to life. From digital art to illustration, filmmaking, animation, music, and acting, Ngwu shifts smoothly between a variety of media. 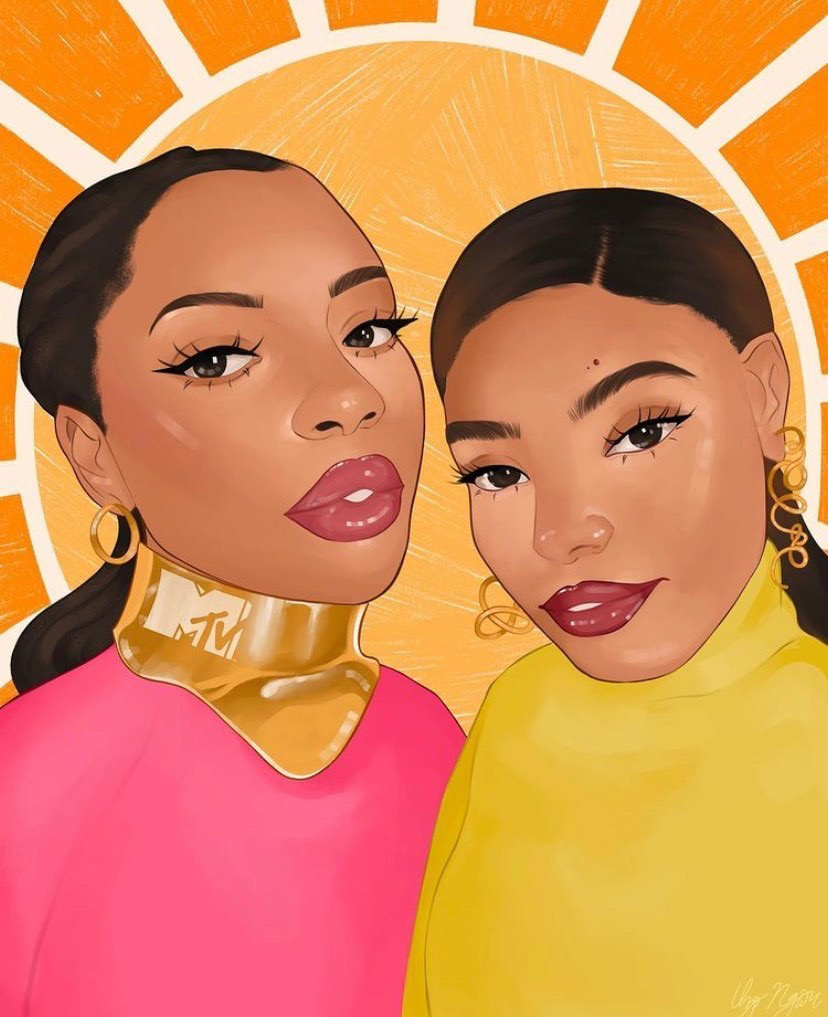 “When I see something visually pleasing, I think, I want to illustrate that. If I think of a story, I think… I want to animate that,” Ngwu said.

As for the world Ngwu chooses to showcase: It is unapologetically Afro-centric. With most of her digital illustrations centered around Black women and other women of color, Ngwu’s work creates a space of representation for identities often disregarded in the art world.

But when asked why she chooses to focus on women of color, Ngwu pushed back, saying this was a question she received frequently.

“White artists are never asked how their whiteness informs their art… and they never get interrogated on that...I’m black and I want to see myself in art so I create a world that I want to see,” Ngwu said.

More than creating representation, Ngwu captures the beauty and joy within the Black community.

Luckily for the world, Ngwu is at no loss for inspiration. After consistently posting on her art Instagram for over a year, she has amassed nearly 8,000 followers, some of whom are fairly big names in the creative industry. From a Creative Director at MTV to an Oscar-winning film director, it’s safe to say that her social media accounts are gaining valuable exposure — and she doesn’t plan on stopping any time soon.

“I told myself prior to 2021 that this was going to be a year of creative abundance, and so far it’s proven true,” Ngwu said.

As of mid-February, Ngwu had already surpassed her 2021 aspirations of working with a major company. She was recently commissioned by Freeform’s “Grown-ish” to create art for the new season, and also by MTV to draw portraits of Black artists for Black History Month. Ngwu’s 2021 is definitely off to an amazing start. 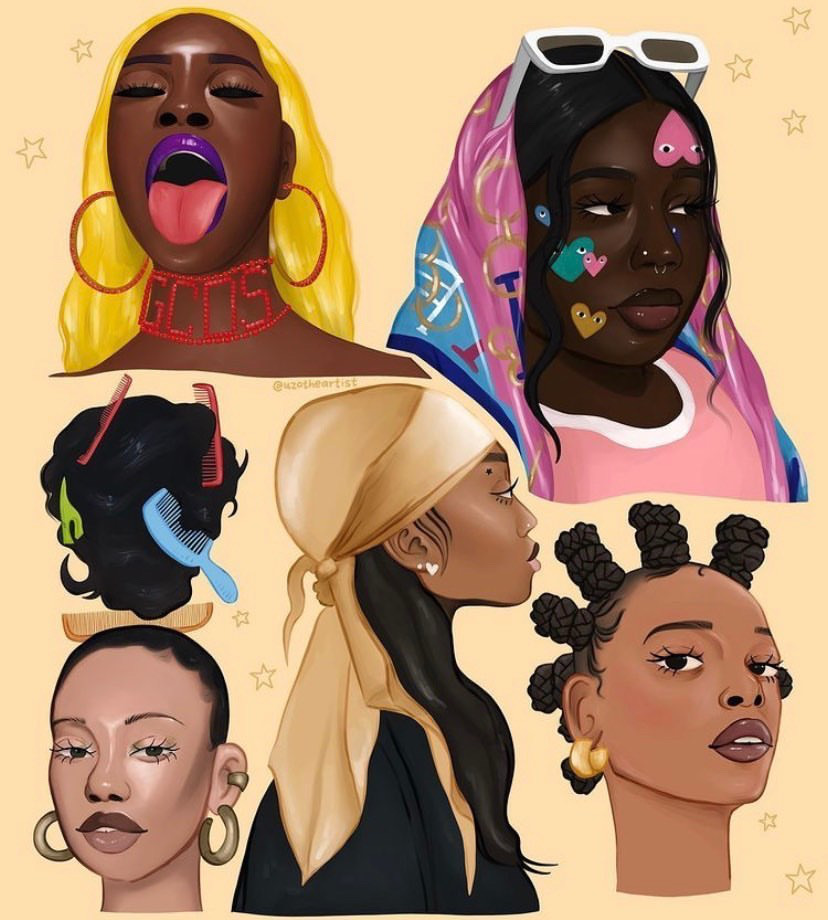 Ngwu described herself as a “multi-hyphenate, Cambridge and Minneapolis-based creative,” and it is clear that art will continue to inform her future for years to come.

“Art is such an important part of how I view the world and how I navigate the world. I could not imagine my life if I was not an artist,” Ngwu said.

Just as Ngwu cannot imagine her world without art, it’s becoming increasingly harder to picture art without Uzo L. Ngwu ’23. With 2 more MTV portraits coming out later this month and another exciting project in the works, the world patiently waits to see what Ngwu shares next.