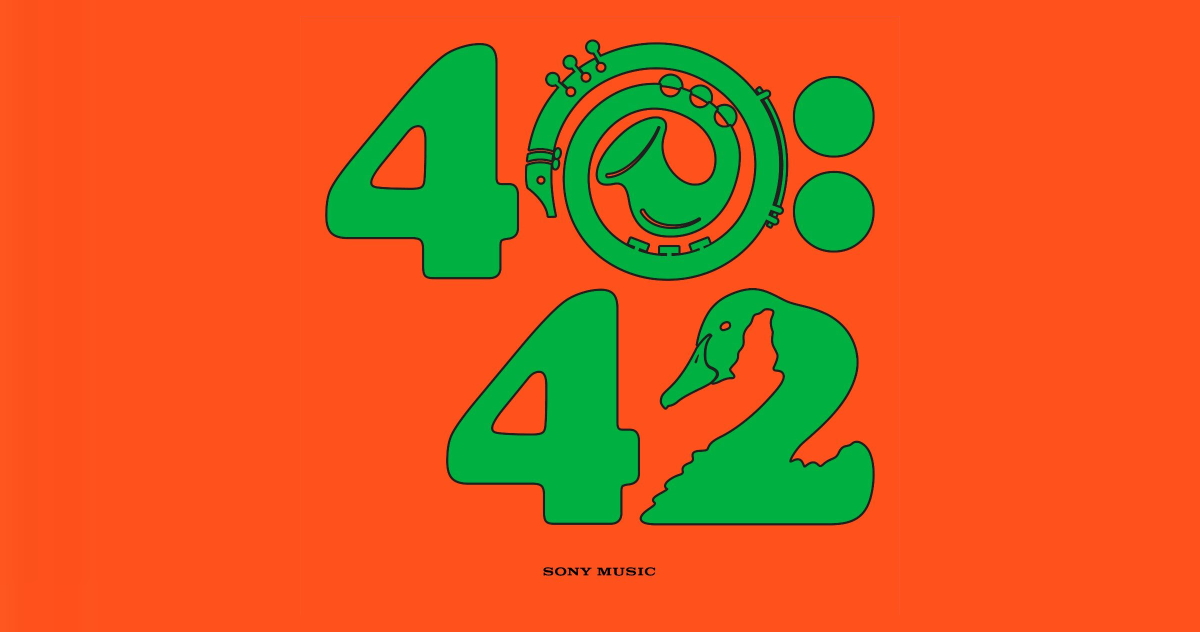 Vampire Weekend may have wondered “what day demands a date” on their 2019 album “Father of the Bride,” but the group’s latest project shows a different level of attention to timing. When the New York-based indie rockers commissioned two covers of the “Father of the Bride” co-lead single “2021” from saxophonist Sam Gendel and jam band Goose, their only requirement was that each one last exactly 20 minutes and 21 seconds. In a math operation strangely fitting for a song about the passage of time, doubling this duration gives the resulting EP’s name: “40:42.”

In just over a minute and a half, the original “2021” layers two nearly identical verses sung an octave apart, a brisk guitar solo, and the recurring word “boy” over a bright synth sample from Haruomi Hosono’s “Talking.” Vampire Weekend lead vocalist Ezra Koenig’s architectural metaphors provide a concise framework for his questions about the future: “2021, will you think about us? / Copper goes green, steel beams go rust.” Each half of “40:42” develops the source material into a sweeping musical journey with improvisatory wonder. Thankfully, neither is in a hurry.

The start of Gendel’s version, “2021 (in the space between two pieces of wood),” instills Hosono’s initially upbeat motif, composed as background music for Muji stores, with elegiac solemnity by transposing it down a half step and stretching out the beats. As the gradual introduction of harmonies adds complexity, echoing vocals and scattered percussion contribute to Gendel’s reflective vision. After the second verse, sundry electronic warbles solidify into a more metrical sequence. The cover modulates to the original key somewhere along the way, marking its return with fluid saxophone phrases and unaltered excerpts from “Talking.” A sharp jumble of vocal chops builds to an equally sudden silence. The track’s finale samples a video of drummer Bernard Purdie demonstrating his signature beat, the brilliantly syncopated Purdie Shuffle, whose iconic triplet rhythm leads “2021 (in the space between two pieces of wood)” to a jubilant, jazzy ending.

Maintaining a steady tempo all the way through, Goose’s cover embodies the precision of its title, “2021 (January 5, to be exact).” After a brief acoustic intro, guitarist Rick Mitarotonda brings earnest clarity to the lead vocals. The refrain of “boy” loses some of its percussive edge, turning into a softly resonant pedal tone that often lingers in the background. Just before the halfway point, the emergence of a straightforward major scale from the quintet’s intricate improvisation becomes one of the track’s most striking moments. As the last extended instrumental idea tapers off, shimmering wind chimes herald the reappearance of Hosono’s opening theme, which keyboardist Peter Anspach reinterprets with wistful composure.

For Vampire Weekend, rekindling interest in “2021” obviously makes sense now. But they wanted “40:42” to do more than point out the arrival of the song’s namesake year. “We hope these 40 minutes and 42 seconds of music will provide some peaceful, vibey atmosphere as we all move through 2021,” the band wrote on Instagram.

The EP’s surges of dissonance don’t always make for the most soothing listen, and both covers necessarily sacrifice the brevity that so cleanly concentrates the bittersweet yearning of “2021.” But in doing so, they allow the music to unfold at a deliberate pace, encouraging listeners to consider how Gendel and Goose enrich Vampire Weekend’s original message. Gendel leaps between vastly different concepts in relentless forward motion, while the repeating verses that bookend Goose’s cover suggest a more cyclical progression of time.

Their inventive takes on “2021” also succeed as fairly literal examples of artistry thriving in the face of this year’s limitations. “2021, will you think about me?” the song begins. Even as “40:42” asks the same question, it leaves little doubt that the answer is yes.