What the Hell Happened: J-Lo Throws Jewelry, Her Public Image In the Sand 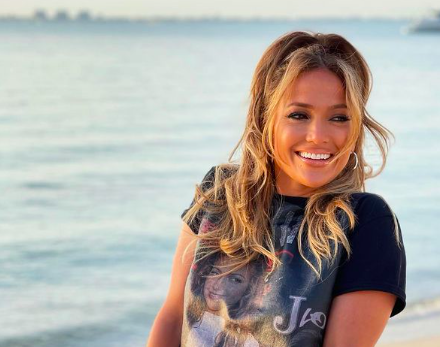 January has always been a momentous month for hardcore J-Lo fans. Almost exactly twenty years ago, Jennifer Lopez made cultural history by being the first artist ever to hold the number #1 spot atop both the Billboard and box office charts in the United States simultaneously. This time last year, the mogul teamed up with Shakira to deliver one of the most dynamic Super Bowl halftime performances in recent memory. And on Jan. 20, in an admittedly befuddling series of events, Lopez performed the Woody Guthrie protest classic “This Land is Your Land” at President Joseph R. Biden’s inauguration — judiciously scrubbed, of course, of its most critical verses — before interpolating her 1999 hit “Let’s Get Loud” into the performance. A dynamic month, surely.

But on Jan. 23, the superstar threw a wrench in the excellent narrative she had spun thus far. In the middle of a global pandemic, with over 10 million people unemployed in the U.S. right now, the 52-year-old celebrated the aforementioned 20-year anniversary of her “Love Don’t Cost a Thing” era by attempting to start a TikTok-esque challenge. The premise of the #LoveDontCostAThingChallenge? Throw your valuables in the sand, kids!

In the palm-tree-lined video, Lopez begins her beach strut in a white trench coat and characteristically ginormous designer sunglasses, which are the first accessory to go. (“Think I wanna drive your Benz/I don’t” plays in the background — new forensics would confirm this, as it was alleged in 2019 that J-Lo had not driven since roughly 1994.) After the glasses, the coat is abandoned, revealing that the singer is wearing a graphic tee emblazoned with her own younger self. Next up is an ostensibly very expensive watch, tossed over her head like a superstitious salt ritual. As Lopez turns away from the camera, she commences the pièce de résistance: a slow, sensual removal of the aforementioned T-shirt, scandal cheekily averted at the last second.

It’s a fascinating 21 seconds, so delusional in its reading of the collective room that it takes on an air of surreality. Plus, the challenge itself was unclear: Film oneself stripping on a beach? Listen to “Love Don’t Cost A Thing” while tossing clothing around, location be damned?

Many Twitter replies lambasted Lopez for the tone-deafness of throwing valuables to the wind while millions await any semblance of government stimulus and the pandemic rages on. Others responded with GIFs and memes of them sifting through the sand for the jewelry she left behind. Twitter user @ronisverybusy wrote, “You want us all to rush to the beach in a pan de queso to have our friends film us throwing away good jewelry? I’m so confused.” With this comment, J-Lo got ratioed: That is, @ronisverybusy’s reply received nearly 10,000 more likes than Lopez’s original tweet.

Some loyal fans embraced the challenge, posting their own interpretations in their living rooms and hallways. Still, the hashtag didn’t quite catch on.

Since Jan. 23, J-Lo and her team have buried the initial video with clips from the singer’s latest Coach advertisement and a barrage of nostalgia press for the 20th anniversary of “The Wedding Planner.” But the video is still there, and indeed, Lopez’s particular brand of star power is timeless and arguably unassailable. This came close, but she marches on. J-Lo does not kowtow to her detractors, for better or for worse.

Lopez has always walked a fine line between proclaiming continued solidarity with her working-class Bronx roots and posing for lavish photoshoots at her bespoke Miami and LA mansions. Many other celebrities have attempted to maintain this balance, but few, if any, have been successful. Mega-celebrity conveys mega-wealth. When that celebrity draws on a narrative of social mobility, an inevitable clash of framing ensues. Lopez, who invokes Jenny from the Block to this day, walks this tightrope more visibly, and perhaps adeptly, than most. But by tossing off her jewelry on a sunny beach, Lopez made an exceedingly poor image calculation, bringing just how far removed she is from the daily life of the vast majority of Americans into heightened, glittery focus.

“Love Don’t Cost A Thing” is an iconic track, though. It does not deserve to become a casualty of this debacle!