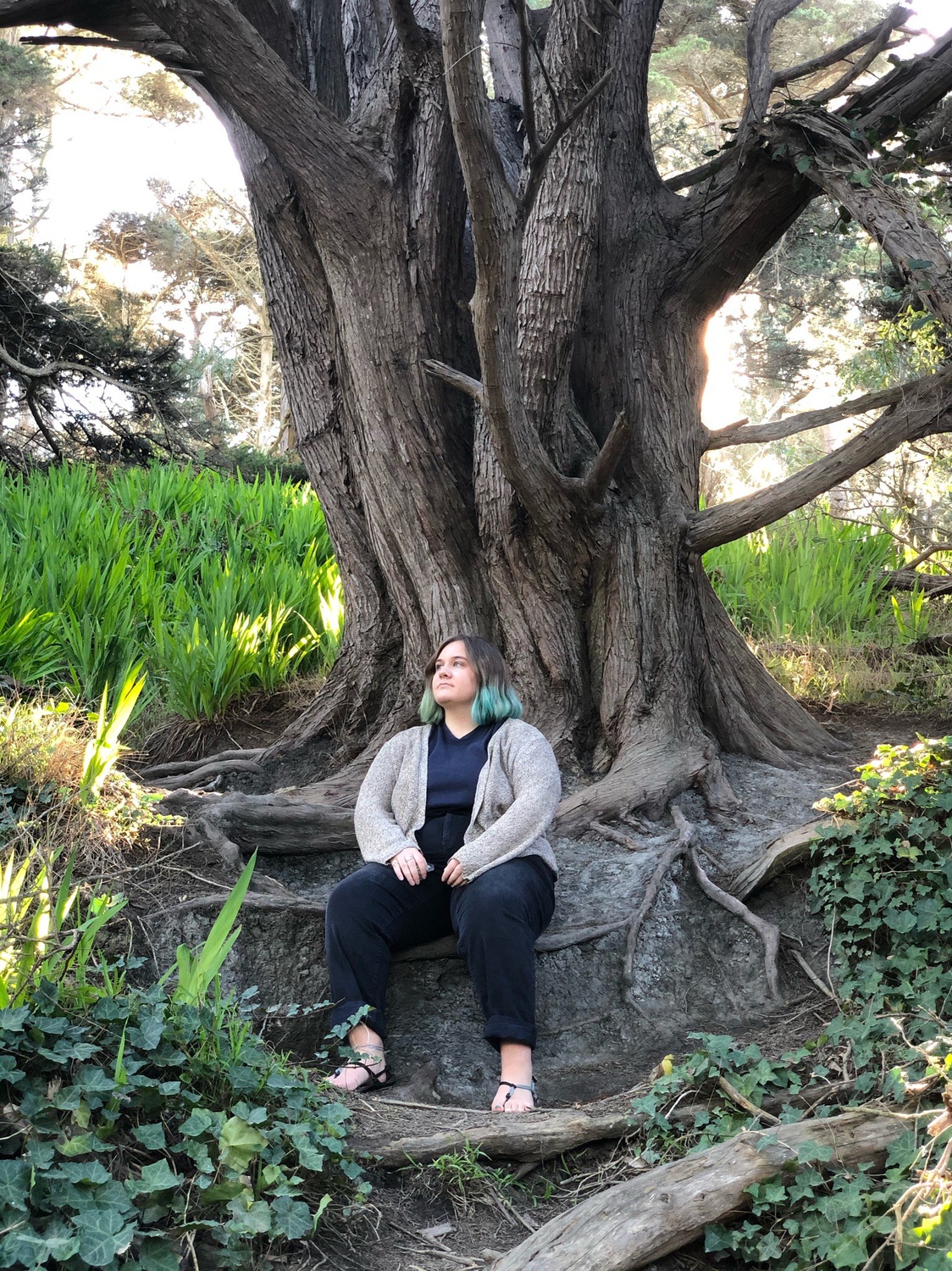 Reflections of a ‘Radical Redneck’

Allanah R. J. Rolph ’23-’24, who grew up in rural South Dakota, is in the revision stages for a book focusing on the conflict between her progressive politics and the more conservative aspects of her upbringing.
By Gabrielle J. Pesantez and Rowena N. Wilson-Olivo

For Allanah R. J. Rolph ’23-’24, a soon-to-be published author, coming to Harvard was a no-brainer. In her eyes, no other university could offer her the same semblance of escape from her rural home community.

“I needed to think of the most opposite place I could possibly go,” says Rolph. “For me, Harvard sounded like that place.”

Rolph was born and raised in South Dakota, moving around a few times between rural towns before her family settled in the far northwest corner of the state, just a short drive away from both North Dakota and Montana.

“There’s just land for miles,” laughs Rolph. It was there, in a town of around 300 people and a county of only 1,000, that she attended high school.

For Rolph, moving into such a small community at the beginning of high school was difficult; while some of her peers enjoyed the small community, it was not easy to be a late arrival in a graduating class of only 19. Nor was it simple to be “different, in so many ways” in what Rolph describes as an “extremely conservative” and isolated setting.

“Most people across the board are pretty conservative and religious,” she says. “Most people also don’t really ever leave. They grow up, they graduate high school, maybe they go to college, maybe not — but then they always kind of come back. So it’s a very insular community.”

Last spring, after students were removed from Harvard’s campus due to Covid-19, Rolph found herself with a lot more time to think, reflect, and write more critically about the communities to which she belongs.

“My family is very conservative and it causes a lot of frustration in my life, but it’s still part of who I am. There’s a lot of things that I learned from the community,” she says. “I guess that’s why all of the reflection has been really helpful.”

As she was finishing up her semester remotely, Rolph received an email about the Portfolio Expansion Project Fellowship, a program aimed at students interested in pursuing creative projects under the mentorship of Georgetown entrepreneurship professor Eric Koester.

At first, Rolph disregarded the opportunity. “I deleted the email,” she says. “I really loved reading and I’d wanted to become a writer for a long time, but I was just like, ‘I have nothing to write about.’ I wasn’t going to write a book.”

But when a friend of hers later brought up the same opportunity and suggested that Rolph apply, she changed her mind. Since then, Rolph hasn’t looked back.

As a PEP fellow, Rolph received guidance on her writing process through lessons on book structure from the program’s mentors, along with direct support from a developmental editor. She also received financial support and a community from the newly established Rural Leadership Initiative, a stipend program for rural undergraduate students pursuing projects related to their home communities.

Rolph has since secured a publishing opportunity with New Degree Press and is in the revision stages for a book focusing on the conflict between her progressive politics and the more conservative aspects of her upbringing. She says the book’s title, “Radical Redneck,” appropriately captures the “weird position” she finds herself in.

“I think ‘radical’ captures this movement that our generation is becoming a part of and the way that I am increasingly viewing the world. ‘Redneck’ is my background — there’s parts of that I can’t get rid of even if I want to,” she says.

Rolph initially thought of Harvard as an escape from her conservative hometown, but once she arrived, she quickly discovered she was mistaken.

“Once I got to Harvard, then I started to realize, ‘Oh, it’s really not as perfect as I thought,’” Rolph explains. 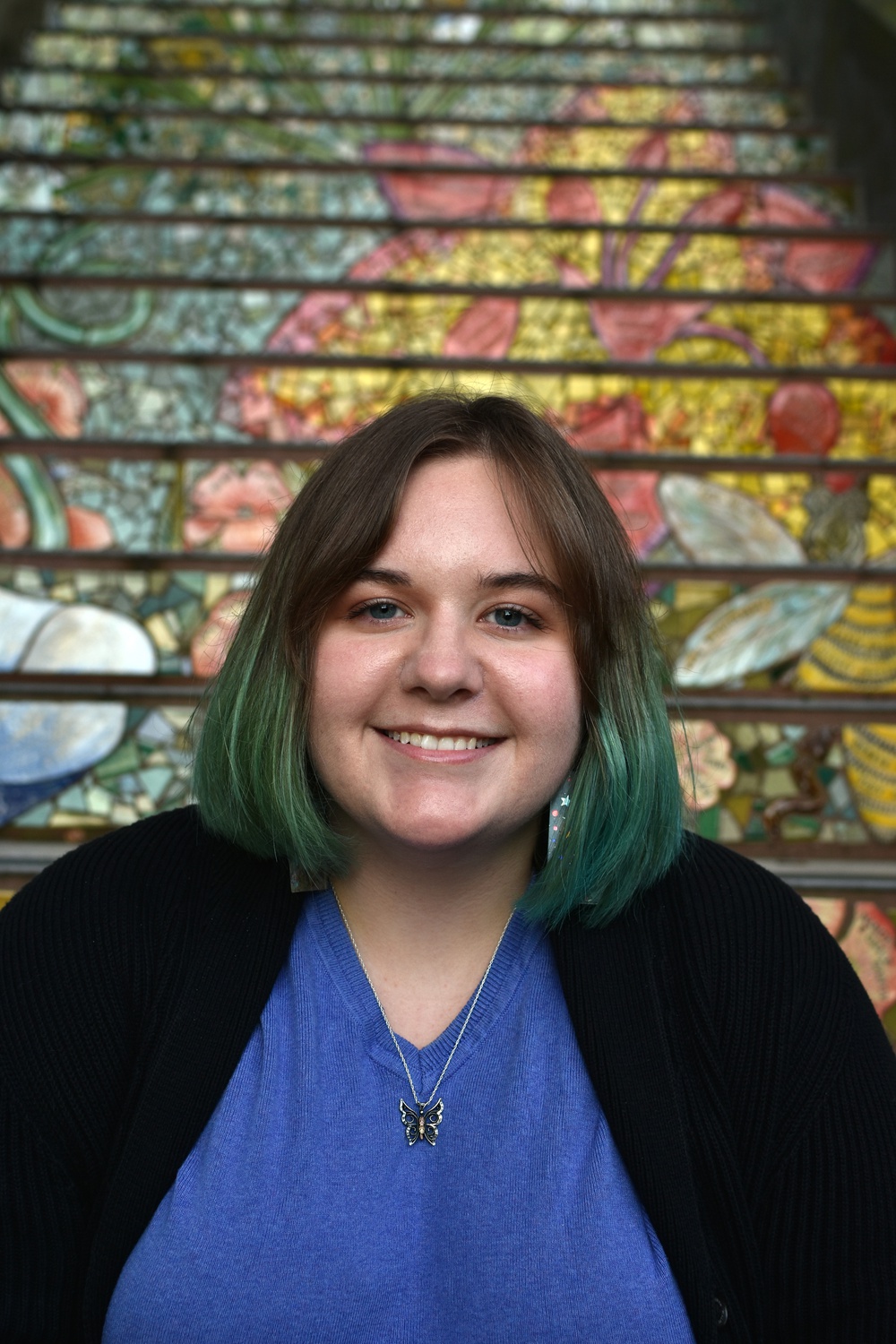 Allanah Rolph ’23-’24 is the author of “Radical Redneck,” an upcoming book detailing her reflections on growing up in rural South Dakota. By Courtesy of Allanah Rolph

“People are more polite about things, but a lot of the structural issues just replicate themselves,” she adds. “That has helped me realize how a lot of these solutions aren’t going to come from being a more liberal institution. A lot of [the issues] are much deeper than that.”

These observations are an important piece of her project, which is the result of a lot of personal reflection during a tumultuous year. Rolph has taken the academic year off and has lived away from home during the pandemic, and this has had an impact on her writing process.

“Having the space and time away from Harvard and away from home, I’ve been able to ground myself and see what’s really important to me and think about things more freely than I have ever in either of those places,” she says.

Now, almost a year into this endeavor, with several discarded drafts under her belt, Rolph still isn’t quite sure how to describe her book. It’s not exactly a memoir, she says, although so much of it is based on personal experience that writing it has felt almost “cleansing.”

“A lot of the topics that I’m writing about are related,” she explains. “Some of them are really personal — they’re all tied to different communities that I’m proud of. Once I started writing about it, I was able to process it.”

However, Rolph’s book is not just excerpts from her journal. Over the course of the last year, she has conducted in-depth interviews with more than 27 individuals, leaving her with plenty of transcripts to sift through. Initially, she interviewed fellow South Dakotans who had also left home to attend elite universities, like Harvard. She quickly refocused to include those who shared her experience of growing up in a conservative family and finding progressive politics on their own. Since then, her scope has only continued to grow.

“I became more interested in expanding what I was talking about,” she says, “and thinking more about the way that people's experiences have shaped their views and the newer politics of our generation.”

Rolph says that although her methods have changed slightly over time, the central idea has remained the same. “It’s always been very related to my upbringing, where I grew up in rural South Dakota, and then coming to Harvard,” she adds, “and how both of those different aspects of my identity have shaped my understanding of the world and my politics.”

Rolph’s greatest wish is for “Radical Redneck” to both encapsulate and begin to break down the stark divisions between rural and non-rural America.

“The thing about rural communities that people don’t see is the potential that they have for a lot of really great change,” says Rolph. Her book aims to make that potential more visible, transforming negative cross-regional perceptions into opportunities for productive discussion.

Rolph also sees this book as an opportunity to reach an entire community of young people who have navigated the tension between developing their sense of self and ideological beliefs in these two very different spaces.

“I hope that, when all is said and done, people who read this are able to see themselves reflected in a lot of the interviews and in a lot of the observations that I write about,” she says.

As for Rolph’s future career in writing, “Radical Redneck” is only the beginning.

“I’ve never really had a concrete idea of what I want to do,” she ponders. “But writing this book has made me think, ‘What if I wrote?’ I’ve come to the conclusion that I think I’ll always write in some capacity, even if it ends up just being a blog that I only read myself.”

A previous version of this article misstated the name of the Rural Leadership Initiative.