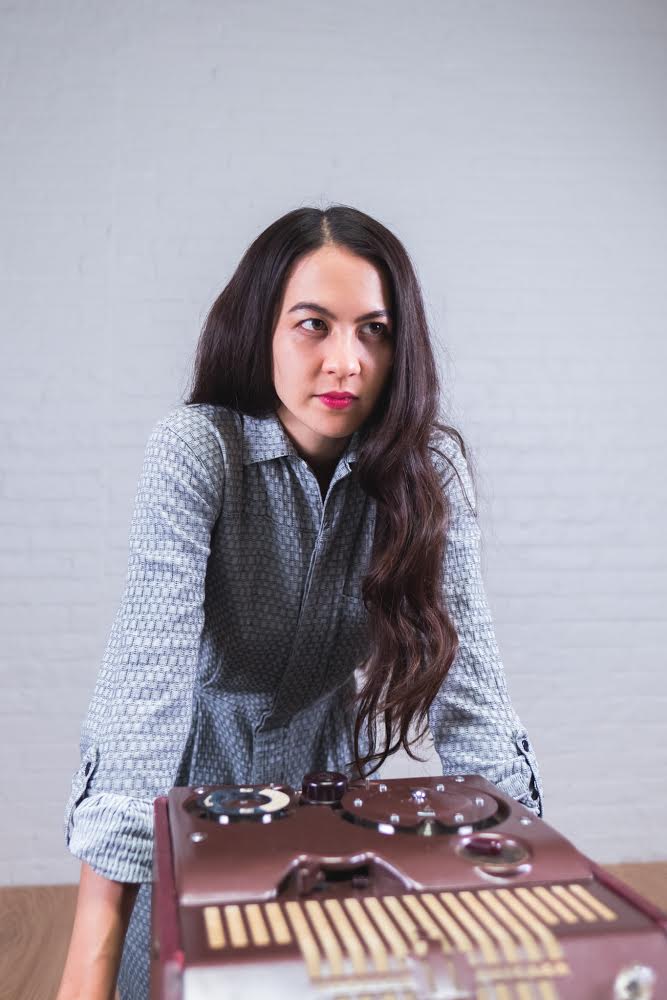 On Feb. 18, as part of the ongoing series “Perspectives on Performance,” Harvard’s Theater, Dance, & Media (TDM) concentration brought in interdisciplinary artist Alison S.M. Kobayashi to discuss her work following the multi-year success of her show “Say Something Bunny!.”

Kobayashi attended the University of Toronto where she found her calling as an artist. She started taking Visual Culture classes in the Communications major and later switched to a degree in Art and Art History. She now works for UnionDocs, a documentary art center in Williamsburg Brooklyn.

Kobayashi has worked in almost all facets of the art world, from filmmaking to digital art, from performance to watercolor. Her show “Say Something Bunny!” is a widely recognized performance art piece that rewrites the gap between performer and audience, inviting audience members to partake in the action and play the characters the show surrounds. Her work finds much inspiration from objects that, as Kobayashi described, are “donated or left behind or forgotten in some way, yet all contained [invaluable] narratives and traces of the human experience.”

Pointing to a clunky cognac brown device on her screen, Kobayashi explained that it was a wire recorder, and that a recording that was made on a machine like it had been the inspiration for her work for many years. “It’s actually sound that's been recorded on wire that's as thin as a piece of hair and the wires that I'm working with, they came as a pair,” Kobayashi said. “They had no labels on them. There was zero contacts, there are no dates or names attached and much of the recording was very difficult to hear and decipher and understand.”

At the event, Kobayashi presented her practice by walking the audience through excerpts of “Say Something Bunny!” and subsequently discussing her methodology and philosophy behind theater. Attendees participated in what Kobayashi called a “deep listening exercise” for one of the show’s characters, Florence. The goal was to decipher Florence’s voice amidst a lively conversation and scratchy audio that was recorded over an old TV show. Shortly after, Kobayashi said, “I listened to each character slowly and I'd account for each voice and each sound. I didn't do this through editing the audio or putting a filter on it. I did this by becoming more familiar with the characters through repetitive listening.”

In an interview, Artistic Producer of TDM James P. Stanley explained that it was her “real forensics approach” that he admired about Kobayashi’s work. Stanley, who teaches the course “Live Art from Archival Sources,” brought in Kobayashi just days before the event to guest lecture. When asked what he took away from the event, Stanley said that “Alison’s process and attitude towards these documents stood out the most… It’s fascinating how she uses a document to open up a narrative.” He described her work as both “rigorous on the one hand, and on the other, Alison treats it with a sort of whimsy,” pointing to how she allowed her audience to play with the material lightheartedly.

Asked in an interview if there were any turning points in either the creation or performance of the show, Kobayashi said, “because there is always a new audience, I’m always adding and changing things to illustrate it more, or make something hit more, which makes it more alive.” She described “Say Something Bunny!” as “both minimalist and maximalist,” because, while the show is ever-changing, the central elements of the show are simple and effective.

Kobayashi’s presentation of her attentive, free-flowing creative process was what drove TDM to invite her in the first place. Stanley said that “the ‘Perspectives on Performance’ series was started in 2016 by [TDM’s] David Levine. It brought in people working on the edges of performance.” Later he explained that TDM’s intention is to invite artists to not just lecture at but to also “work with students and teach their methodologies.”

Ultimately, Kobayashi’s artistic philosophy of letting the material guide the process is “core to what TDM is trying to do,” Stanley says, adding that “over the past four years, we have turned toward process-based work.” Through “Perspectives on Performance with Alison Kobayashi,” the Theater, Dance, & Media program continues to show a strong commitment to expanding on the meaning of art and rewriting what it means to perform.