What the Hell Happened: JoJo Siwa vs. DaBaby? 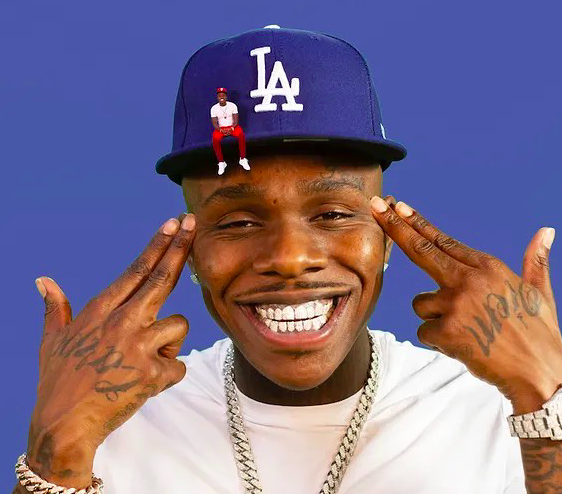 Did DaBaby just put JoJo Siwa on blast? Out of all the craziness in 2021, most people would not have expected to wonder if there was some unknown tension between the two. As one fan tweeted “dababy having beef with jojo siwa was not on my february bingo card but thats fine im enjoying it.”

In DaBaby’s recently released “Beatbox ‘Freestyle’,” the rapper seemingly takes a swing at the 17-year-old YouTube superstar, holding up a picture of her on his phone as he raps “you a bitch, JoJo Siwa (bitch)” Without a doubt, this line left several listeners a little confused, while others were left angry. Many tweeted things like“what tf did jojo siwa do to make dababy mad like that.”

Despite the outrage and confusion that he faced, DaBaby responded with a series of tweets to dismiss any rumors of a feud with Siwa. In the tweets, he actually seemed to find the situation quite funny[. Amidst the uproar of criticism, the rapper tweeted] “I love Twitter bruh” followed by “I ‘Siwa’ I’m not like the rest of you…” While this set of tweets may seem a bit cryptic at first glance, they reveal that the “diss” line on the track was actually just a play on words. DaBaby’s real name is Jonathan, hence the “JoJo” and he used “Siwa” as a twist on “see why” (which is heard in the previous line of the song “...gon’ see why”).

DaBaby also tweeted directly at Siwa explaining that he meant no harm. He said “@itsjojosiwa my 3 year old princess is your number 1 fan… Don’t let em trick you into ever thinking id have a problem with you. My word play just went over their heads. All love on my end shawty.”

All in all, it seems like there’s no bad blood between JoJo Siwa and DaBaby, just a clever play on words that went way over the Internet’s head — but we have yet to see a response from Siwa herself. In contrast, many of her fans, and even fellow YouTubers like James Charles, are left feeling unsatisfied by DaBaby’s response. In a recent interview, Charles said that he “thought the line was inappropriate to begin with… I get the line, I get the double entendre there.” Charles also mentioned that “as a fellow member of the LGBTQ+ community… I just wanted to make sure that she was okay, taken care of… I just feel like her name should not be associated anywhere with diss tracks.” As Siwa recently made headlines when she came out as a part of the BGLTQ+ community in January, she has since expressed that she’s the happiest she’s ever been, as she’s now been able to share “what makes [her] the happiest with the world.”

So the tea is, there is no tea — and DaBaby may even be a secret JoJo Siwa fan.