‘The Dig’ Review: The Astounding True Story About a Man Who Really Loves Dirt 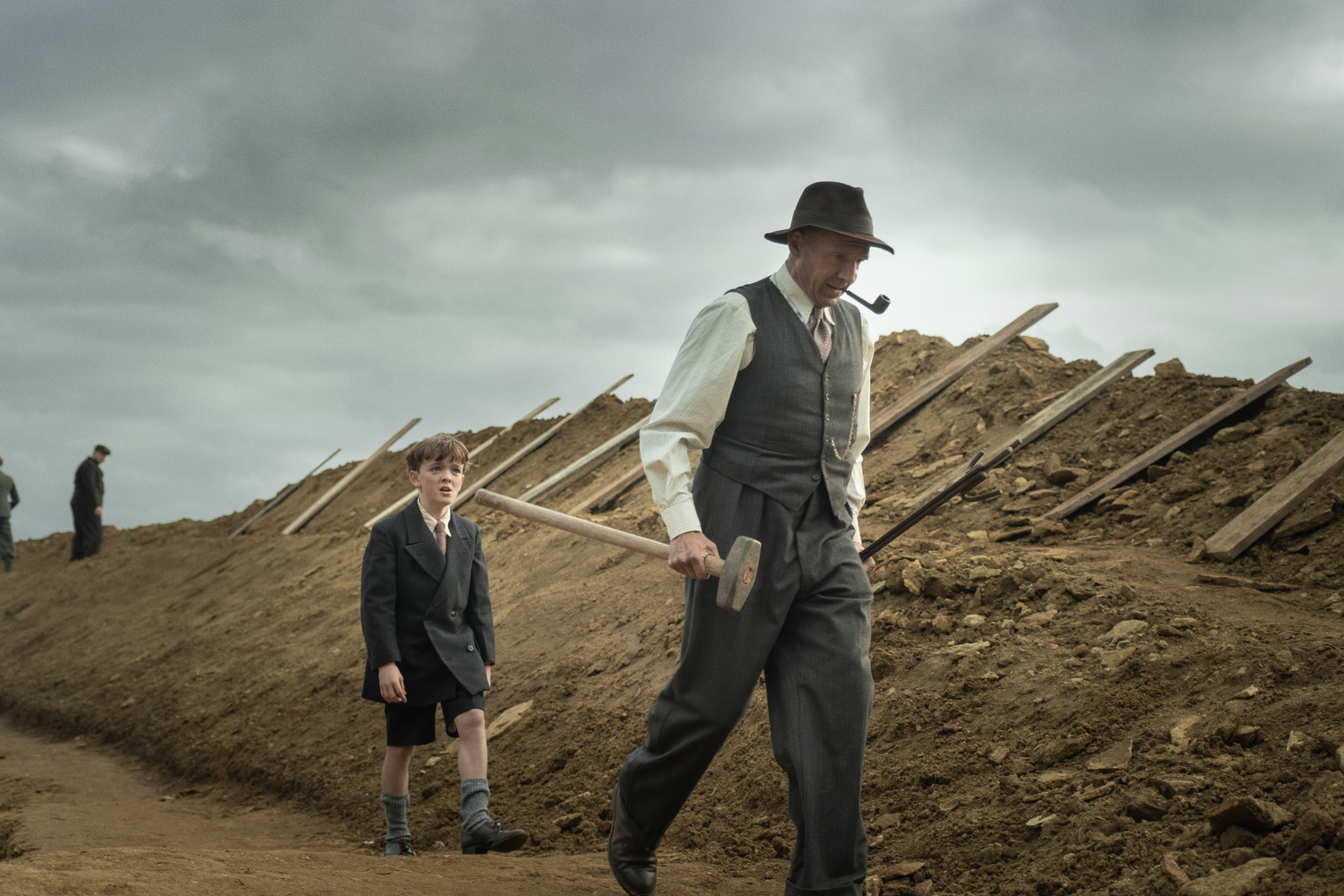 It may seem unexciting to watch a movie about an archaeological dig that isn’t “Indiana Jones.” Yet, with the truly incredible names on the cast list for “The Dig” — Ralph Fiennes, Carey Mulligan, and Lily James to name a few — and a story that’s heartwarming and insightful, “The Dig” manages to turn seemingly bland subject matter into a compelling narrative.

The film, which is based on a true story, follows an archaeological dig taking place in the backyard of a dying widow, led by an excavator never properly trained in archeology joined by a rag-tag mix of friends and museum curators. With inspiring performances, “The Dig” manages to be a heartwarming and exciting film. Without ever going over the top with theatrics and excitement, it draws the gaze of its audience to every little detail. The well-mannered, pre-WWII English dialogue is thoughtfully accompanied by a swooning musical arrangement, all building toward the creation of the ideal scene.

While telling an almost-lost story about Basil Brown’s (Ralph Fiennes) unexpected finds in the field behind the Pretty’s home, director Simon Stone seems to have finally broken loose in the directing world. Rather than solely dramatizing the eccentricities of such a story, Stone portrays every moment on screen with such genuine humanity that it’s tempting to cry when the characters finally succeed. Conveying their relatable humanity, Basil says, “...we all fail. Every day. There are some things we just can't succeed at no matter how hard we try. I know it's not what you want to hear.” But this film is far from a failure for Simon Stone.

Basil Brown and Edith Pretty (Carey Mulligan) are portrayed as deeply flawed yet incredibly admirable characters. In their respective lives, each was haunted by horrible demons — Basil bears the crushing weight of never having the opportunity to be educated and to see the results of his work acknowledged, while Edith hides her illness away to act as the stern yet kind matriarch of a fractured family. Regardless of these internal pressures, both managed to do two things right as history would see it. Basil continued his course as a participant in what was once his own significant archeological dig that had since been snatched up by The British Museum. And Edith ensured, to her furthest extent, that Basil would be lauded for his discovery of a buried Anglo-Saxon ship in their own little town of Sutton Hoo.

Luckily, without being too in-your-face, “The Dig” also manages to subtly add to the growing drama of the film using the stress of a slowly developing war. By mounting this pressure in a more non-invasive way, the movie doesn’t become another one of seemingly hundreds of WWII films. Rather, it uses the war as a subplot to emphasize the contrast between the bourgeoisie London museum curators and Basil Brown with the Pretty family. With the constant threat of war looming along with the potential for the Prettys to lose one of their own, the dig is of dire importance to them, whereas the London archaeologists only care about getting new pieces safe in museums before the start of the war.

As the war begins and Germany invades Poland, the dig reaches its pinnacle, and so does the slowly growing subplot about the love between a married woman, Peggy Piggott (Lily James), and a burgeoning pilot, Robert Pretty (Archie Barnes). Peggy’s husband Stuart (Ben Chaplain), won’t dare see his wife naked nor does he even share a bed with her. It slowly becomes clear, without being blatant, that he is most likely gay. Subtle cues throughout the movie seem to hint that Staurt is gay, as many historians have speculated. When he’s knee deep in mud and unearthing millennia-old artifacts alongside his best friend, his face is bright and full of joy. The same doesn’t happen, even as he forces it, with his wife; in reality she is little more than a companion and coworker. What really builds the sense of empathy for the characters is their sense of realism. Peggy truly cares for Stuart, but she knows that romantic feelings can’t be reciprocated. And by never having a scene where there’s a big moment about his coming-out, there’s a sense of acceptance and acknowledgement of his presumed sexuality. It’s who they are and part of the story without being a tag or quick, modern-day bit of neoliberal inclusivity.

In the end, with endearing love stories abounding and visually stunning views of the English countryside, “The Dig” is truly a great film. There’s a little something for everyone to take away and smile about when it ends. Moreover, the story is one that had been buried deep in the annals of The British Museum for decades. The real story of Basil Brown’s discovery of the Anglo-Saxon ship almost went completely without credit. But today, in part due to this film,“the most important single find ever made in this country, and one of outstanding European importance” (R. L. S. Bruce-Mitford) is now going to be well known to future generations.