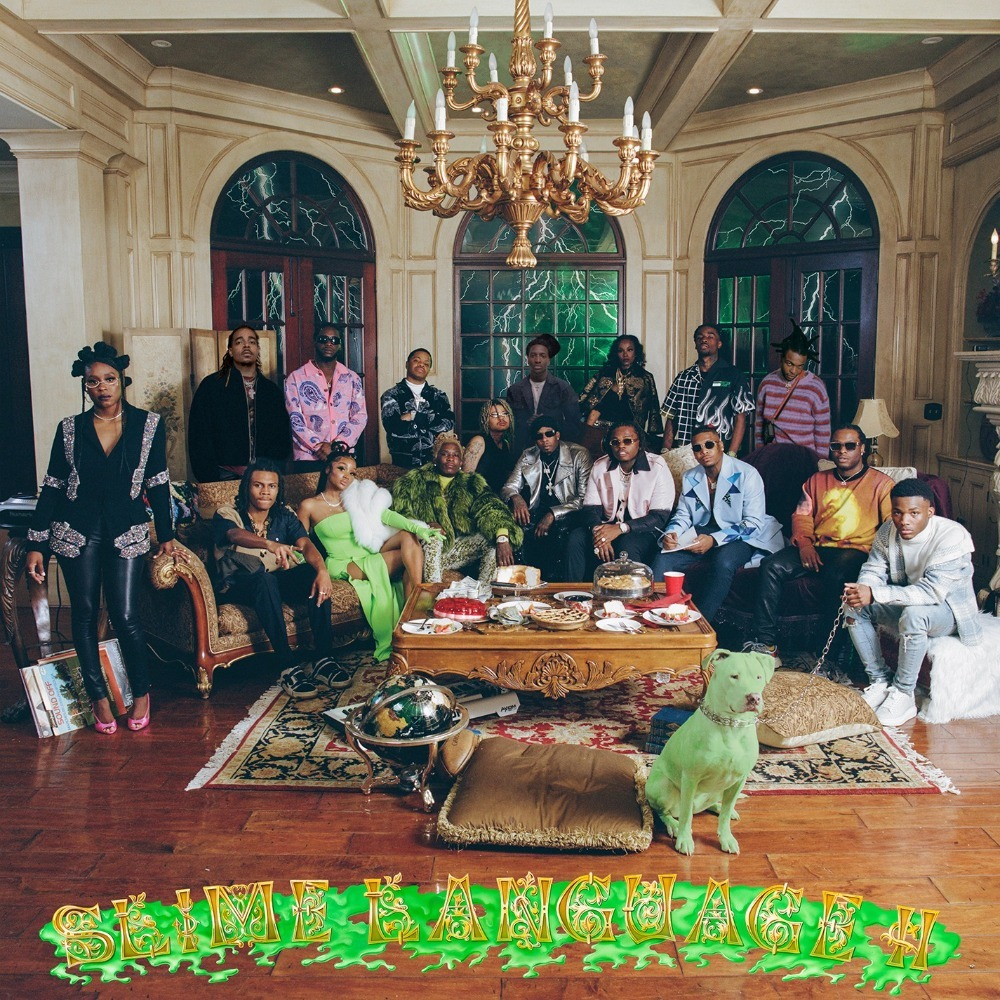 The album is a sequel to “Slime Language,” the 2018 solo compilation album from Thug’s label Young Stoner Life. Although the first album also featured fellow signees Gunna and in-house producers like Wheezy, YSL has risen to greater heights with “Slime Language 2.” This time, up-and-coming artists like Yak Gotti, Lil Duke, and Lil Keed are put on the same platform as established icons like Nav, Big Sean, and Skepta. The resulting album gives voice to all of the talent in the scene — underdogs and top dogs alike.

“Slime Language 2” has a whopping 23 songs, with the majority of top singles near the top of the record. These hits consecutively follow the intro track, “Slatty,” which has Yak Gotti and Lil Duke rapping about getting money and riding around in sports cars. This track sets a hype mood with its heavy beats and reworked treble sonics. That sound and concept follow through to the second track, “Ski,” which also broadcasts Gunna and Thugger’s rise from the streets to lavish lifestyles. This theme of rags to riches is fully expanded on “Diamonds Dancing,” where Travis Scott joins Thug to reminisce about how far they came from the trenches (“the trap to be specific”) where they started. Scott’s contribution doesn’t end at the lyrics — his trademark autotuned sound also seeps into the framework of the sample after his verse begins with “In your city.” That lyric is echoed in the outro, “My City,” bringing the album full circle. The production keeps these tracks steady, with a repetitive but uptempo beat that is dominated by the more versatile verses.

“Came and Saw,” “Really Be Slime,” “That Go,” and “GFU” put more emphasis on the drugs, money, and gang-affiliated lifestyle. While YNW Melly talks about “committing them crimes” and Rowdy Rebel restates “twenty-five shooters in a Sprinter,” Yung Kayo claims “I turn that ten into hunnid bands,” and Meek Mill responds with “hoppin' in whips and ridin' it stolen.” This might be due to the fact that the collaborators Rowdy, YNW Melly, and Meek Mill are in fact notorious for their gang affiliations, which they rap about on these tracks. There is an intensity to the hard-hitting bars from producers like Sheck Wes, aided by Thug and Gunna’s ad libs, that matches the spitball energy.

That hype fades into a more chill and melodic sound that follows through to the subsequent star-studded tracks. Drake raps about escaping his illustrious lifestyle by hiding away in London on “Solid” — a nod to his “Scary Hours 2” album, which also offers a similarly introspective outlook. Likewise, Future — another long term YSL collaborator — adds his take on “Superstar” about how fame gets more dangerous as it escalates. Lil Baby reminisces about how he carried the whole gang “in verts and Rovers” to glory on “Paid the Fine.” Meanwhile, Thug and Lil Uzi express how proud they are of each other in “Proud of You.” Mellow flows and unrushed tempos strip these songs of the intensity of the intro, leaving space for the features to truly shine. The thematic camaraderie of these songs also highlights the overarching commentary of “Slime Language 2:” Genuine friendships and family relationships are often tested — and strengthened — by the difficulties that come with the jet-setting nature of a rapper’s career.

Just like the album artwork suggests, “Slime Language 2” celebrates family above all.

The segue from longtime friends to first-time collaborators transitions the album into rookie territory. Unfoonk gets emotional in “Real” as he sings about his rocky rise to fame and contrasts that with his current loyalty to the Slime gang. Thug fondly echoes that sentiment as the CEO of “everything slime.” Soon after, Thug’s fiance Karlae croons about “waiting all [her] life” for a partner like Thug in “I Like.” This romantic mood all but vanishes in “Trances,” where Karlae’s flow is more complex and follows a call-and-response format with Yung Bleu’s autotuned chorus.

Then comes a series of hidden gems: “Warrior,” “Pots and Pans,” “Take It to Trial,” and “Wokstar.” These tracks are pure genius, harmonizing 808s and high-pitched vocals over a complex and ever-changing beat. Hints of synths, strings, and flute balance the hard-hitting bass line that producers Wheezy, Chase Davis, and Sluzyyy execute perfectly.

The album’s intentional fusion between household names and young Atlanta talent caters to the mainstream while also representing the entire YSL family. However, “Slime Language 2” accomplishes this by packing too many songs into one album, at the cost of songs with rookie features like “Moon Man,” “Reckless,” and “Como Te Llama” getting lost towards the end. Therefore, the top-down approach works against the newer artists trying to break through, as the listener is too tired by the end of the album to pay much attention to them. This left many fans wishing for a shorter record to be able to fully appreciate the album.

Be that as it may, “Slime Language 2,” without a doubt, follows through on its main mission to highlight its features — even though Thug doesn’t rely on them to carry the album. On the contrary, Thug dominates on virtually all songs and ingrains his influence in the production of every track. His voice is also more present than that of his collaborator, Gunna, emphasizing his role as the keystone that glues both the framework of the album and the entire YSL family together.