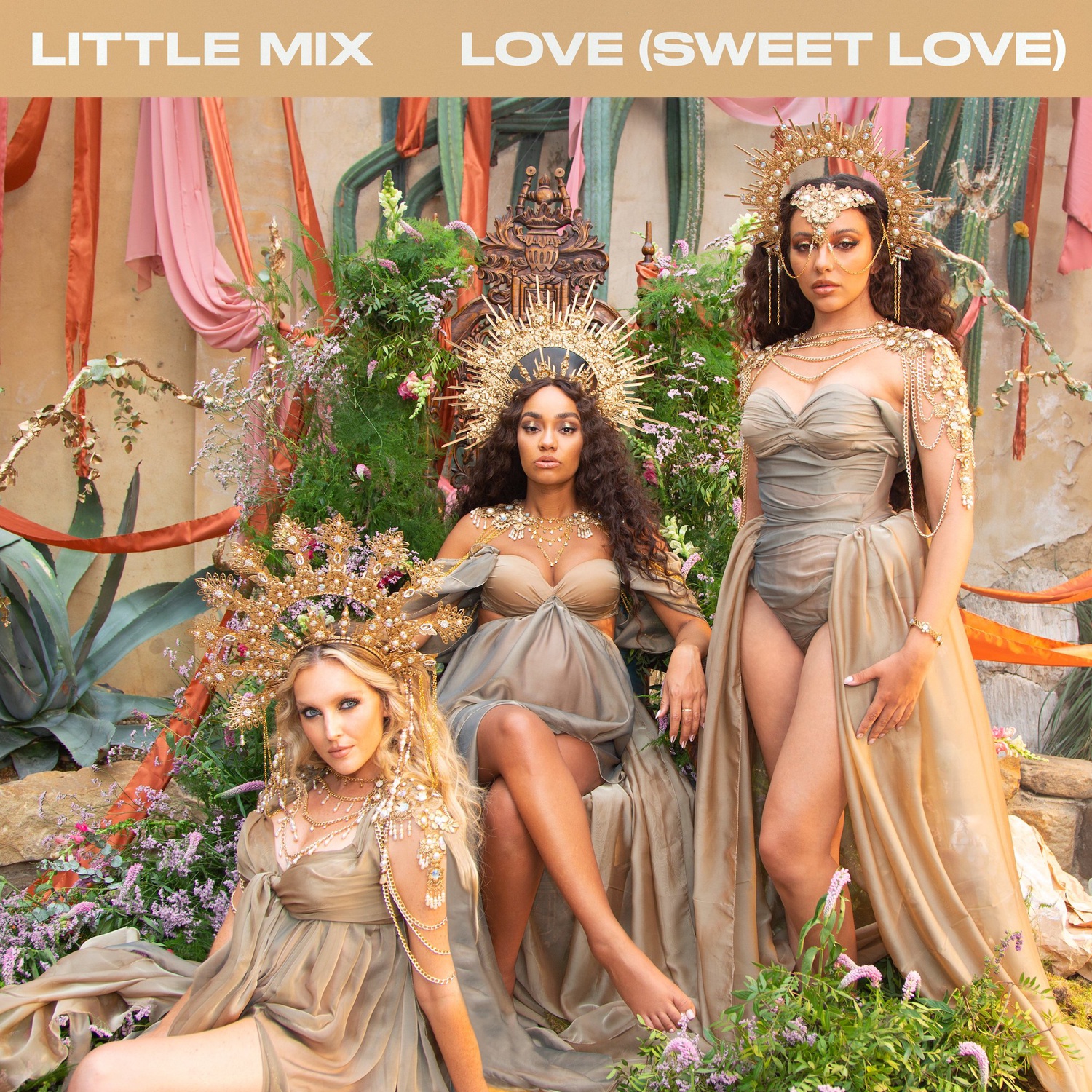 On Sep. 3, British girl band Little Mix released “Love (Sweet Love),” a fun and stylish tune to fit the end of the summer.

One of the group’s first singles since member Jesy Nelson stepped down in December 2020, “Love (Sweet Love)” signals the remaining members’ decision to keep to the styles they’re known for while remaining as vocally and technically strong as ever. The bouncy and creative sonics form a pretty and quintessentially pop song. However, the subject matter — loving yourself — recalls the odes to self-love that were popular circa 2015 (Justin Bieber’s “Love Yourself” and Hailee Steinfeld’s “Love Myself,” to name a few).

The single begins with a quick, staccato verse from Leigh-Anne Pinnock, followed by a bright, staccato pre-chorus from Jade Thirlwall, to create an energetic tone. The members divide the singing fairly evenly, with Perrie Edwards shining in the bridge. Overall, their voices merge seamlessly, with harmonies that are elevated by ad libs. Thirlwall’s riffs are particularly impressive, lending the tune a polished feel.

The title of “Love (Sweet Love)” is grammatically weird, either suggesting “Sweet Love” as an alternate title — which seems reductive — or treating the repetition of “Sweet Love” as an echo or backing vocal after “Love” — which does not fit the structure of the song. Regardless, the title sufficiently fits the main theme of self-love. While this song isn’t the most sophisticated lyrically, with only two verses, it is a catchy pop anthem and definitely works for what it is. It was also co-written by Jade Thirlwall and Leigh-Anne Pinnock, showing how involved the band continues to be in their music. This is also a great move individually, as Thirlwall and Pinnock were finally officially recognised as songwriters in 2019 after they had already contributed to many of their previous hits.

This is the first single from their upcoming album “Between Us,” celebrating ten years of Little Mix after the group’s formation and victory on “The X Factor” in 2011. As such, the album will repackage some of their greatest hits while also including five new tracks. Even though it is certainly a cop-out to charge the price of a new album for what is categorically not a completely new album, it allows them both to pay tribute to Little Mix’s evolution over their six albums and also showcase the group as it stands now. Nelson’s great contribution to the team over the years is recognized along with the continued work of the three remaining members. “Love (Sweet Love)” is definitely an interesting choice for the lead single — while the themes of romance, self-worth and self-love are definitely on brand, the composition suggests they are moving in a new direction from the days of their most successful album “Glory Days,” or even their latest album “Confetti.” Ultimately, this is an exciting direction, and it’ll be interesting to see where they go next.