‘JOSE’ Review: J Balvin Reveals the Man Behind the Hits 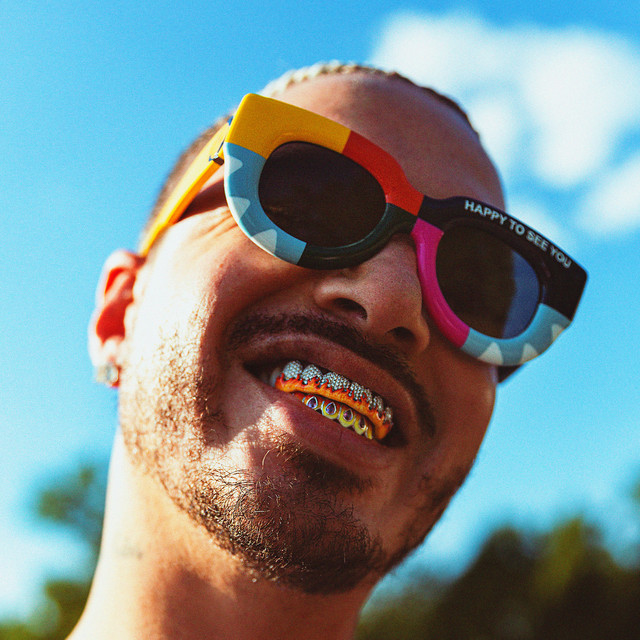 No artist epitomizes the last four years of Latin pop like J Balvin. Ever since the 2017 worldwide sensation of his and Willy William’s “Mi Gente,” the Colombian reggaetonero has notched hit after hit. In 2018, he replaced Drake as the most-streamed artist on Spotify. Amid this meteoric rise, J Balvin seemed not so much a reggaeton singer as the genre’s mainstream embodiment. His early songs told stories of partying, desire, and seduction from such a generic perspective that it was hard to find a hint of individuality in the lyrics. Instead, the catchy beats, booming production, and over-the-top aesthetic took center stage. For proof, look no further than Balvin’s phenomenal 2020 concept album “Colores,” where he named each song after a color of the rainbow.

On Sep. 10, with the release of his latest album “JOSE,” Balvin reversed his prior commitment to aesthetic over substance. It’s telling that the title of the project spells out Balvin’s first name, rather than the usual anonymizing initial. More than a powerful confirmation of his continuing ability to produce hits, Balvin’s latest project takes him in surprising musical direction by foregrounding what his previous records sidelined: his own personality. Who is the man behind the hits? The songs on the album paint an expansive portrait.

José immediately demonstrates unforeseen skill as a rapper with an understanding of his place in musical history. “F40” opens the album with Balvin asserting his legendary status, interspersed with snippets of dialogue from Arcángel, a reggaeton legend of the 2000s. Later, in the standout “Billetes de 100,” Balvin raps energetically over a hard-hitting trap beat, filling his verse with pop culture references from Sylvester Stallone to Don Quijote. The playful persona serves as an entertaining and welcome departure from Balvin’s usual trite lyrics, and on “7 de Mayo,” he flexes even harder. Through verses riddled with wordplay, complex rhyme schemes, and references to his influences, Balvin constructs a rich framework for the story of his childhood and ascendancy.

But José the individual really shines through in the one-two punch of “Querido Rio” and “La Familia.” The former, a moving ballad for Balvin’s infant son, interpolates a recording of the child’s heartbeat over simple yet heart-warming lines like “llegaste para darme luz” (“you arrived to give me light”). Sincerity also suffuses “La Familia,” an upbeat trap-infused anthem for all those who Balvin loves. As he names his family members and collaborators, the gratitude in his voice is palpable. It’s a wonderful surprise: As a protagonist for his songs, Balvin is remarkably compelling.

The album’s only flaw comes in its bloat. Whereas his most recent album’s ten-track brevity gave each song sharp coherence, not all of the 24 songs on “JOSE” should have made the final cut. “Te Acuerdas de Mí,” featuring Yandel, literally repeats the chorus of the previous song, the Sech collaboration “Una Nota.” It’s as if instead of adding Yandel’s mediocre verse to the original version — or cutting it entirely — Balvin chose to split the song into two nearly identical tracks, cheapening both. Similarly forgettable are the tracks saturating the middle of the record. The chorus of “Pa’ Guayarte,” for example, feels repetitive and lacks energy. Even the usually high-spirited and expressive singer Ozuna, whose addition might have saved the song, slouches into a repetitive flow, his verse dragging. Those songs, as well as “Lo Que Dios Quiera,” “Fantasías,” and “Ganas De Verte,” tell the audience nothing new about Balvin or his sound. Rather, they sound like crude, forgettable attempts at hit-making.

That’s not to say Balvin has lost his penchant for producing actual chart-toppers. On the contrary, finely cut gems of perfect reggaeton fill out the remainder of the tracklist, reminding listeners of the most visible aspect of Balvin’s persona: his tireless release of international bangers. Against a contagious Skrillex beat on “In Da Getto,” Balvin’s breathy delivery creates an urgency that lures the listener into the artists’ imagined party — and begs repeated streams (the song has already amassed over 100 million on Spotify). “Qué Más Pues?” is an instant classic, blending heavily autotuned vocals from Balvin and Maria Becerra with synths like ethereal bell chimes to create an intoxicating sense of longing. This is the J Balvin listeners know and love, whose extensive sonic palette lights up wild nights.

The final song on the album, the 2020 hit single “UN DIA (ONE DAY),” epitomizes Balvin’s talent and his increasing ubiquity. On a song seemingly controlled by Dua Lipa’s signature style, Balvin has slyly inserted himself and Reggaeton’s Dembow beat into the fold of the ascendant English pop star. Even as “JOSE” takes us deeper into the star’s personal life than ever before, J Balvin remains a global icon at the height of his powers.