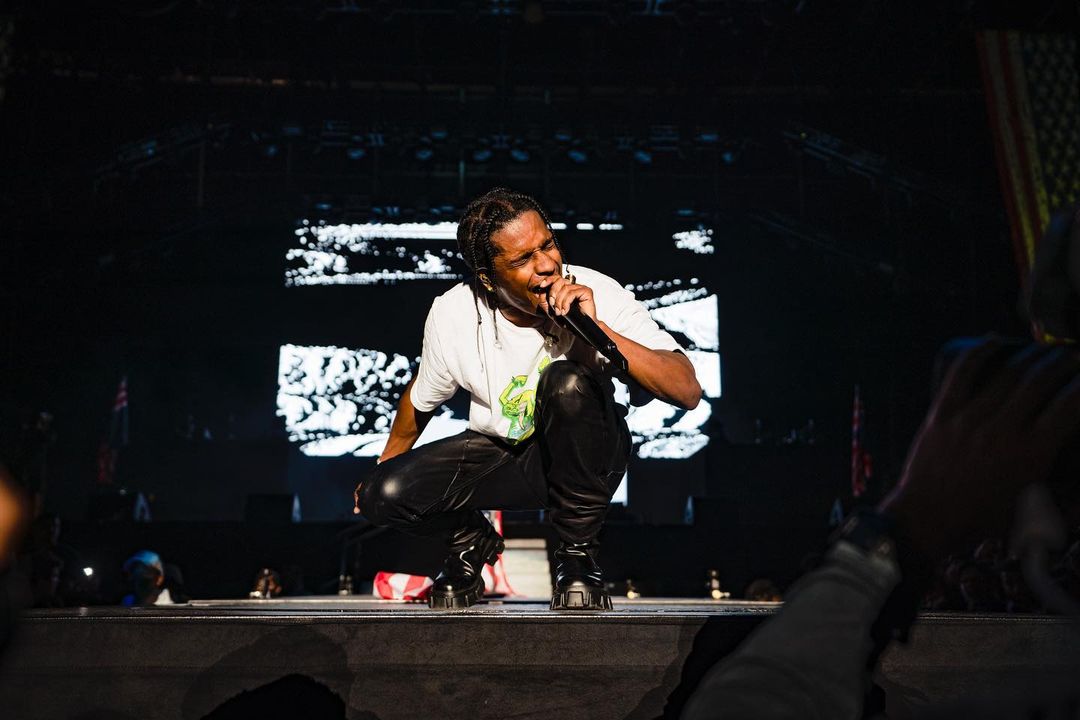 After the sun went down on Saturday at the Governors Ball music festival, headliner A$AP Rocky emerged from the crowd half an hour after his call time. Unbeknownst to the anticipating fans, he and his crew, A$AP gang, secretly infiltrated the photo pit wearing ski masks moments prior to the show, which caused the confused festival goers to think there were terrorists among them. Seconds later, a mosh pit swarmed around A$AP, so a brigade of security guards had to escort him back to the stage to start the show. The introduction was made even more confusing by the background of fireworks which some fans mistook for A$AP’s entry, but in fact originated from the adjacent Grubhub stage which J Balvin was closing out.

But that was only the beginning of what turned out to be an even stranger sequence of events.

When A$AP finally decided to show his face, he emerged clad in his signature American flag, a white balaclava, and an array of crossed out swastikas and confederate flags on his hoodie sleeve. His outfit paled in comparison to the accompanying video playing in the background, which depicted erratic flashes of test images and hallucogenic warning signs in addition to political propaganda that garnered trigger warnings for flashing images. After he opened up with unreleased protest songs “Fuck 12” and “No ID,” A$AP proudly declared that this was his very first time performing in New York. His cheerful screams could be heard from miles away from the fully soundproof stage, especially when he had to stop mid-song to yell at the crowd to open the mosh pit up, which happened multiple times before the security woke up and realized that that was their job.

Some other notable events of the night included A$AP promoting the drug LSD before performing the song “L$D,” during which he winked at someone who may or may not have been Rihanna, and threw out his controversial sweatshirt to some lucky fan in the crowd. At the sound of air horn and cannon sound effects — both of which played after every song without fail — A$AP performed fan favorites like “Babushka Boi” and A$AP Ferg’s “Plain Jane,” so that even those in the audience who weren’t already fans had to turn up. A$AP also teased unreleased songs one after the other, including soundcloud hits like “Mushroom Cloud” and “Baby Talk,” enjoying the fans’ reception so much that he couldn’t seem to stop. It got to the point that the festival staff had to come drag him off stage because the festival was closing.

After many unsuccessful attempts at begging to stay on stage, A$AP left his stage ten minutes over time to the sound of “Yamborghini High” and the undying cheers of his befuddled fans. Although it had its ups and downs, without a doubt, this Gov Ball headliner performance was one for the books.