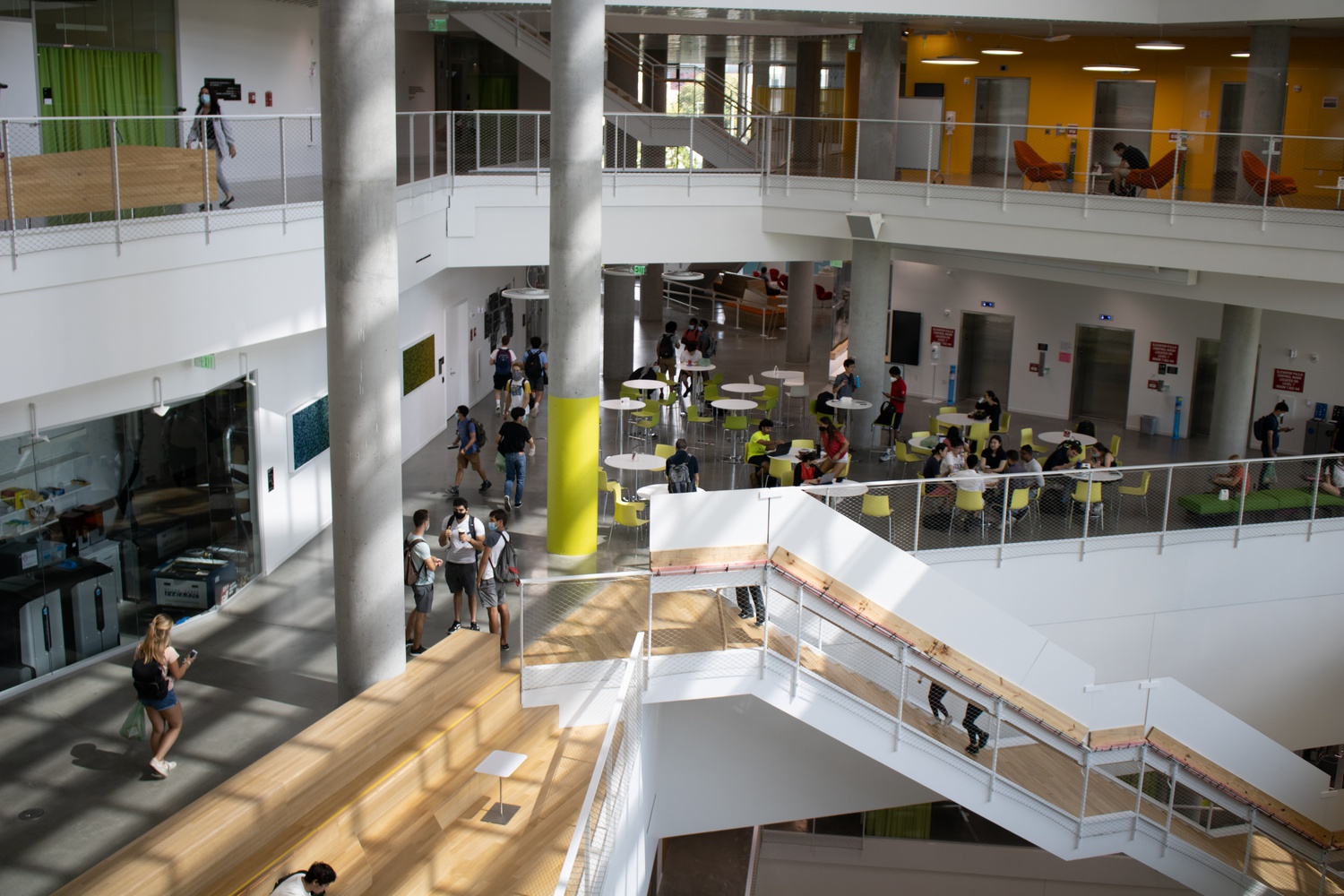 Students walk through the new Science and Engineering Complex on Wednesday afternoon. The $1 billion facility opened to the public in August. By Pei Chao Zhuo
By Maribel Cervantes and James R. Jolin, Crimson Staff Writers

The $1 billion, 544,000-square-foot building, over five years in the making, boasts Active Learning Labs, greenspace, and an engineering student “clubhouse.”

Though some Allston residents shared students’ positive views of the campus, others expressed misgivings about its appearance, the impact it would have on neighborhood affordability, and what it bodes for future Harvard development in Allston.

“I love the way it looks,” Allston resident and Harvard Business School staff member Aileen Tschiderer said of the eight-story structure. “I love the park behind it.”

For others, the building’s modern exterior — featuring a thermoregulating permanent exoskeleton — is indeed off-putting.

“It’s pretty ugly,” resident Eve Frankel said. “But I guess it sort of fits in with the modern look of this area.”

Harry Mattison, another resident, said that while there is impressive science and engineering work happening on the inside of the building, on the outside, it is a “super boring streetscape.” He added that most students would likely head back to Cambridge after classes were over.

“They disappear into the building, classes end. They all may flock back to where there’s interesting things to do in Cambridge,” Mattison said.

Mattison acknowledged that Harvard was not aiming to build a dynamic neighborhood hub and that the SEC building felt exclusive to Allston at large.

“They’re not here to build a thriving, exciting, interesting Western Ave where people go do things after work or on the weekend,” Mattison said. “They’re here to build institutional uses. If you don’t have an ID, it’s not a place for you.”

The SEC and 114 Western Ave. buildings have approximately 20,000 square feet of space that is accessible to the general public, including retail space, a cafeteria, auditorium, exhibit space, and an atrium. Additionally the public has access to the SEC green space from Rena Park. 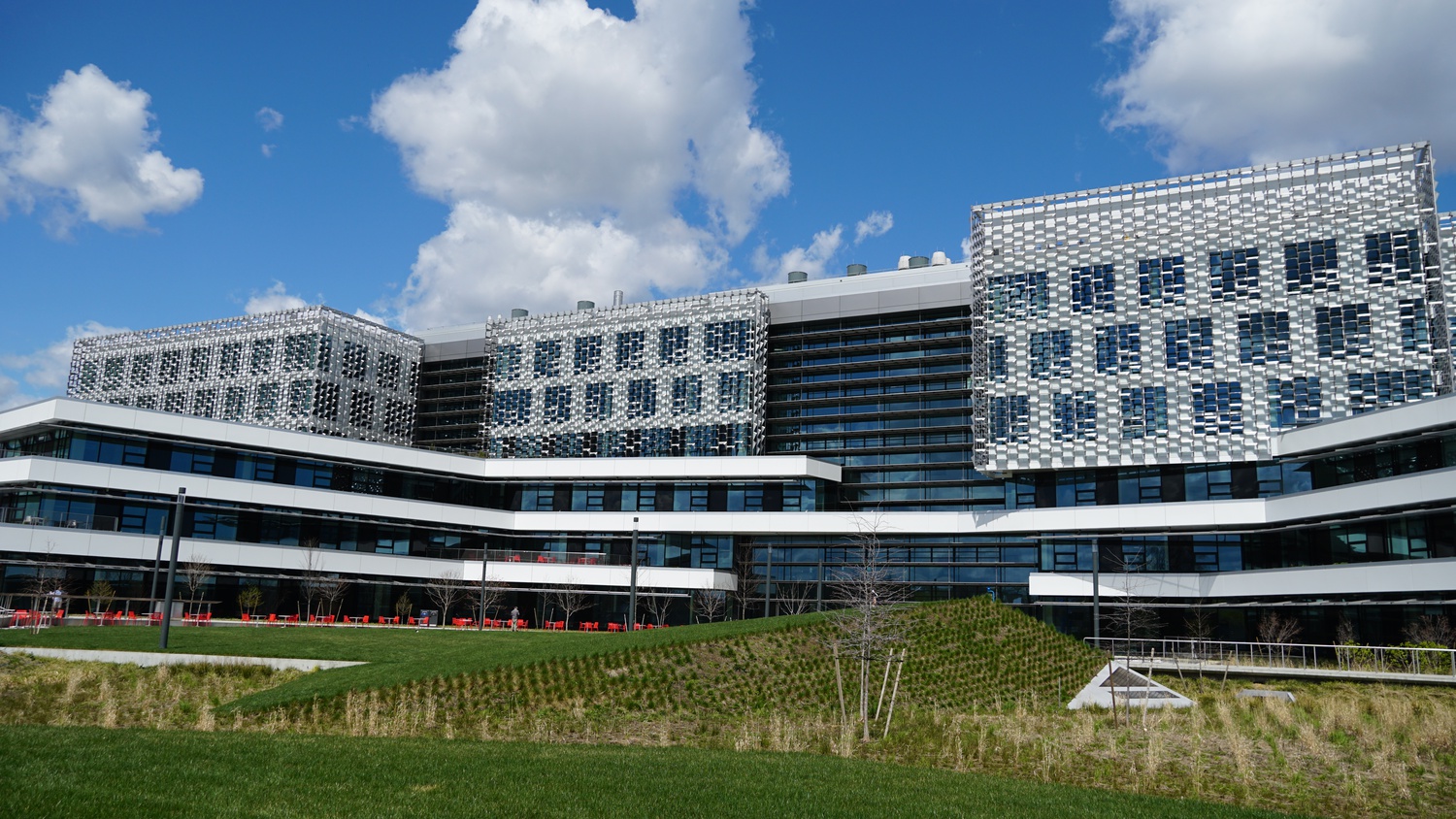 The SEC has a green space open to the public. By Zadoc I. N. Gee

Frankel said Harvard’s developments have contributed to the rise in local housing prices. She added Harvard Square has become “fancier” and “more expensive” since she was a child.

“The cost of living is really high. And it has gone up,” Frankel said.

For its part, since 2000, Harvard has committed a total of $40 million to the Harvard Local Housing Collaborative which, in collaboration with other nonprofits, creates and preserves affordable housing in Boston and Cambridge. The University also donated approximately 0.7 acres of land at 90 Antwerp Street in Brighton to create 20 deed-restricted homeownership units, including 12 affordable units.

University spokesperson Brigid O’Rourke wrote in an email that the SEC is energy-efficient, built with healthy materials, and has a high-tech water management system aimed at mitigating pollution. She added that the work at the SEC, Harvard Business School, and future Enterprise Research Center will ensure the region “remains a world-class hub for research, learning, and innovation.”

—Staff writer Maribel Cervantes can be reached at maribel.cervantes@thecrimson.com.