‘Pitch Dark at Four O’Krok: A Veri-Cambridge Jam’: A Concert to Remember 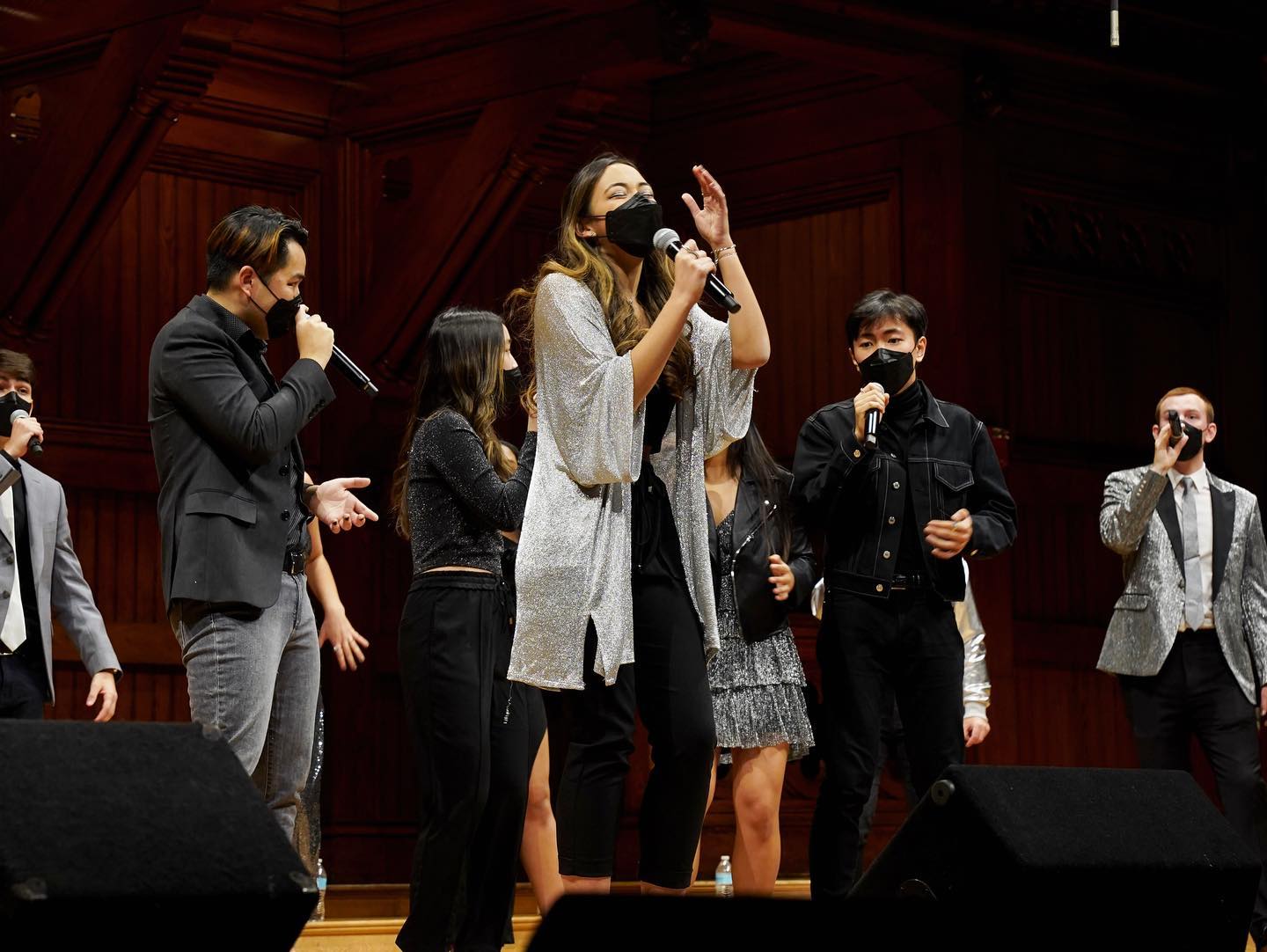 The Harvard Krokodiloes, the Harvard-Radcliffe Veritones, and the Radcliffe Pitches combined forces and returned to their home theater space of Sanders Theater in their show “Pitch Dark at Four O’Krok: A Veri-Cambridge Jam.” The concert took place on Sunday, Dec. 5 and spanned about two and a half hours.

The a capella jam began with the Radcliffe Pitches, who sang eleven songs in total. Throughout their performance, the Pitches maintained a composed and sophisticated demeanor in all-black outfits and organized in rows of two. The singers stood socially distanced from each other so that they could safely remove their masks and project to the audience as they sang. The song that really won the audience over was a rework of “Mr. Sandman,“ which included many lyrics familiar to Harvard students and the current Covid-19 regulations.

“Mr. Sandman, we made it through 1 weird semester now please make it two ,” was one relatable line. “Don't want to end up in virtual school,” and “can we stand closer the next time we sing,” were other funny changes to the iconic song. Finally, in a foreshadowing of what was to come, The Pitches were joined by the Harvard Krokodiloes, creating an even fuller sound and leaving the audience excited for the rest of the program.

The Harvard-Radcliffe Veritones, a co-ed a capella group, took the stage next in glamorous silver and black outfits. The group has 18 members, with over half being new additions. The Veritones were unlike any other a capella groups in this show, as member Chuck See ‘22’s skills as a vocal percussionist allowed them to perform more contemporary songs, such as “Genius” by LSD and “Leave the Door Open” by Silk Sonic. The Veritones also used the stage space extensively in their choreography, and made their performance more visually engaging by playing with levels in their formations by crouching down to the floor.

The Veritones also have a longstanding tradition of allowing all new members to arrange and be featured in a song. Because the group has a large number of newbies, they chose to divide up these members into 2 pieces: “Love on the Brain” by Rihanna and “La La Latch” by Pentatonix.

The Harvard Krokodiloes, Harvard’s oldest all-male a capella group, established in 1946, has twelve members. Their program consisted of 13 songs and one encore song. The group dressed formally in tuxedos and stood close together in a half circle, which required them to sing with masks on. The group began their section of the show with only Jongtae Jeon ‘22 and Joey Griffith ‘22 on stage, and eventually the other ten members joined them as the duo sang “The House of Blue Lights.”

Each group also had an alum-specific song that past members of each a capella group could stand up and join. The Radcliffe Pitches called for alums to stand up in their seats due to Covid-19 regulations and join them as they sang “Surprised” from the Pitches Songbook. The Harvard-Radcliffe Veritones followed the same format with their song, “Streets.” The Harvard Krokodiloes, however, vied for a more community-based approach, allowing alums to stand in front of the stage as they sang “Johnny O'Connor.” 11 alumni stood in front of the stage, joining in on the choreography of the piece that has been passed down for generations; moreover, some of them even wore the classic Krokodiloes tie with crocodile patterns along the front. Paying homage to their pasts as well as nodding to the future, the three groups truly produced a concert to remember.