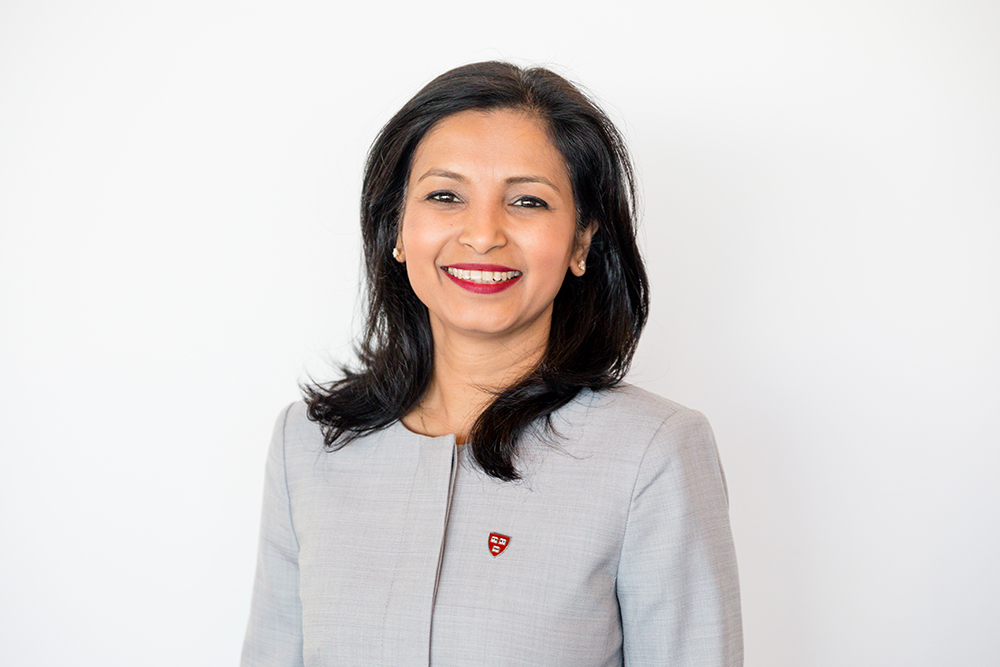 Smitha Haneef, who works as the managing director at Harvard University Dining Services, is also co-chair of the Harvard Food Systems Initiative. By Courtesy of Smitha Haneef
Advertisement
Advertisement

Mixing up the Menu: The Harvard Food Systems Initiative

The HFSI curriculum combines a series of faculty-led seminars with experiential learning to accomplish an ambitious goal: According to its website, the program aims “to inspire elevated thinking and change to shape future food systems leaders for a more sustainable future.”
By Samuel P. Goldston

Smitha Haneef’s passion for Harvard University Dining Services’ food sizzles even through the phone as she describes a recent dining hall meal. “It was a beautiful chicken entree, local mussels that the chef cooked,” says Haneef, HUDS’ managing director. “I believe even some mashed potatoes and sweet potatoes and wild blueberry crumble with blueberries from Maine.”

What comes next, however, is a different kind of endorsement: “It had good protein, it had good macro and micronutrients, and solved for multiple goals at the same time,” she says, this time more practical pediatrician than flowery food critic. Haneef serves as co-chair of the Harvard Food Systems Initiative, a program launched this fall but which has roots stretching decades into Harvard’s past.

Walter C. Willett, a professor at the Harvard School of Public Health and Harvard Medical School who co-chairs HFSI with Haneef, remembers the food he ate as a graduate student in the 1970s less than fondly. “The food was so bad, I would hardly eat much of any of it,” he says with a chuckle. “It just wasn’t healthy.”

Willett has devoted much of his career to nutrition research. After over 40 years spent studying the connections between diet and disease, HFSI is the latest step in Willett’s long quest to “institutionalize and formalize a little bit so that everybody who came through Harvard dining would have information available about health wellness.” 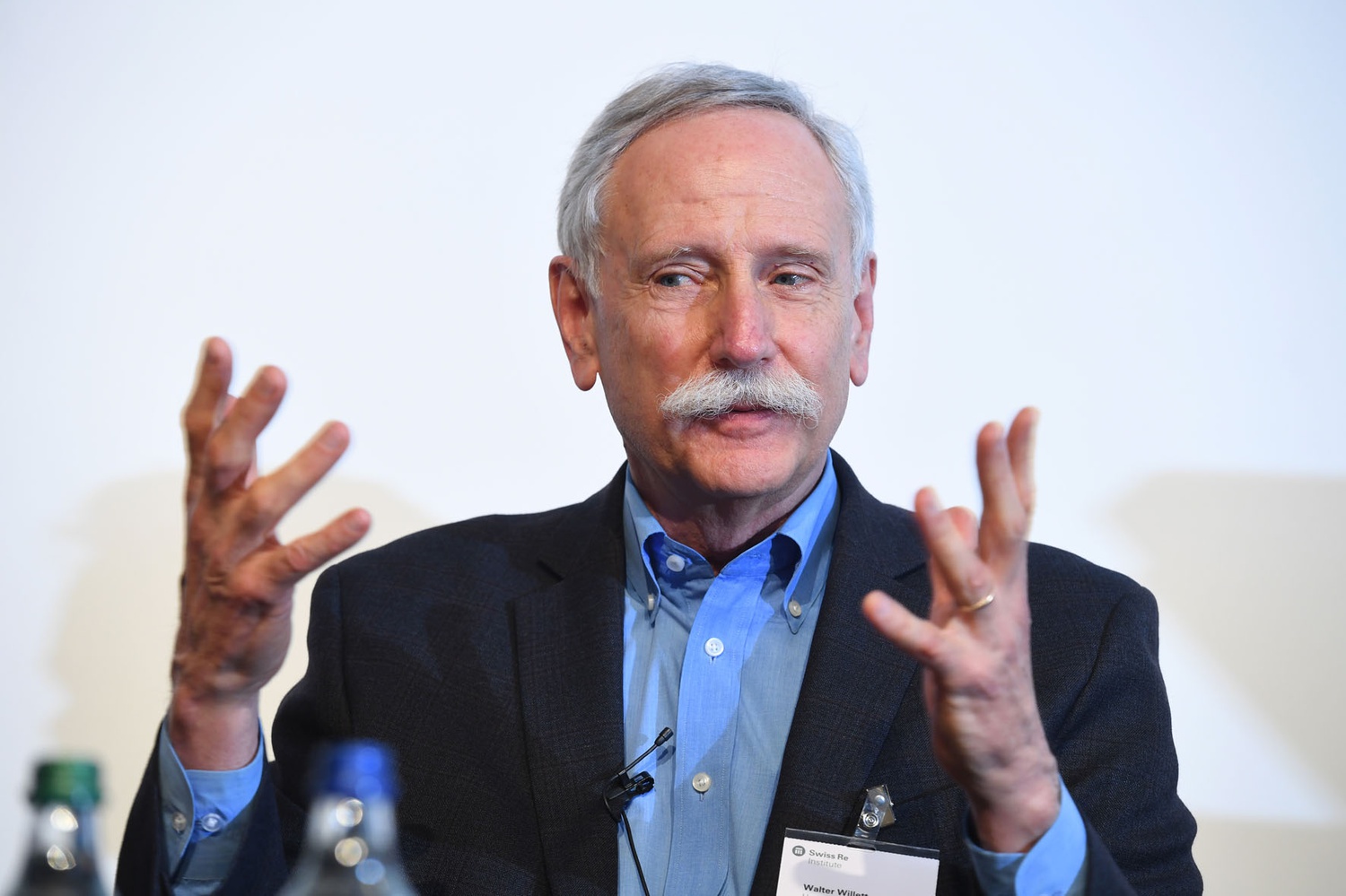 Walter Willett, who co-chairs HFSI with Haneef, is a public health professor who has devoted much of his career to nutrition research. By Courtesy of Walter Willett

Haneef comes to HFSI with a background very different from Willett’s — she previously worked in five-star hotels, catering, and restaurants — yet her vision for HFSI aligns with his. After speaking with faculty, staff, and students upon her arrival at Harvard, Haneef was inspired to make an "epicenter for food.”

The HFSI curriculum combines a series of faculty-led seminars with experiential learning to accomplish an ambitious goal: According to its website, the program aims “to inspire elevated thinking and change to shape future food systems leaders for a more sustainable future.”

“It certainly isn’t a traditional curriculum, because it’s a dynamic, experiential one,” says Jessie Smit, an HSPH student in the Master of Public Health program and a researcher with HFSI. She praises the seminars’ inclusion of content on both sustainability and nutrition as evidence that HFSI is “not only spreading awareness of what sustainable eating looks like, but it’s practical knowledge that can be really applied in people’s everyday decision-making around food.” 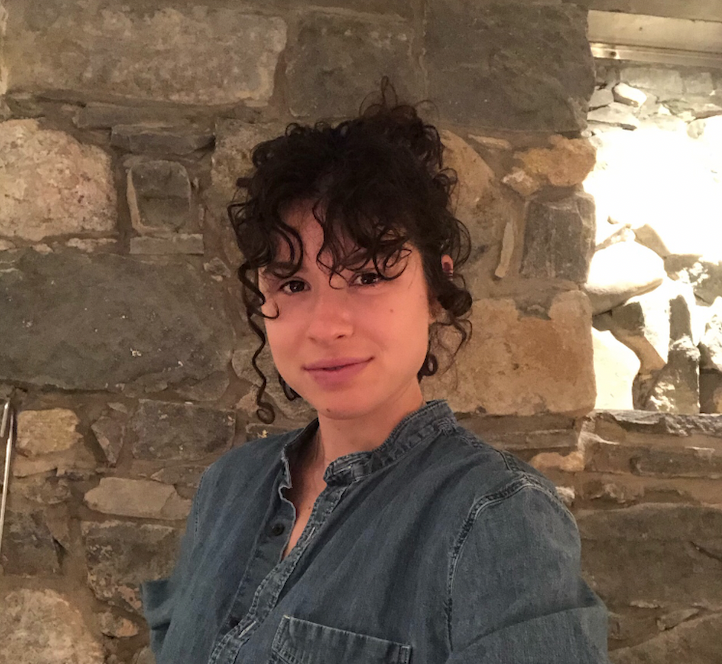 By Courtesy of Jessie Smit
Advertisement

Events so far have included culinary demonstrations like oyster-shucking and pasta-making in addition to seminars with Harvard professors and special guests. Haneef and Smit emphasize that while reception by the audience is difficult to gauge through virtual formats like webinars, the attendees they could see were engaged and enthusiastic.

Willett is less impressed with attendance. “Compared as a fraction of the people who come through Harvard, it’s a small percentage. That’s why we really want to take advantage of the fact that all students and lots of other people come through food service every day,” he says.

The low participation HFSI is seeing could be the result of the inconspicuous nature of menu changes. Willett calls Harvard’s sodium-cutting efforts “huge reductions that were invisible to everybody,” and acknowledges that the invisibility is precisely the point. “There’ve been a lot of improvements,” he says of the decades he has worked on these issues, “many of which people don’t even notice.”

It is also possible that people are justifiably wary of any prescriptive “healthy” eating habit, given the harmful narratives around eating and body image that have pervaded social media feeds and young psyches. Yet, Haneef described HFSI’s definition of personal health as inclusive. “My hope is, what’s the right balance that menus are written where every student is able to find a good choice and selection of menus that allow them to be their healthy best,” she says.

Previous efforts to promote healthy habits in Harvard’s dining halls have made notable impacts. Willett points to a survey from several years ago that found the share of students choosing whole-grain rice over white rice increased during their time at Harvard. While it is easy for such numbers to seem insignificant, Willett considers it a step in the right direction.

As the HFSI team works to increase awareness about the food and its impact, every step counts. “I think just recognizing that the things that you’re choosing to eat are impactful, to some degree, is important,” Smit says. “It’s a responsible citizen-of-the-world awareness to have.”