‘Fair’ Review: Normani Asks Whether Some Artists Are Meant to Stand (and Sing) Alone 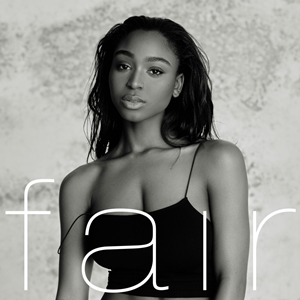 Starting her career in the sensational but now-defunct girl group Fifth Harmony, Normani has made her own name collaborating with A-list artists from Ariana Grande and Nicki Minaj to Sam Smith and Megan Thee Stallion. Her latest single, “Fair,” which was released on March 18, is one of only two solo tracks released by the singer (following 2019’s “Motivation”). “Fair” reflects this lack of solo experience and conveys all the hesitancy of an artist who has yet to assert herself as a stand-alone star.

Fittingly, “Fair” is a song about insecurity. Over a soft beat and an ambiguous, piano-like instrument, Normani not only pines for her ex, but expresses frustration with his growth post-breakup as compared to her stagnancy and continued heartbreak. Singing, “Is it right that you’ve grown / And I’m still stuck in habits? / ‘Cause I’m finding it strange / That you’re better than average,” Normani ruefully captures the pain of loss and the unique humiliation of watching a person blossom without you. But these are brief moments of eloquence in a track repeatedly marked by auto-tuned, nonverbal crooning, as if Normani and co-writers Abby Keen, Bernard “HARV” Harvey, and Felisha King Harvey had nothing left to say to fill the three-plus minutes of synth.

Considering the vocalist “Fair” is written for, the frequent crooning becomes even more cumbersome. From her debut performance of the track on “The Tonight Show Starring Jimmy Fallon,” it’s clear that the single was meant to be Normani’s foray into diva-dom: she stands unaccompanied at a microphone with wind blowing in her hair à la Beyoncé or Celine Dion, but her performance lacks the vocal excellence and emotional depth that allows those powerhouses to shine in more pared-down presentations. Perhaps her team knows that Normani is not the performer who appears at best advantage with no razzle-dazzle — that theory would explain both the seemingly random dance moves that punctuate the performance and the failure of the record itself to reach a climax that would demand power and vulnerability of its performer. “Fair” doesn’t trust Normani to pull off the classic heartbreak ballad, and the effect is a hesitant, overly-produced hodge-podge of a track: slightly ballad, slightly dancey, and slightly forgettable.

One wonders if this hesitancy will carry through the rest of Normani’s imminent debut studio album (scheduled to release in summer 2022) of which “Fair” and a recent collaboration with Cardi B titled “Wild Side” are meant to precede. In an Instagram story posted on Feb. 8, Normani described her upcoming album as “genre bending,” hinting that the record will represent an expansion of the artist’s musical toolbox. Certainly, the divergent sounds of “Wild Side” and “Fair” are indicative of some musical exploration, but the question remains whether one artist can capture a wide range of genres successfully, especially within the confines of a singular album. Regardless, the prospect of a record where Normani’s name is not constantly surrounded by parentheses and where her talent and artistry are centered is something to celebrate.