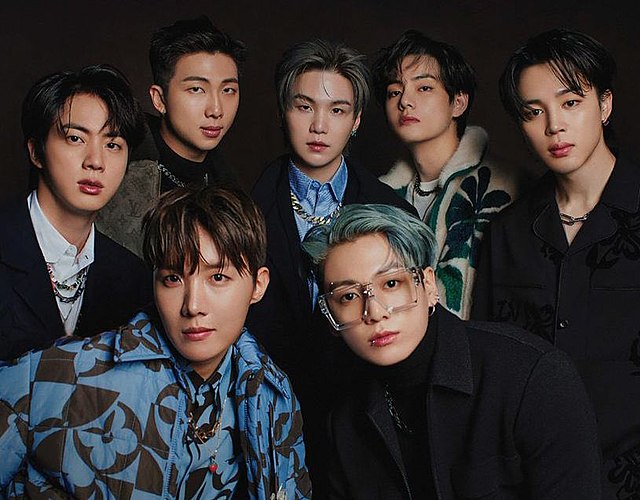 By now, most pop culture and music fans know that the Korean pop icons BTS recently visited the U.S. After their explosive performance at the 64th Grammy Awards earlier this month, the K-pop sensations took to the sold-out Allegiant Stadium stage in Las Vegas for three back-to-back days of “Permission To Dance On Stage” (or “PTD”) performances.

Although they did not win the Grammy for Best Pop Duo/Group Performance, the band made it clear that the awards ceremony just a pit stop onto the real destination for their trip: “We didn’t come to Vegas for the Grammys. We came to Vegas for the ARMYs,” band leader RM said during their April 9 performance. “PTD” follows a previous series of four Los Angeles-based concerts in November and December of 2021. Despite their residency lasting only four days, these concerts were so wildly popular that they achieved the biggest single-venue concert engagement by any act in almost a decade.

Amid a hectic and record-breaking year for the seven members — RM, Jin, Suga, J-hope, Jimin, and Jungkook — they concluded their “PTD” tour with a new album announcement. The first teaser came at the conclusion of their final concert on April 16, when RM exited the stage with the phrase “We Are Bulletproof” — the name of the 18th track from their 2020 “Map of the Soul: 7” album. These words were immediately followed by a black-and-white montage that featured the group’s previous albums. The 50-second video concluded with a date: June 10, 2022.

Sure enough, mere seconds after the announcement, BTS’s fanbase — nicknamed ARMY — blew up Twitter with trending hashtags like “BTS Is Coming.” Known for their keen perception when it comes to connecting BTS easter eggs, ARMYs cracked the code in no time at all. They were convinced a new album announcement had been made hours before BTS’ management, Big Hit Music, would officially confirm the release on WeVerse. Some fans even went so far as to use clips from BTS’s 2015 music video “RUN” to crack the mathematical code behind the album’s release date.

While Big Hit Music has yet to release any further information about the upcoming release, that hasn’t deterred ARMYs from making their own predictions. Proposed hypotheses include that the name of the album will be “WE” to reflect “ME,” and that the album’s cover will be purple to symbolize BTS’s growth.

Whatever the future may bring, BTS is sure to have their loyal ARMYs at their back — no matter which color they pick for their cover art.