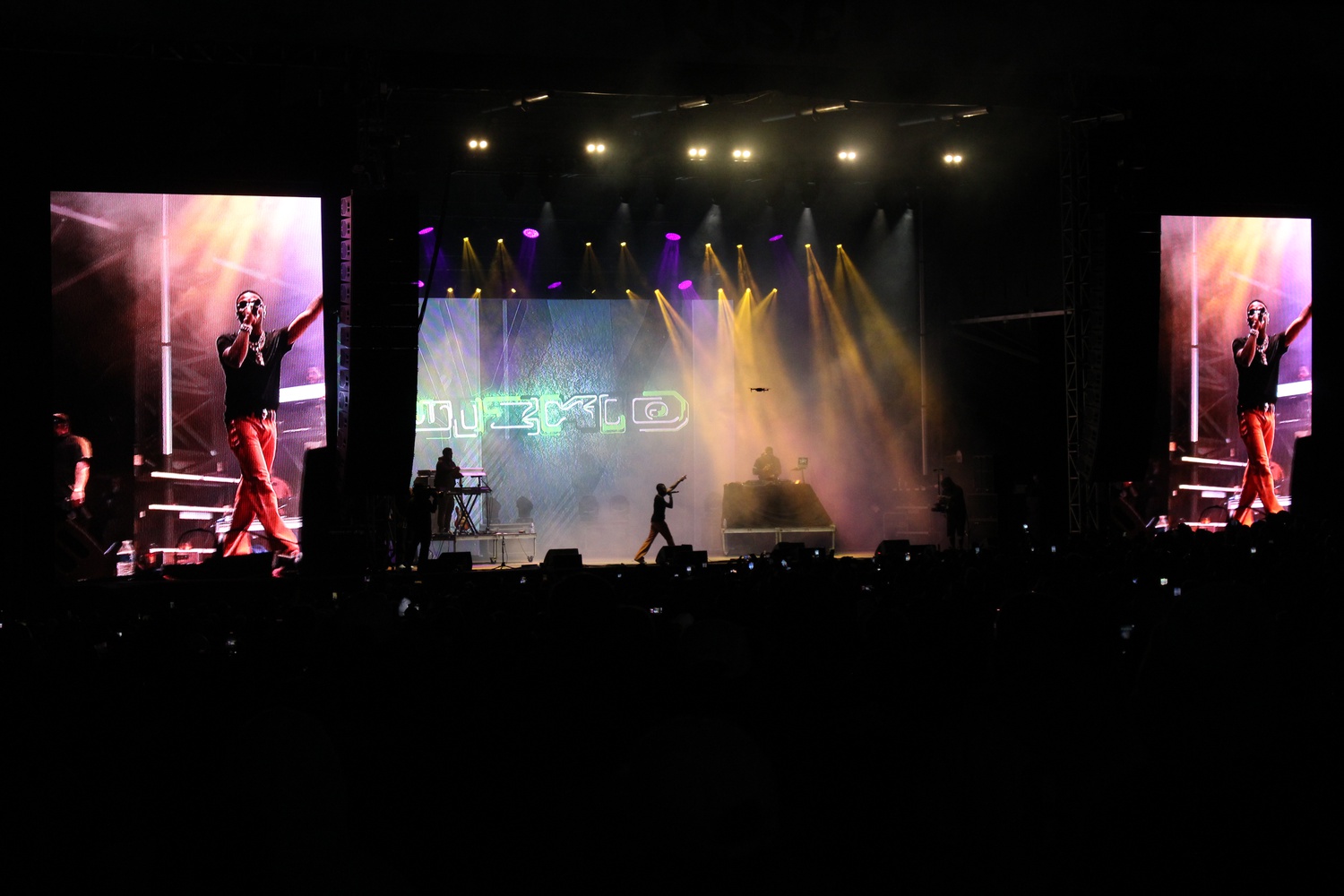 Ever since smash hit “Made in Lagos” dropped last summer, Nigerian rapper Ayodeji Balogun (also known as Wizkid or Starboy) has established himself as a giant in the African music scene. Wizkid lived up to his flourishing stardom in his performance at this year’s Dreamville festival, confidently growing into his international fame as the headliner of the festival’s Rise stage.

After DJ Tunez warmed up the crowd with remixes of “Love Nwantiti” by Ckay and “Fall” by Davido, Wizkid took the stage in Raleigh for the first time in Dreamville history. He entered the stage slow and steady, taking his time throughout the concert like the seasoned performer that he is. His “Ginger” performance was smooth like honey, accented by the spiced orange flair pants he wore. Wizkid’s four-karat smile reflected off the gigantic jewelry piece around his neck, speckles of diamonds bouncing off his iridescent shades. Safe to say, Starboy’s outfit was expertly curated to be reminiscent of the sunny, carefree quality in his songs.

DJ Tunez served as Wizkid’s hype man throughout the concert, urging the crowd to sing along to his adlibs. Together, they vibed out with the crowd through “No Stress,” and “Grace,” maintaining the serene ambiance throughout their set. The energy was reflected in the crowd, which turned to uninhibited dancing to the sinuous beat. Some festival goers could be heard whistling and clapping to the beat together, tapping into the communal experience that Wizkid’s tracks seek to bring out in listeners.

Wizkid shouted his day-one fans out with a special acoustic performance of “Ojuelegba,” from his sophomore album “Ayo,” which Starboy called the African national anthem due to its symbolism for the Nigerian youth. In singing the heartfelt lyrics “I am feeling good tonight / This thing got me thanking God for life” Wizkid expressed how grateful he is to celebrate his first time at Dreamville with the crowd. Throughout the concert, Wizkid paid extra attention to members of the Pan-African diaspora in the crowd, shouting out the flying flags from Haiti, Jamaica, and Trinidad, to name a few. He brought all of these ethnicities together for a performance of “Joro,” which is a Yoruba slang word that translates as ‘come, let’s enjoy.’ 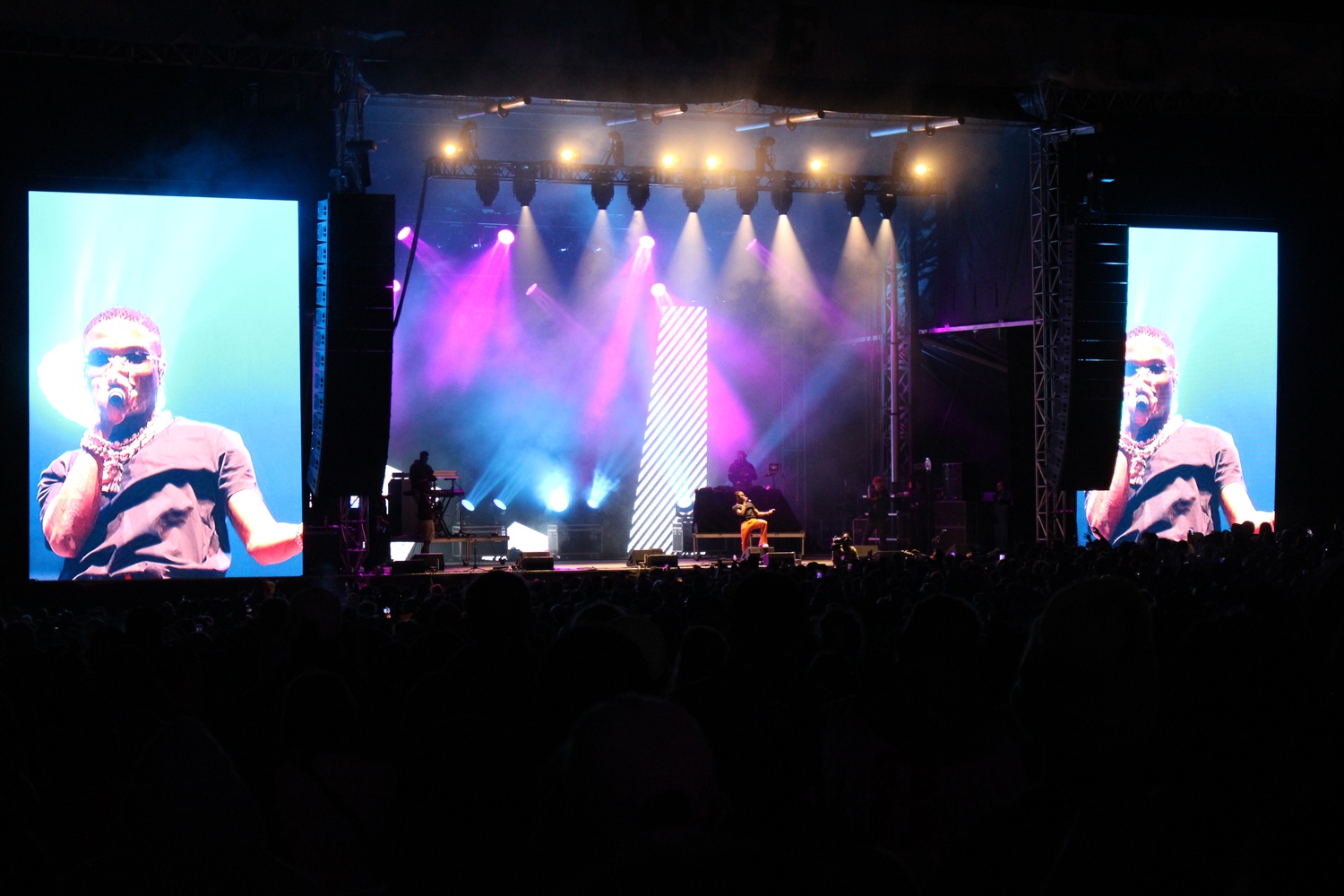 Wizkid and DJ Tunes dance for their fans in the Dreamville crowd. By Courtesy of Alisa Regassa

Wizkid’s larger-than-life stage presence reflected his years of experience as a musician. Throughout the set, he was filled with energy, jumping up and down and climbing atop the speakers in an effort to better engage with the audience. He was quite the flirt, blowing kisses for the women in the front row and spraying them with multiple water bottles during “Soco.” On “Come Closer,” Wizkid sang “One fuck can’t hold me we gotta go twice,” then adding “three times, four times,” sending a sly smile to his cheering fans as he sang. His stage design reflected that charisma, the backdrop of African women with crowns on their heads at the center of his performance. He made sure to slow it down for an acapella rendition of “True Love,” where the harmonizing back vocals elevated his singing to a new level.

He wound down the show with “Essence,” which had the audience dancing for minutes after the concert ended — an after-effect of the serotonin boost that only a Wizkid concert is capable of delivering.