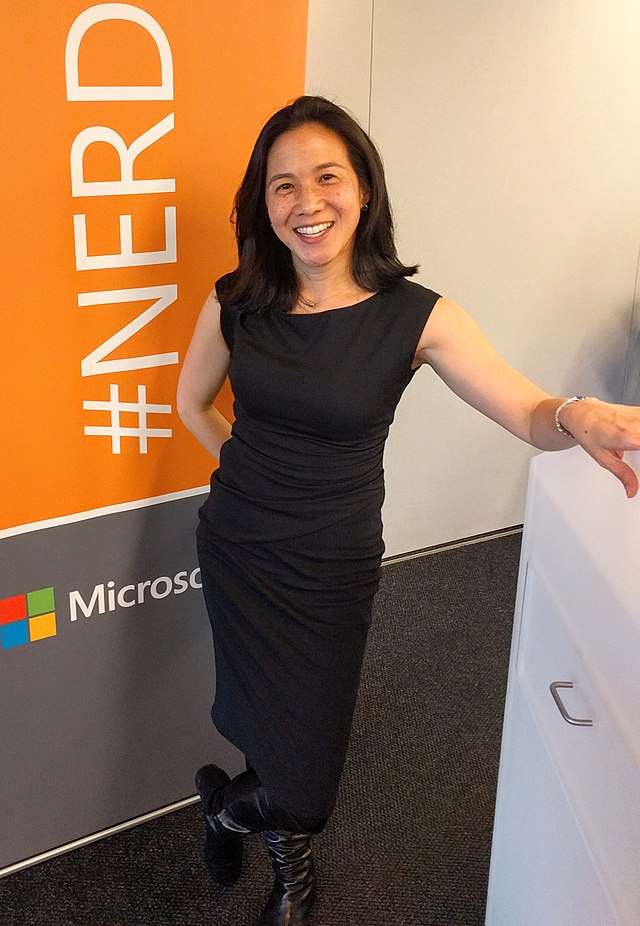 What separates those who dream and those who do — those who merely make a resolution and those who actually achieve their goal? While a large majority deem IQ scores and innate talent as primary predictors of success, one Harvard alumna uncovered the common factor that truly unites the accomplished: grit.

Angela Duckworth '92 describes grit as a “passion and perseverance for long term goals.” After graduating from Harvard College, Duckworth went on to become the Rosa Lee and Egbert Chang Professor of Psychology at the University of Pennsylvania and publish her 2016 New York Times best-selling book “Grit: The Power of Passion and Perseverance.” In the midst of a culture that prizes the innately talented, Duckworth persistently questioned how these people achieve so much. In an interview with The Harvard Crimson, the author revealed how to develop grit and perseverance and also how to create a focused goal worth the hard work.

Duckworth’s best-selling writing initially explains the ease of assuming natural talent, as it’s more convenient to avoid comparing oneself to a person with seemingly inhuman capabilities. Her empirical research, however, reveals that the highly accomplished do not possess superhuman skills, but rather an incredible work ethic and a goal-oriented mindset.

Her book focuses on interviews with countless paragons of grit — from West Point cadets to national spelling bee champions — to understand how perseverance and passion directly correlate to success. When studying West Point cadets, for example, Duckworth measured these high-achievers with standard metrics of intelligence quotients and physical fitness tests. Among the cadets who eventually graduated from the university, Duckworth found that the common factor among them was not intelligence levels or natural athletic abilities, but rather incredible levels of work ethic. She thus determined that grit is a better predictor of success than traditional measures.

Sprinkled with personal anecdotes and a relatable voice, Duckworth’s book makes for an authentic, memorable read. After reading the book and learning about the essential link between work ethic and goal achievement, readers are likely to wonder how they, too, can create a focused goal. It seems that in order for a person to practice grit — an active commitment to working towards a higher goal or purpose — one must first clearly define their goal.

When asked about goal creation, Duckworth reframed this seemingly monumental practice of finding a higher life purpose or calling with an effortlessly simple metaphor: “The paramecium is a single-celled organism, one of the most primitive on earth… And when it hits an obstacle, it backs up, it changes its angle, and tries again.”

Instead of limiting oneself to a life passion immediately, Duckworth reminds readers to take a step back and think of themselves as a paramecium, moving towards natural interests with genuine curiosity. Using the metaphor of moving away from the cold, Duckworth also explained that changing one’s plans for the future is “growth, not a lack of grit.”

After graduating from Harvard with a Bachelor of Arts in Advanced Neurobiology, Duckworth adjusted her original plan to attend medical school. Instead, she opted to earn a Ph.D. in Psychology at the University of Pennsylvania and now takes a more unstructured approach to goal setting. “An ultimate goal, a top-level goal, is like a north star. It is super useful and I’m not backing down from recognizing the usefulness of having a purpose,” she said.

Duckworth went on to explain how people feel this intense pressure to define a singular passion or “north star” when in reality, they should explore their many interests and values. Duckworth suggests that everyone ask themselves: “What are your values and where does your attention go spontaneously?”

“I love words. I’m really interested in human nature. One of my values is kindness and another value is excellence,” said Duckworth. “I found something that’s at the intersection of those two interests and those two values.”

At the end of the interview, Duckworth offered some essential advice for remaining hopeful and goal-oriented in the face of adversity. Much of this advice was rooted in her reflection on the Covid-19 pandemic.

“My recommendation isn’t just, ‘Hey, be gritty!’ — I’m convinced that pep talks don’t do very much for anyone,” she said. “But I do think that every time we experience emotions… that hopelessness that every one of us, including myself has felt, the first thing to do is to notice. To notice when you’re feeling exhausted, burnt out, or without hope. The next thing is to ask yourself in a curious, almost third-person way as if you were talking to a close friend, ‘I wonder why that is? What’s going on in life that makes me feel this way?’”

While other self-help books may offer the typical “fake it till you make it” advice, Duckworth prescribes a deep, personal reflection when facing failure or external challenges. Even in the face of external challenges, Duckworth explains that following this approach allows for “agentic hope” — the belief that “I can do this if I try.”

In a world congested with 10-year plans, Duckworth reminds readers that finding a purpose and calling is a beautifully messy and often long process that takes immense amounts of patience and trial and error. After reading “Grit,” readers will walk away with a profound sense of agency over their life and ability to achieve. With that power comes great responsibility — the responsibility to treat failure with compassion and find positivity in redirection.

While her book remains undeniably inspiring, the real inspiration is Duckworth’s personal success from following a set of her interests and passions to craft and achieve her goals. Duckworth brings a lightness and a level of creativity to goal setting, ultimately inspiring more dreamers to do.