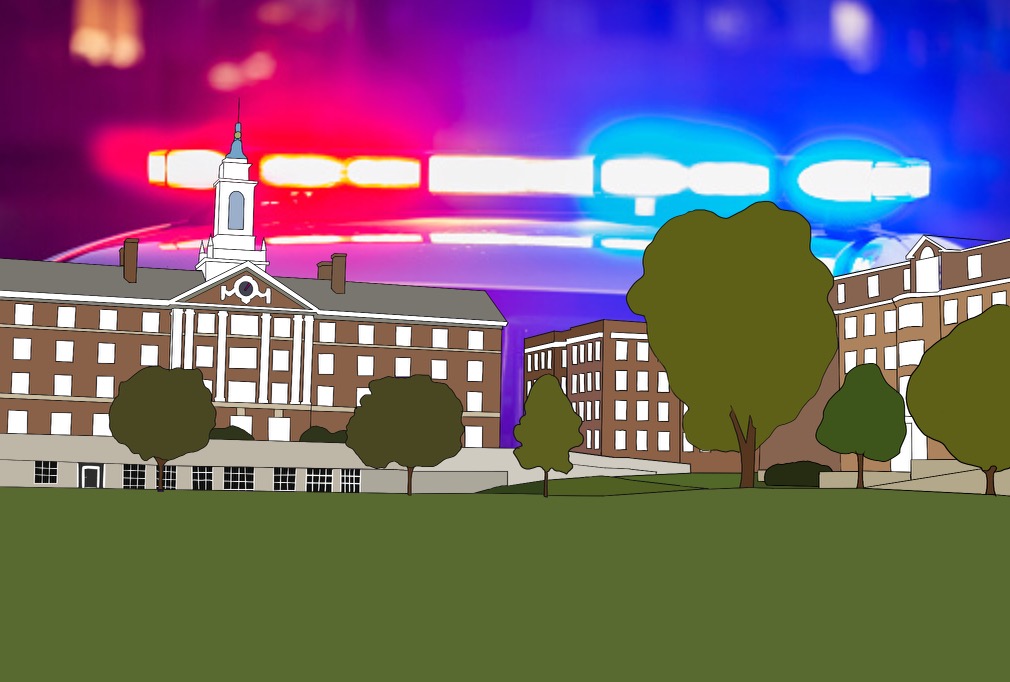 Police lights strobing from top of a Quad building over the lawn. By Michelle Liu
Advertisement
Advertisement

No, I Will Not Stop Calling the Cops on Quad-Goers

Do you have any idea how loud a kid’s birthday party is? Why would I tolerate that noise when I could just call the cops?
By Harrison R. T. Ward

Of all of Harvard’s 12 undergraduate houses, Cabot is the only one with green space open to the public — no gates, no fences, no nothing. Every day when I bike back to the Quad, the lawn is teeming with Cambridge residents enjoying said green space, playing with their toddlers or training puppies.

So thank God Cabot house administrators sent us an email last semester reminding us that the Quad Lawn is technically private property and that “if [Cambridge residents] are becoming a disruption” we are welcome to “call HUPD.”

Rightfully, I have been deputized by Cabot to keep these annoying Cambridge yuppies off my fucking yard with the full force of Harvard’s multimillion-dollar private police force.

Many readers may be headed to the internet now, preparing to tweet, “What about equity? Isn’t it cruel to use a private police force to keep the public out of an open green space?” To which I say, “Do you have any idea how loud a kid’s birthday party is? Why would I tolerate that noise when I could just call the cops?”

Let me recount the numerous instances when I have felt the residents of Cambridge have become a disruption to me during my time in the Quad. By the time I am finished I am sure you will agree that calling the cops is the only reasonable remedy.

Last semester, I walked out of my building to see a middle-aged white woman with a golf club chipping golf balls on the grassy hill at the north end of the Quad Lawn. Can you imagine how threatened I felt? What if she had used that club to attack me? I’m sure you would agree that I had no choice but to call HUPD and request to have her forcibly removed.

And imagine my surprise when I saw another middle-aged white woman cross-country skiing across the lawn after the snow storm in late January. Perhaps in the Nordic Circle they don’t quite understand the concept of private property, but I immediately clutched my pearls, that’s how appalled I was at her behavior. I’m sure you would agree that I had no choice but to call HUPD and request to have her forcibly removed

On one of the first nice days this semester, the sun was out and the temperatures were pushing into the 70s. Although it was beautiful, it also led to an influx of seedy characters loitering all over the Quad. A gang of shirtless, young, white men were doing “parkour” all over my building’s doorstep. I watched them spend a good 10 minutes chasing each other like hooligans, laughing and practicing their little tricks, until I finally had enough. I’m sure you would agree that I had no choice but to call HUPD and request to have them forcibly removed.

I will continue to call the police — on young white couples playing ultimate Frisbee, on children’s birthday parties, on people walking their dogs. I am committed to doing whatever it takes to protect the Harvard community from these disruptive, sinister characters.