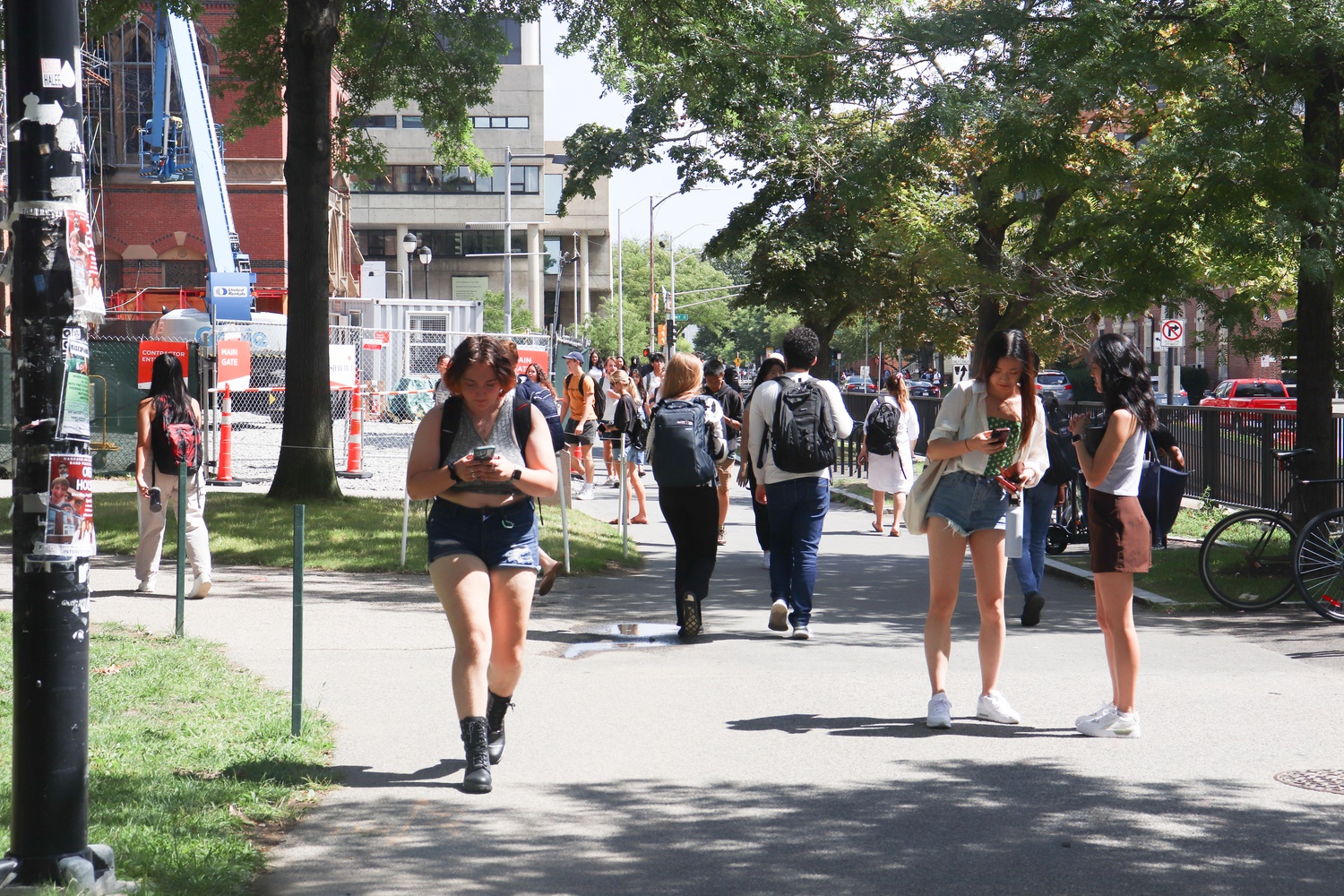 Students flooded the Harvard campus’ paths, hallways, and buildings as they made their way to classes on Wednesday, the first day of the fall semester.

This year marks the second year since Harvard’s campus returned to full capacity and the first semester since the start of the Covid-19 pandemic that Harvard is not requiring students to wear masks or test regularly for the virus.

For Brayden H. Orpello-McCoy ’24, the continuation of in-person classes meant strengthening friendships and feeling better acclimated to the College environment.

“Having been a sophomore last year, we really didn't have a real first in-person freshman year,” he said. “This felt more comfortable and more familiar.”

But Orpello-McCoy added that getting to interact with peers and professors without masks was “like navigating a new social dynamic.”

“I’ll be honest, it kind of felt awkward,” he said.

Tessa I. Conrardy ’24, a junior who transferred to Harvard last year, also described feeling more at ease on campus as an upperclassman.

“It's definitely strange coming back to campus and feeling that everything is really familiar and feeling like we're actually veterans for once,” she said.

Conrardy, who is deaf in her right ear, added that she is grateful to be able to see people’s faces without masks this year. She noted that since she relies on reading lips, communicating was “definitely tricky” while the University’s mask policy was in place.

“Especially given that I take Russian,” Conrardy said. “Really getting everything that's going on as far as every single word that everyone is saying is super, super helpful.”

Peggy Y. Yin ’25 called her first day of classes “pretty hectic” and “jam-packed,” which she said impacted her decision about whether to wear a mask in lecture. Yin explained that when she entered her statistics class, she put on her mask “because it was a lot of people packed in close quarters.”

“With masks, I think I'm probably going to stick to the side of safety for the large lectures but probably keep it off for the smaller lectures,” she added.

For some freshmen, the first day of classes brought fun, uncertainty, and minor mishaps.

Amber E. van Meines ’26 said she walked into her expository writing classroom while a previous class was still in session.

“That was a little bit embarrassing, but it wasn’t too bad,” she said. “ I just walked in, and I was like, ‘Oh,’ and then I walked back out.”

She added that the lack of a shopping week period left her “a little bit uncertain” about her choice of classes.

“I didn’t meet the professor or anything,” said van Meines. “I didn’t know what to expect.”

But she credits her academic advisor, her peer advising fellow, and her upperclassmen friends on the swim team for helping her figure out which classes to try out.

Kaia J. Li ’26 said her first courses at the College “went by pretty fast” and were not as stressful as she anticipated.

“They were actually kind of beyond my expectations,” she said. “They were a lot more fun than I thought they would be.”