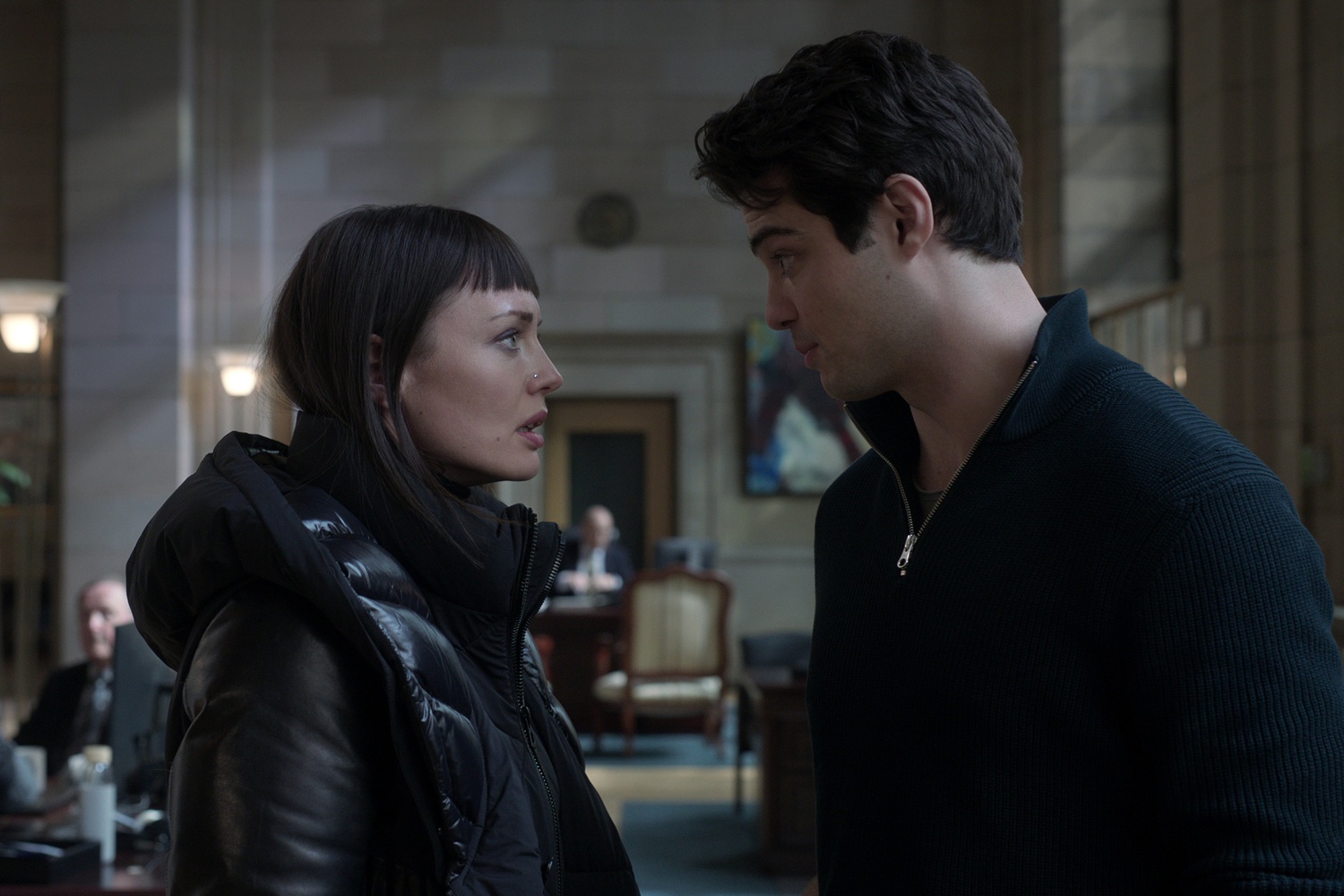 Noah Centineo takes on a new fast-paced, nail-biting role in the new Netflix series, “The Recruit.”

Centineo stars as Owen, an adrenaline junky and newly-hired CIA lawyer who gets thrown into the world of classified missions, in which people are constantly trying to kidnap or murder him.

For Centineo, who has previously starred primarily in teen romance films, this change of genre is refreshing. In “The Recruit,” viewers can see the true versatility of Centineo’s acting skills as Owen navigates several stressful situations, which differs from his usual humorous and lighthearted roles.

Owen’s character forms a complicated friendship with Max (Laura Haddock), a CIA asset trying to extort the CIA in return for keeping their secrets. Owen is charged with making her see reason — an assignment that turns his life upside down. Their relationship conveys both a sense of distrust and romantic tension: Owen cannot decide if he can truly trust Max, but he cannot deny his natural attraction and attachment to her.

Haddock’s acting is so extraordinary, viewers would forget she’s just playing a role. Her character’s simultaneous assertiveness and mysteriousness makes it hard for the audience to fully understand her motives. This route of character development is quite unique because it is difficult to predict a plot if the character in question is so unpredictable.

The series sets itself apart from other spy thrillers, as it definitely paints the CIA in a new light. Unlike the typical protagonists of espionage stories, Owen maintains a certain sense of chaos and unpreparedness throughout the season — it seems like he never understands what’s going on with his mission or with the agency. Owen’s lack of smoothness and stealth make him a surprisingly compelling lead. However, he does not always follow his exact orders, yet seemingly faces no real consequences — a detail that facilitates the storytelling, but is ultimately much more unrealistic than the usual portrayal of secret agents.

In addition to Owen’s continuously risky and impulsive decision-making,, it does not even seem like he can trust the agency or the other agents around him. Ironically, Owen comes to trust Max and lets her guide him through the chaos, despite the fact that she was a criminal and a murderer.

Max and Owen’s ambiguous and unclear relationship is a consistent, key factor of the twisty main plot, which follows Owen trying to do his job. Admittedly, this relationship draws attention away from the extremely complicated narrative, possibly hindering the overall effectiveness of the story itself for the viewers.

While the series succeeded in establishing a strong emotional attachment for the viewers in relation to Max and Owen, other characters were unfortunately far less developed. The lack of backstory or context for the series’ supporting characters often made it difficult to understand their actions and their true motives. However, in some ways this lack of context makes the series’ unexpected plot twists all the more surprising.

Overall, any viewer in search of adrenaline, drama, or suspense is sure to enjoy “The Recruit”’s whirlwind, adrenaline-filled story. Tune in to watch the development of Owen and Max’s romantic friendship at the heart of the series. Their star-crossed dynamic perfectly complements the politics and secret missions highlighted by the series’ plot and twists.

—Staff Writer Hailey E. Krasnikov can be reached at hailey.krasnikov@thecrimson.com.