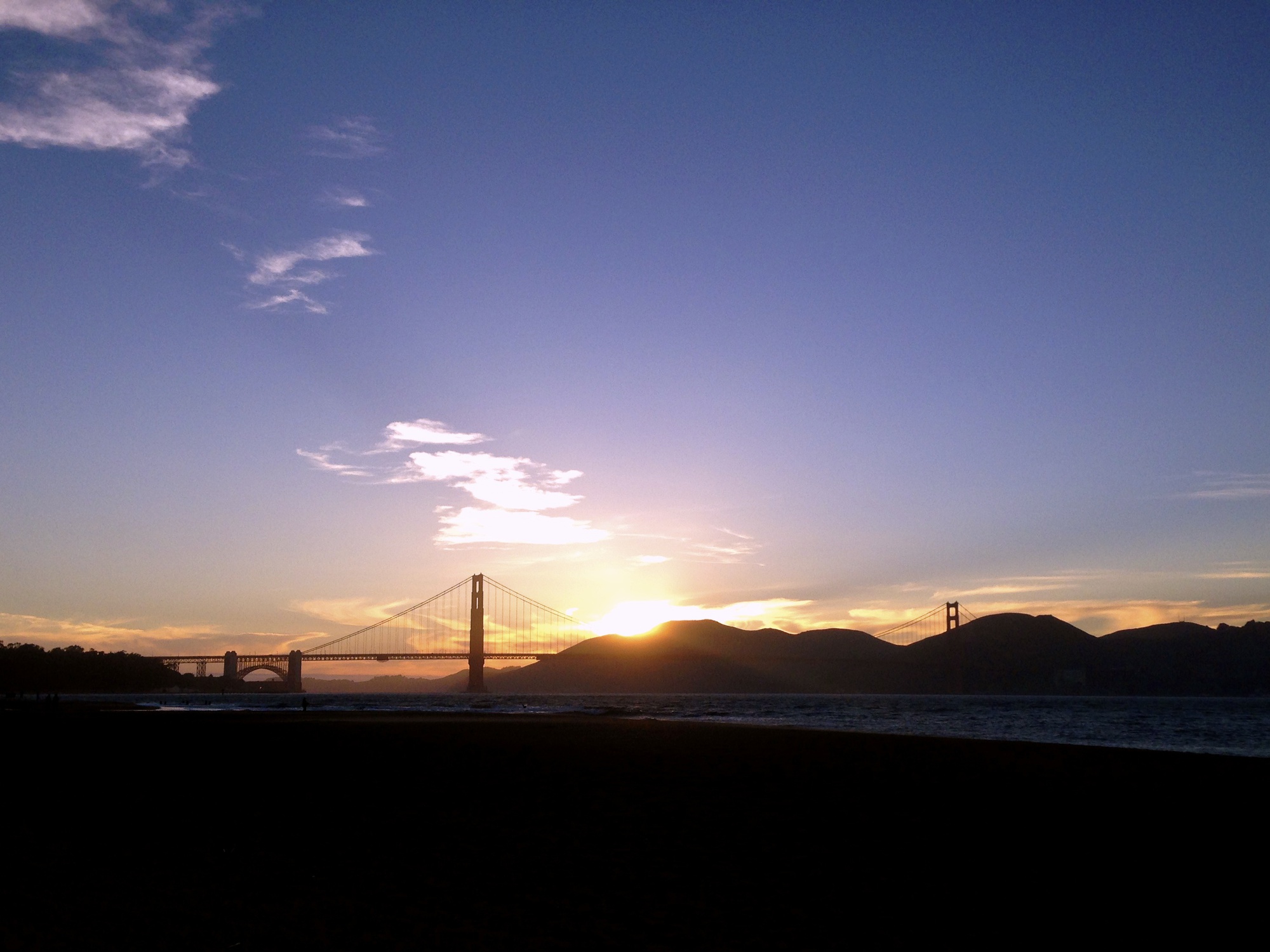 SAN FRANCISCO—The city is doused in gold at this hour. An ebbing sun dyes rooftops amber blonde; the light glitters and glints and plays tricks on our eyes. Soon the Pacific will gulp up the day’s last bit of shine and then everything will go dark.

But the bridge refuses to turn yellow with the rest of the city. It’s rusty red, a golden you can’t see. We think it’s the purest gold of all.

We’ve driven this bridge 1,000 times, from our hometowns in Marin to San Francisco and back: with our learners’ permits on slick fall nights, the soundtrack to our lives skipping in the CD player. We’ve taken its photograph, have walked its length exactly once. We’ve felt blind and scared and dangerously alive gliding through its fog, white and thick as snow. We’ve slowed to 45 mph to steal glances at the ocean giving frothy kisses to the cliffs on our right. We know so well the sound our tires make on its lane dividers.

Now we fall in love and fight and gossip and crawl through traffic on this bridge. Sometimes we notice its paint chipping and then we wish we could drive on it endlessly, forever. Mostly we reminisce, because we’re nostalgic all over. Being away so long reminds us that this bridge is many things: beautiful, big, red, gold, golden, ours. A gateway to dark parks and tipsy parties and old friends. A gateway that brings us—will always bring us—back home.

I’ve never tried to convince myself there’s any place I’ll love more than here. Because when I look out his passenger seat window, a sleepy June sun flickering between the bridge’s cables (our wheels bouncing along its lane dividers), all I can think is that I’m rich with gold.