Fitzpatrick Named AFC Offensive Player of the Month for September 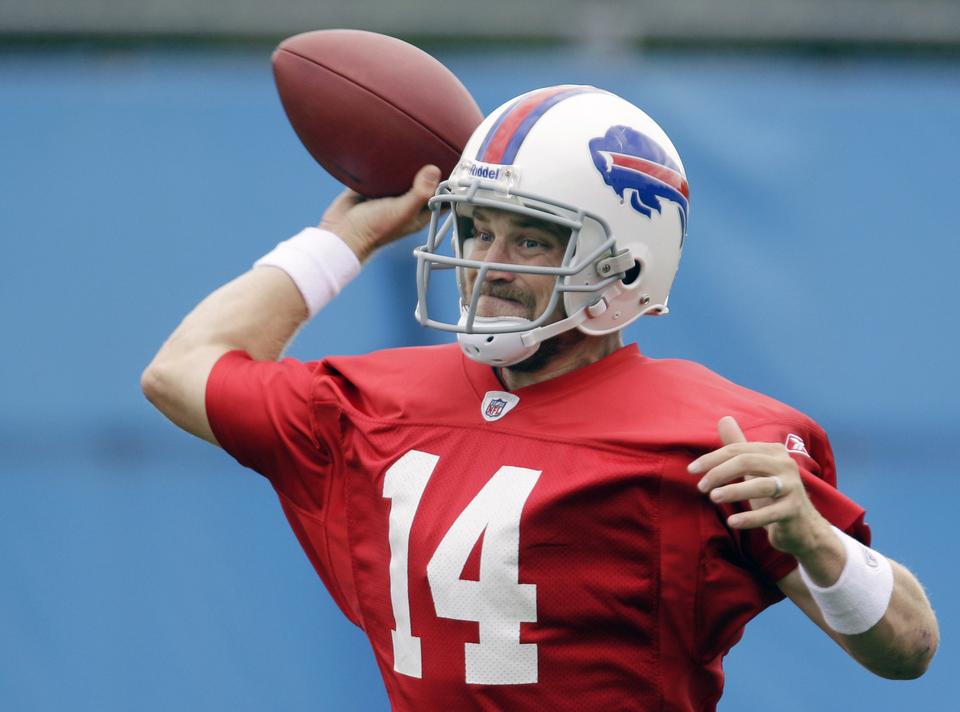 After leading his Buffalo Bills to a 3-0 start, the former Crimson quarterback has gone from a player little known outside Harvard Yard and upstate New York to a national media darling in a matter of weeks (as an example, if Fitzpatrick’s Google Trends chart were a polygraph, he would have been accused of recently telling more lies than Pinocchio).

After stunning Tom Brady’s New England Patriots with a come-from-behind 34-31 victory on Sunday, Fitzpatrick beat out Brady once again yesterday, winning the biggest award of his NFL career when he was named the AFC’s Offensive Player of the Month for September.

While leading his Bills—one of just three undefeated teams in the NFL—atop the AFC East, Fitzpatrick threw for 841 yards, nine TDs (good for second in the NFL) and just three interceptions. He also became the first quarterback in NFL history to orchestrate back-to-back comebacks from 18-point deficits in league history.

"I think [the award] is a tremendous honor," Fitzpatrick said in a statement. "It really shows how well our offense has played. Whenever you receive an award like that it's not just because of one guy, it reflects the whole team."

Fitzpatrick, whose win over the Patriots was Buffalo’s first since 2003, continues to go places no Bill has gone in a long time. The Harvard grad is now the first Buffalo player since Drew Bledsoe in September 2002 to win AFC Offensive Player of the Month honors.

“The way he manages the game and the accuracy he's throwing with right now ... he's done an amazing job,” Bills coach Chan Gailey told the team’s official website. “The highest compliment you can pay a quarterback is that he wins. It doesn't matter whether we're up or down or what, he keeps playing well. He's a winner, obviously.”

Fitzpatrick will attempt to keep winning tomorrow when his Bills travel to Cincinnati to take on the Bengals, a game that most would have predicted would have little relevance on the NFL landscape coming into the season. Now, the football world will be watching to see if the Harvard kid can lead his team to its first 4-0 start since 2008.

For as LeBron James might say, we are all Fitznesses.