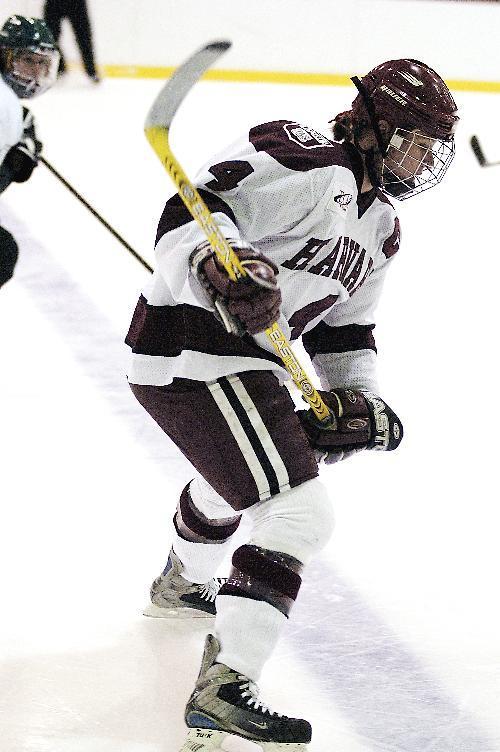 Angela Ruggiero '02-04 announced her retirement Wednesday at the age of 31. A standout during her time at Harvard, Ruggiero played in 256 games for Team USA over her 16-year career. By File Photo
By Peter G. Cornick, Crimson Staff Writer

After four Olympic appearances with the U.S. Women’s Hockey National Team, former Harvard hockey star Angela Ruggiero ’02-04 announced on Wednesday that she is hanging up her skates.

Ruggiero, 31, retires as the all-time leader in games played for the national team. In her 256 career contests, Ruggiero amassed 208 points, with 67 goals and 141 assists.  The defender won a medal in all four of her Olympic showings, including the gold in the 1998 Winter Games in Nagano, Japan, when she was a still a senior in high school.

Success followed Ruggiero to Harvard, where she helped the Crimson win the NCAA National Championship in 1999.  During her collegiate career, the Simi Valley, Calif. native scored 96 goals, giving her the sixth highest total—and the most among defenders—in program history.

In all four seasons, Ruggiero was selected as an All-American and as a finalist for the Patty Kazmaier Memorial Award, which honors the top player in Division I women’s ice hockey.  She won the award her senior year in 2004.

Off the ice, Ruggiero has authored an autobiography and is heavily involved in advancing the sport of women’s ice hockey.  The founder of the All American Girls Hockey School, she is also a member of the International Olympic Committee (IOC) Athlete’s Commission, which acts as a liaison between athletes and the IOC.

The former Harvard standout is also known for her appearance on the popular reality television show “The Apprentice,” where she was offered a job by Donald Trump after being eliminated.

"Angela has been a tremendous ambassador for women’s ice hockey,” said Katey Stone, who serves as both the Harvard and U.S. Women’s National Team coach, in a statement.  “We want to wish Angela the very best as she takes this next step in her life and thank her for her unrelenting dedication to USA Hockey. She will be missed.”