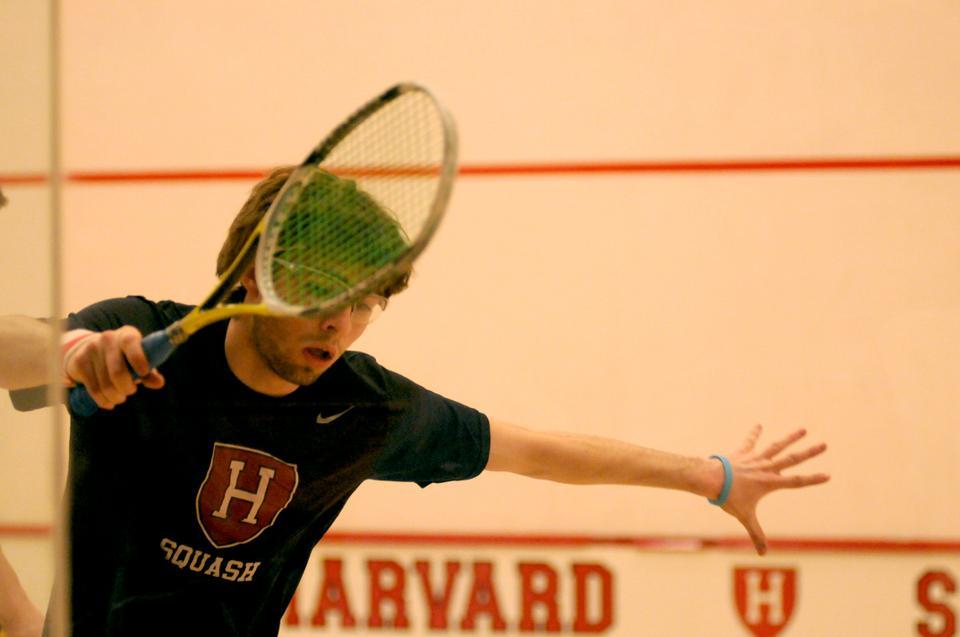 Rookie Gary Power had a successful first season in the No. 1 spot for the men's squash team.
By Robert S Samuels, Crimson Staff Writer

The 2010-2011 squash season ended in tournament losses for Harvard’s top players, sophomore Laura Gemmell and freshman Gary Power. Gemmell suffered her first collegiate loss when she fell in the finals of the Women’s Collegiate Squash Association Individual Championships, and on the men’s side, Power failed to make past the round of 16.

But, despite the tough endings, both Power and Gemmell dominated during the season. For their play, the duo has a host of accolades.

In his first year on the men’s squad, Power played in the No. 1 spot, meaning he would consistently have to face some of the nation’s best. The freshman stepped up to the challenge, winning 10 of his 15 matches en route to a unanimous selection to the All-Ivy League Team.

Gemmell, following last year’s national championship, continued her dominance in the 2010-2011 season, blowing through the competition until losing to Yale's No. 2 Millie Tomlinson in the Individual National Championship. Despite the loss, Gemmell has still won 97% of her collegiate matches.

With a 16-1 record this season, the sophomore not only made the All-Ivy League team, but she also was named the Ivy League Squash Player of the Year for the second-straight season. Additionally, Gemmell was named to the CSA first-team All-America.

Gemmell’s teammate junior Nirasha Guruge also earned All-Ivy League and CSA first-team All-America honors thanks to a 12-5 record in the No. 2 spot.