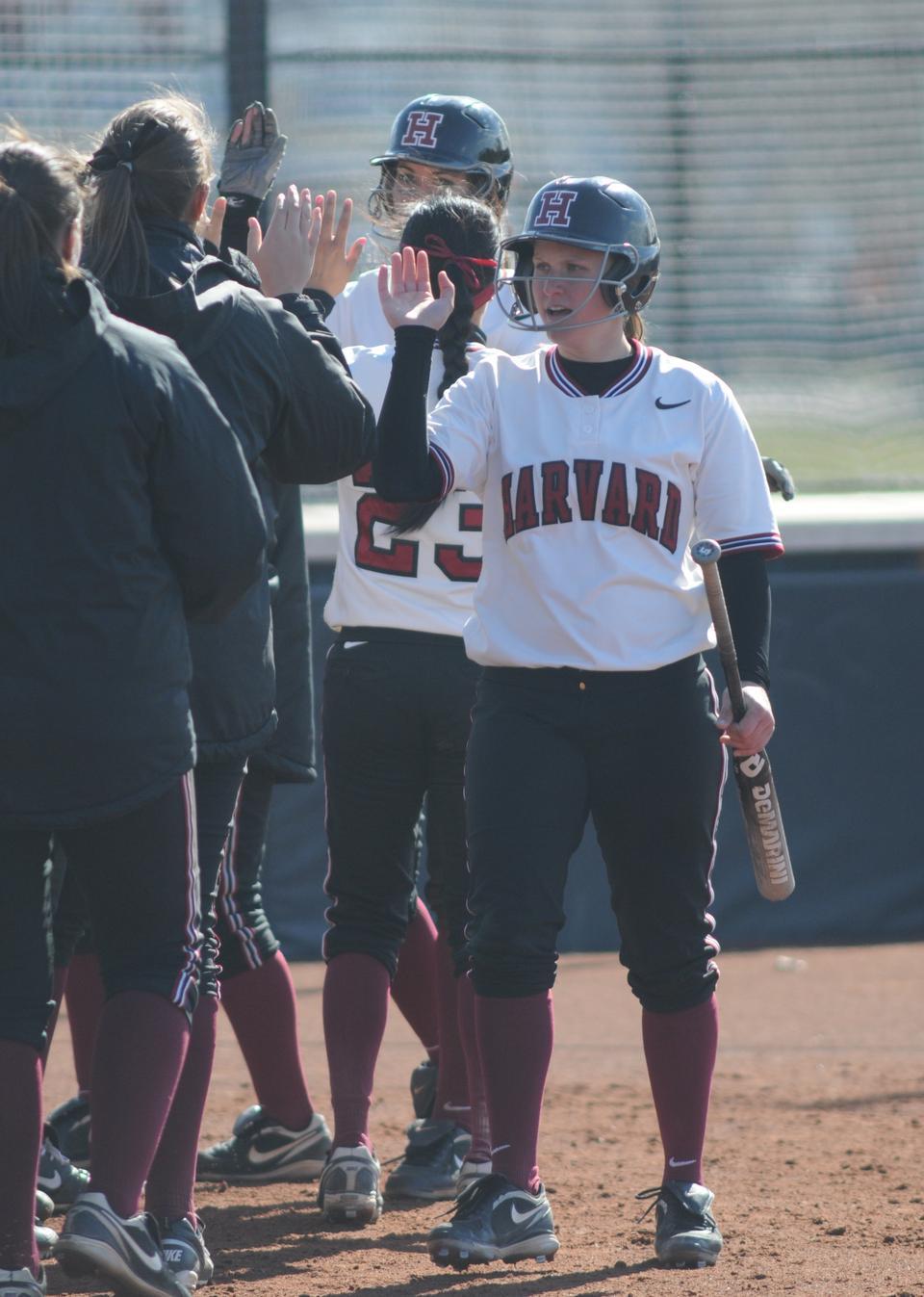 The first-place Harvard softball team is on track to return to the Ivy League Championship where it could meet a familiar opponent. By Meredith H. Keffer
By E. Benjamin Samuels, Crimson Staff Writer

It looks like Ivy League softball is headed for a rematch.

After Harvard fell to Cornell in a decisive third game in last season’s Ivy League Championships, the Crimson and the Big Red both sit atop the North and South Divisions, respectively, of the Ancient Eight.

Harvard, with a 12-2 league record has more or less clinched its spot in the finals, barring a colossal breakdown in the last week of the season.

At 9-5, Cornell hasn’t demonstrated the same league dominance as the Crimson. But the division is the Big Red’s to lose with just four games left in the regular season.

All that separates Cornell from a rematch is a home-and-home with the Ivy League cellar-dwelling Princeton team. The Tigers are just 4-10 in league play and have lost their last six straight.

Cornell went 3-1 against Princeton in 2010, and the two have not yet met this season.

Harvard has six games left before its second straight Ivy League Championship appearance. The team plays a doubleheader tomorrow against Yale—a pair of makeup games for Saturday’s rainouts—before a home-and-home of its own this weekend against Dartmouth.

The Bulldogs and the Big Green—both 6-8—share the last-place spot in the North Division.

Once again, two weeks from now, Harvard softball won’t just be worrying about its academic finals. Cornell may be its biggest test.