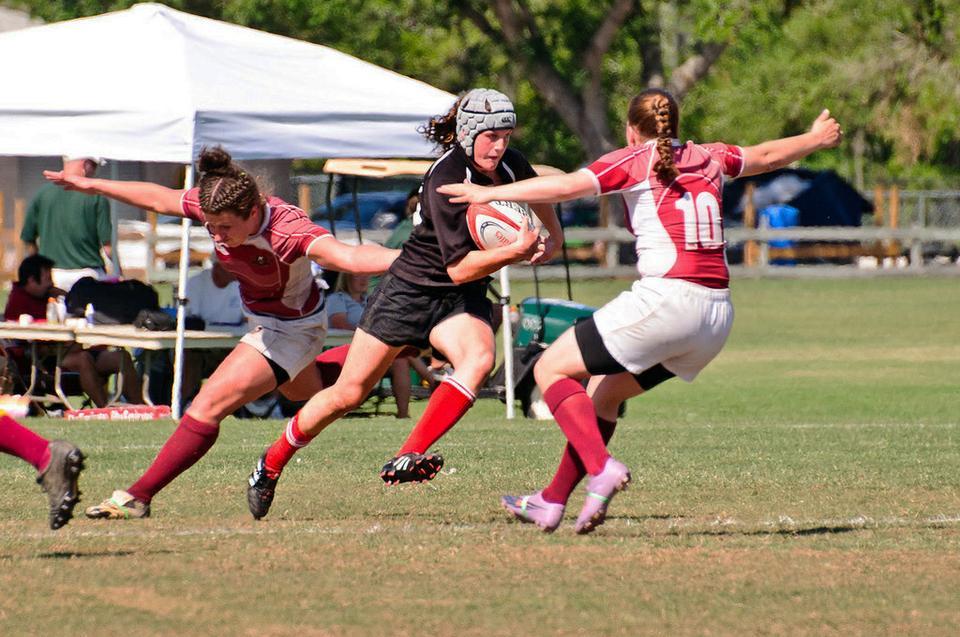 No. 12 Radcliffe rugby captured the Division II national title this weekend, and the Harvard men's rugby club reached the final four round of the Division I tournament.
By Patrick Galvin, Crimson Staff Writer

Whether they were wearing black and white or classic crimson, Harvard’s rugby clubs steamrolled through their competition this weekend, knocking out opponents in the national bracket even faster than they do on the field.

Radcliffe rugby clinched the Division II national title Sunday in a decisive 22-10 victory over Notre Dame, while the narrow 22-18 triumph of its all-male counterpart over Buffalo earned Harvard men’s rugby the chance to fly to Palo Alto on May 12 and face Davenport University in the final four round of the men’s national tournament.

Amidst an ongoing campaign for varsity recognition, these victories come at a crucial time for both programs.

“Especially as a lot of rugby clubs around the country have gone varsity, it’s important for us to demonstrate that we are competitive even as a club sport,” Crimson co-captain Connor Heard said. “The landscape of college rugby is changing, so it’s a very big win for us.”

The Black and White reflected a similar appreciation for the win.

No. 12 Radcliffe began the weekend in Pittsburgh with a 32-14 defeat over top-seeded Western Washington in the final four, positioning the club to upset the entire tournament.

And then, yesterday, the ladies of the Black and White earned their title with a win in the finals against Notre Dame in a game that, according to co-captain Janelle Lambert, was decided by Radcliffe’s unwavering defense.

“Our coach has been telling us we could do this since the beginning of the year, and not until these last two weeks, we really realized that this is something we can actually do,” Lambert said. “This is something that we couldn’t even have imagined because two years ago, we were fighting to field a team. It’s surreal.”

The Black and White has not won the national championship since 1998.

Meanwhile, in Buffalo, N.Y., Harvard was busy competing in the Northeast regional division of the men’s sweet sixteen.

Like Radcliffe, the Crimson was also ranked in the bottom half of its regional division, despite upsetting the top-seed this weekend.

Harvard dominated Northeastern 15-0 in its rainy Saturday game, and on Sunday, beat out hosts and Northeast favorites Buffalo for the chance to represent the regional division in the final four of the national tournament.

“We were one of the lowest seeds coming into the weekend, so our wins were extremely satisfying,” Heard said. “Everyone was really proud to contribute to the legacy Harvard rugby has.”