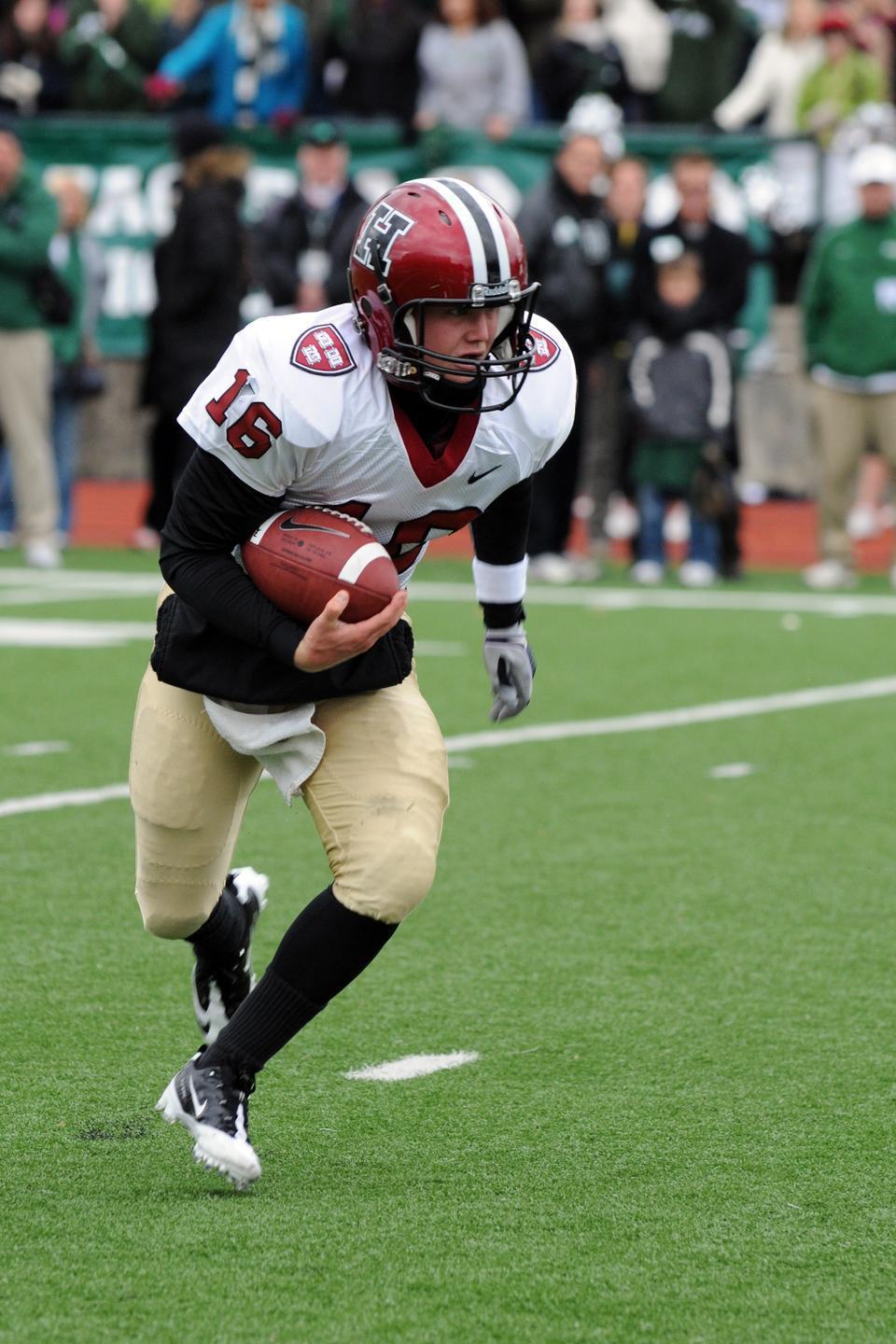 Junior quarterback Collier Winters, shown above, fought through a season of adversity to reclaim his starting role under center during the 2010 season.
By Taryn I. Kurcz, Crimson Staff Writer

On most days, throwing objects at moving golf carts is frowned upon.

Yet, two weekends ago at the Manning Passing Academy, quarterback Collier Winters was celebrated for his ability to consistently hit three targets located on the motored machines.

The four-day football camp, hosted by the Manning family, featured 36 college quarterbacks from around the country who assisted distinguished coaches in instructing eighth-through-12th graders.

Winters’ victory came during the “Air It Out” competition, which tested the throwing accuracy of the college and professional quarterbacks. The challengers were commanded to hit three separate moving targets, each one increasing in difficulty. Out of all the competitors, only three—Landry Jones of the University of Oklahoma, Austin Davis of the University of Southern Mississippi, and Winters of Harvard—hit every target.

“The first round that I went, I definitely had a few butterflies,” Winters wrote in an email. “The biggest thing I was thinking was, ‘Don’t miss the first target!’”

The tiebreaker was held in the same fashion as the first round.

Winters’ turn came again after both Jones and Davis made only their first two shots.

“I was glad to go last because then I would see what I needed to do in order to win,” Winters wrote.

Winters did see what he had to do and delivered, nailing all three targets for the second time. His flawless accuracy in the competition merited him the “Air It Out” champion.

“Everyone started cheering and one of the [quarterbacks] … came up behind me and lifted me up in the air for a second,” Winters wrote. “Everyone else was congratulating me.”

While Winters’ victory does not merit a championship ring or a Heisman trophy, it did help him gain experience and confidence he can bring into the 2011 season.

“[Winning] definitely does boost my confidence a little bit, being able to prove to everyone that I can compete with the best college QBs in the nation,” Winters wrote.