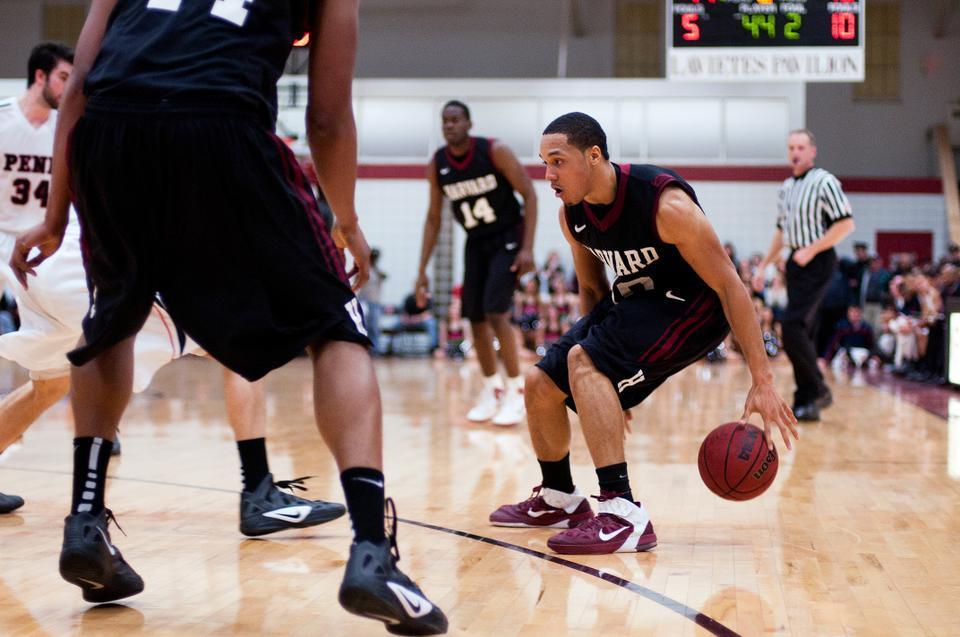 With his work on Twitter this week, co-captain-elect Brandyn Curry showed his skills aren't confined just to the hardwood. By Meredith H. Keffer
By Blake Sundel, Crimson Staff Writer

Although the playing season is long over, the Twitter season never stops for the captains of the Harvard men’s basketball team.

Last week, we brought you our favorite tweets from co-captain shooting guard Oliver McNally. Apparently, the attention did not go unnoticed, since  an incoming captain stepped up his Twitter game this week.

Here are our favorite tweets from the week from and about the Harvard basketball captains.

1) Like most Harvard students, co-captain-elect junior point guard Brandyn Curry started his week by enjoying the beautiful weather and horrible artists at Yardfest. He tweeted this last Sunday:

“Today would be a bomb day if we actually had good artist performing for yardfest. Idk how Harvard decides to get these people”

If only we had a huge endowment to get better artists…

2) Curry continued to provide updates on his whereabouts throughout the week. According to his Twitter, he spent enough time at the IM innertube water polo tournaments to come to this conclusion:

“This intertube water polo actually pretty fun. I might have to play it next year #seniorspringtodolist”

Bold prediction for next year: Brandyn Curry will be the first Harvard athlete to win championships in Ivy League basketball and IM innertube water polo. #versatility

3) A few miles down the I-95, former Yale basketball player Greg Mangano, having closed the books on his college career, is seeing the light.  The Bulldogs’ big man gave one of Harvard’s finest this compliment via Twitter:

Or maybe hooping with the dudes from Yale is just that bad of a time. Should have come to Harvard, Greg.

Those are the tweets of the week. Who knew tweets from Harvard hoops would be that good of a time?