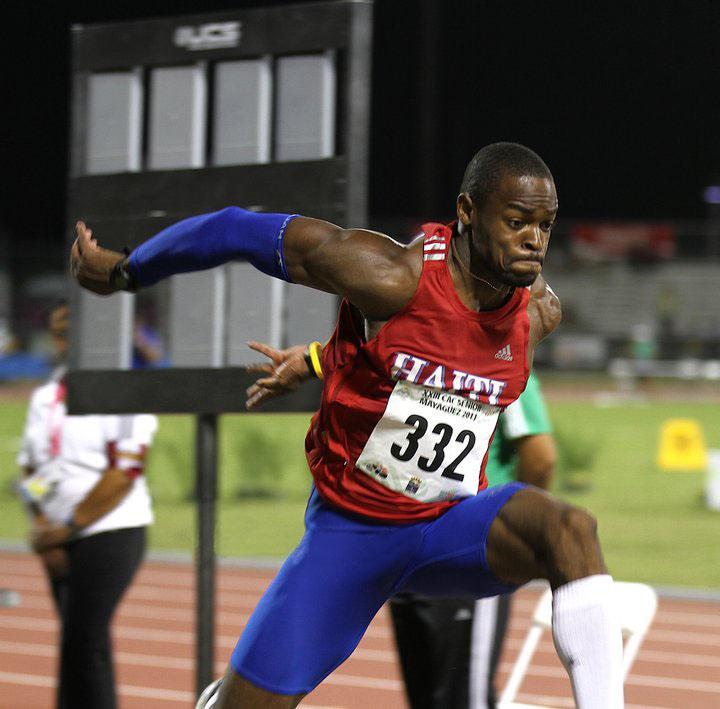 The Opening Ceremony of the London Olympic Games is not until Friday, but competition starts today with the US Women’s Soccer Team taking on France today at 11:30 am on NBC Sports. With nine Harvard alums and current students competing in eight events, thecrimson.com will be your one-stop shop for all Crimson Olympic coverage.

We’ve already started by telling you the stories behind a number of the Olympians, and our team of reporters back in Cambridge will be working with a couple Crimson sports writers in London to bring the most comprehensive Olympic coverage of Harvard athletes in recent memory. But there’s a difference between reading about something and watching it live. Thanks to NBC’s commitment to cover every event, start to finish, you’ll be able to watch every Harvard athlete’s journey in the XXXth Olympiad.

Below is the schedule of events.

The rising sophomore had to sit out her freshman year due to a controversial ineligibility ruling by the NCAA. The high school All-American returns to her home country to represent the hosts on the court in London. The UK does not have a history of success in women's basketball, but surprising results and stellar play from the young Fagbenle have locals optimistic about their chances. They open up play in Group B against either Australia, Brazil, Russia, Canada or France.

"Malcolm has one of the most distinguished records of any oarsmen that we’ve had over the years. He won three straight national championships, a major factor in all three of those, and a couple of wins at Henley. Since then he’s been a mainstay in the Canadian national team. Yes he won in Beijing but he’s also been incredibly successful in every other competition he's entered in."

Will Newell '11 and his Oklahoma City based will try to capture just the second American medal since the lightweight four became an Olympic event. History is not on their side, but this young group of rowers will look to mix things up in an event that has traditionally been dominated by Denmark. Newell, who started rowing just six years ago, is optimistic about their chances. "If we can make it to the A final, anything can happen.”

Caryn Davies '04-05 and Esther Lofgren '07-09 bookend a US boat that has dominated international competition for the last half-decade. Davies returns after getting Silver in Athens and Gold in Beijing. Lofgren, who has been a part of a boat that has won six-straight World Championships, finally gives the Lofgren's a chance at the Olympics. Her mother was the last cut in the women's pair in qualifying for the 1984 Los Angelese Olympics and Esther narrowly missed out on Beijing. In London, they'll be the unquestioned Gold Medal favorites.

Brodie Buckland '06 has made a habit of switching sides. After rowing his first two years in college at the rival University of Washington, Buckland transfered to Harvard, teaming with Howard for a national championship. Now, the Olympia, Wa., native has a chance at bringing a medal home to his new country, Australia.

The last rowing event on the Olympic schedule might be the most competitive. Henrik Rummel '09, who was born in Copenhagen, Denmark, rows for redemption after failing to qualify with the eight in 2011 and opting for the four. “The four is incredibly competitive, and a medal would really be quite an accomplishment,” coach Parker said. Rummel isn't going to leave anything to chance "This could be my only Olympics, so I’m going to try and make the most of it.”

Samyr Laine '06, born and raised in New York, will be jumping for his parents' homeland of Haiti and represents the best chance at an individual Haitian medal since 1928. Mark Zuckerberg's freshman roommate earned a law degree from Georgetown, all the while competing on the international level and supporting Haitian recovery efforts after the devastating earthquake in 2010 shuck the island nation to its core. “I feel like I’m on a selfless mission. Even though I have my own aspirations, this is for the country of Haiti,” Laine said.

One of the most inspiring US Olympic stories features Alex Meyer '10 and his quest to make his best-friend Fran Crippen proud. Crippen died in an open water race in Dubai in October, 2010. Now Meyer, with the help of Harvard coach Tim Murphy, will take to the water in London with one thing in mind: and Olympic medal.

*Repechage is only if they do not qualify in the heats