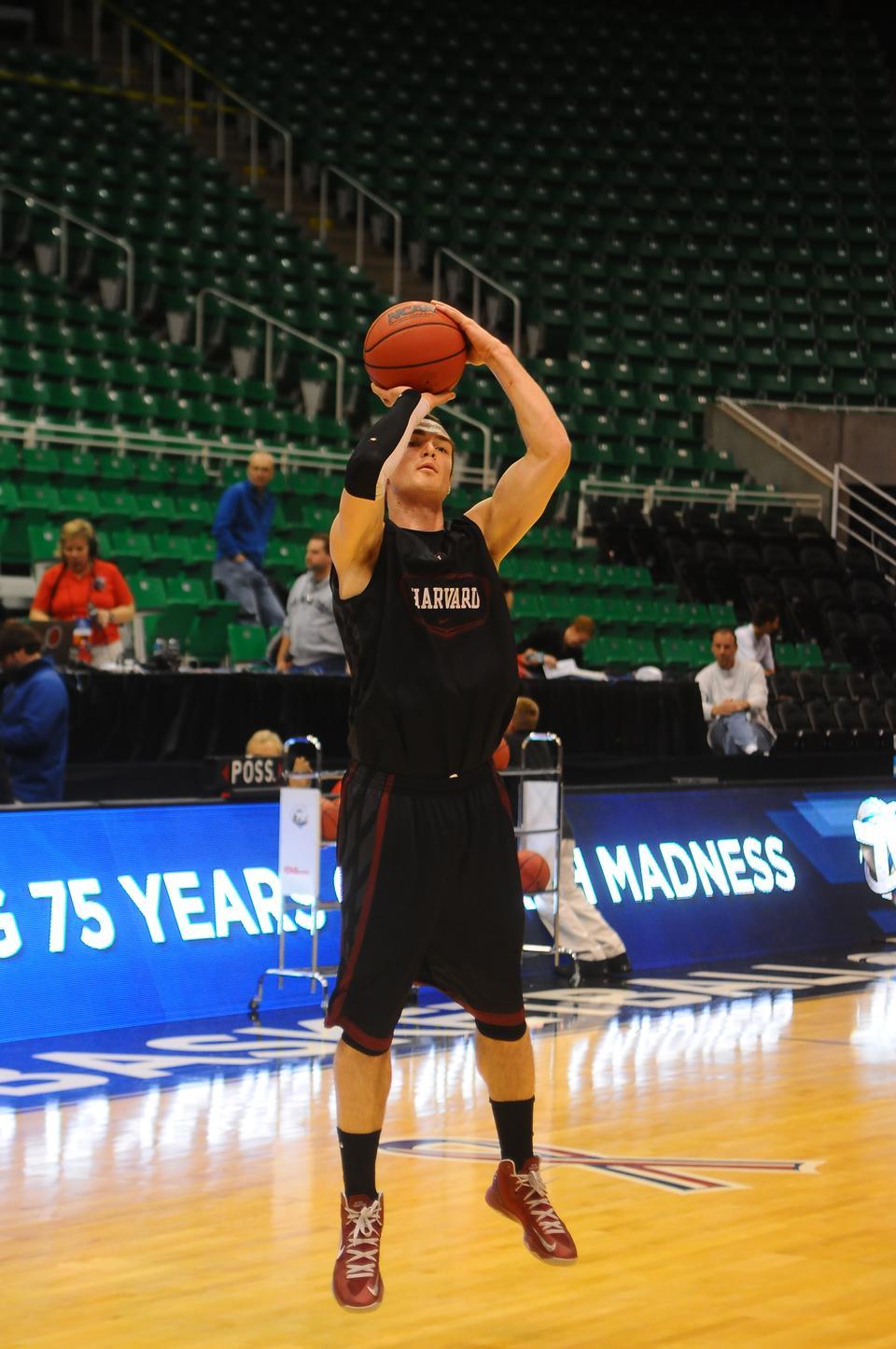 Junior co-captain Laurent Rivard is one of 27 Canadians participating in the 2012-13 NCAA Tournament.
By Hope Schwartz, Crimson Staff Writer

SALT LAKE CITY—When Harvard junior co-captain Laurent Rivard takes the court Thursday evening at EnergySolutions Arena, he will be following in the footsteps of two of his countrymen.

Gonzaga forward Kelly Olynyk and guard Kevin Pangos—anchoring the Bulldogs offense with 17.5 and 11.5 points per game, respectively—will play earlier in the afternoon and join Rivard as two of the 27 Canadians that will participate in this year’s NCAA tournament.

Rivard—hailing from Quebec—is the only Crimson starter from up north, but freshmen teammates Agunwa Okolie and Patrick Steeves also call Canada home.

Although there are four fewer Canadians in the tournament this year compared to last year, many are poised to take bigger roles and make a larger impact. From Olynyk to Michigan guard Nik Stauskas, 21 of the Canadian nationals have earned awards for their regular season play.

“I would say we’re pushing each other,” said Pangos in Wednesday’s press conference. “The bar is set a lot higher. Guys aren’t satisfied with making the NCAA tournament anymore. Now the goal is to be in the NBA and the top NCAA teams.”

Rivard is no stranger to his Bulldog countrymen. Last summer the wing was named to the Canadian men’s National Team training camp roster, where he was joined by 12 other college basketball players—including Olynyk, Pangos and Stauskas—as well as members of NBA and other professional teams.

“We were almost rejuvenated with excitement going back to school with how much we learned,” Pangos said. “Everyone you could think of involved with Canada Basketball was there. Being around them, playing with the different styles of guards and things, it’s hard to soak it all in because there is so much you can learn there.”

Rivard’s relationship with Pangos and Olynyk dates back to 2009, when the three played on the Canadian Junior National Team, finishing seventh at the World Championships in New Zealand. At Wednesday’s press conference, Rivard talked about his experience playing in both the NCAA and in Canada.

“The progress that Canada has made in the past few years has been incredible,” Rivard said. “[Olynyk and Pangos are] good kids and really good basketball players, and I hope they do really well.”

“Everybody is pushing each other and holding each other accountable, and we meet in the summer and reset our goals as a country and as individuals,” Pangos added. “It’s great to see, growing up with a lot of the guys that are on stage right now and seeing how basketball has transformed.”