Crimson Skaters Will Take to the Ice in Sochi 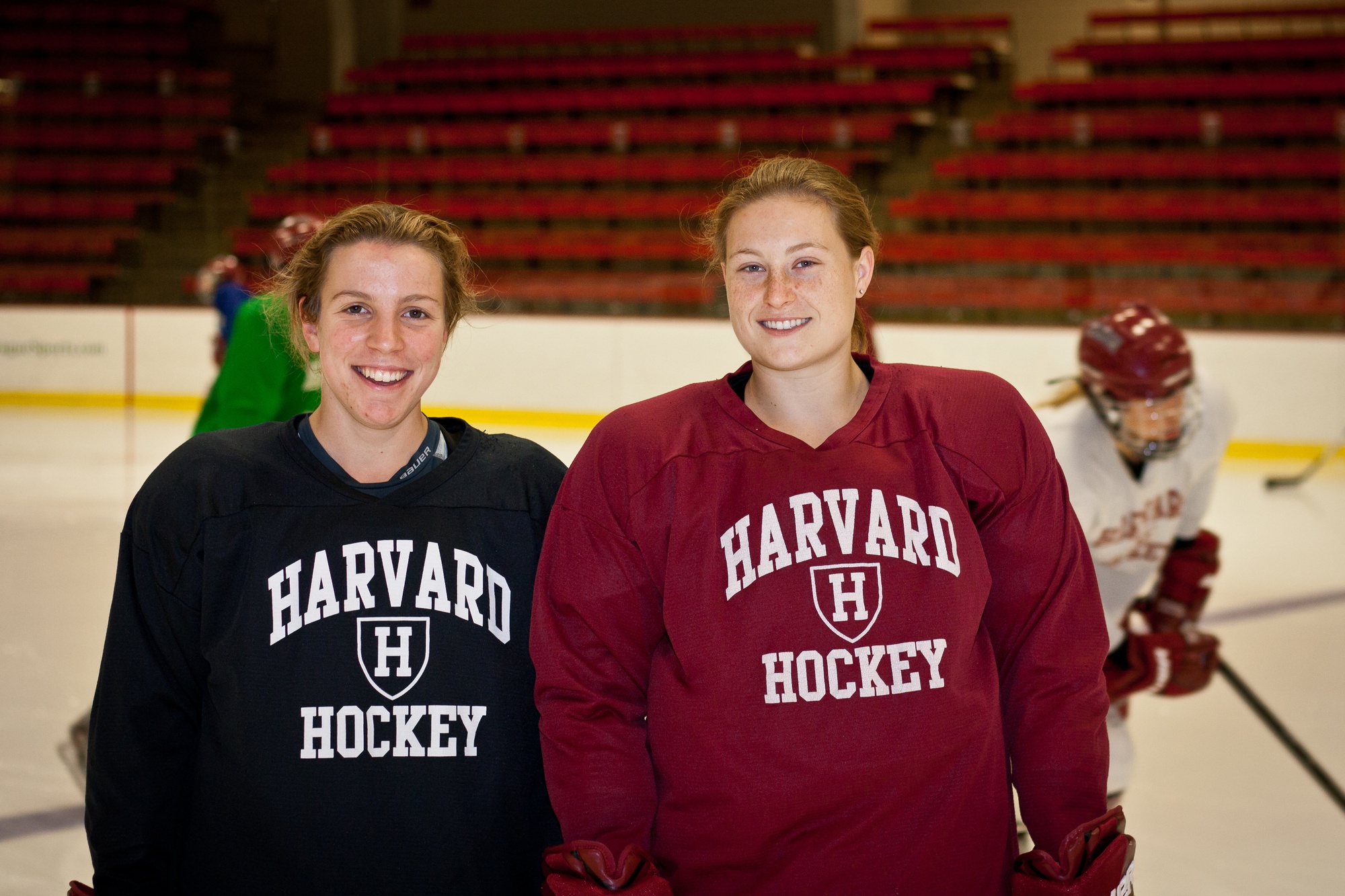 From left to right: Michelle L. Picard and Lyndsey B. Fry were named to the USA Women's Olympic Hockey team on Wednesday.
By Jacob D. H. Feldman, Crimson Staff Writer

The red, white, and blue will have some Crimson in it, too. The USA women’s hockey team, led by Harvard coach Katey Stone, announced Wednesday that three current and one former Crimson skaters will be joining Stone in Sochi, Russia. Lyndsey Fry, Michelle Picard and Josephine Pucci will make their first Olympic appearance in February while Julie Chu ’06-07 is set for her fourth Olympic Games. Kate Buesser ’11 practiced with the team but was cut in December.

"Today is an important day for our team and we're thrilled to continue our journey toward Sochi," Stone said in a statement. "We have a good blend of veterans and first-time Olympians, and we're excited about what lies ahead. We're enthusiastic about our team and focused on getting better every day."

The four Crimson skaters and the rest of the 21-woman team will play its first game Feb. 8 against Finland. In 2010, the American women earned silver medals, while the Fins got bronze.

Even without Stone, Fry, Picard, or Pucci, the Harvard women’s hockey team, led by interim coach Maura Crowell, has maintained the level of success Stone achieved. Heading into Thursday’s game against Northeastern at Fenway Park, the Crimson is 9-1-2, including 7-1-1 in conference play. It has tied top-ten teams Cornell and Boston College and beat No. 9 BU, 3-1, in November.