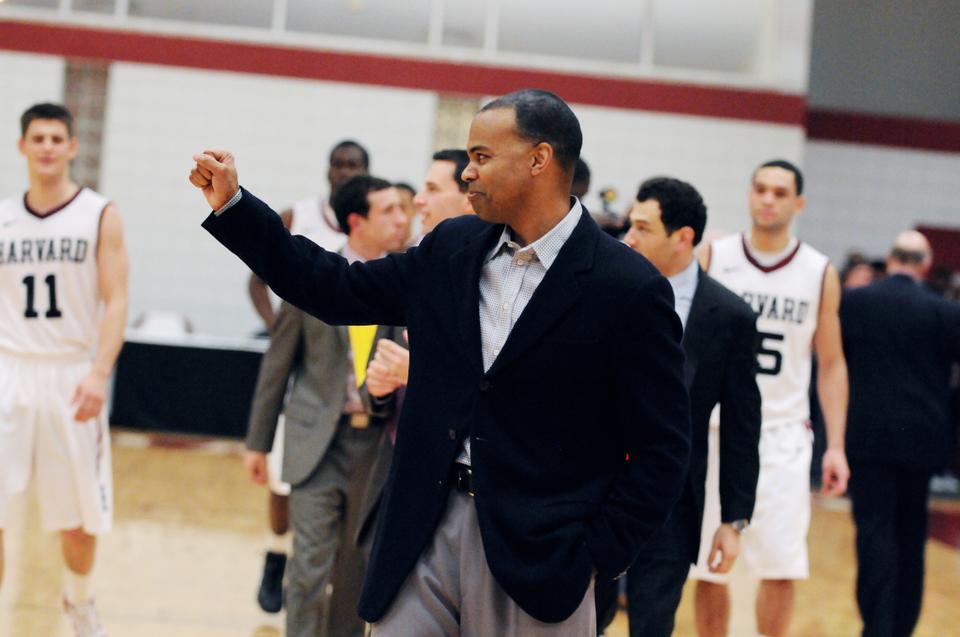 It's been over two years since the Harvard men's basketball team has earned a spot in either the AP or Coaches Poll. The Crimson nabbed the final spot, tied with Utah, in the AP Poll on Friday.
By Juliet Spies-Gans, Crimson Staff Writer

The Harvard men’s basketball team has yet to play a single minute of regular season hoops this year, and yet the anticipation to see what the Crimson can do is as high as it has ever been.

Despite losing three key rotation players to graduation last year, the team learned on Friday that it had earned a spot in the Associated Press Top 25, one of what coach Tommy Amaker called the “two main polls” in collegiate hoops. The Crimson tied with Utah for the 25th spot, while recent NCAA Tournament opponents New Mexico and Cincinnati failed to make the list at all. The Bearcats received just eight points compared to Harvard’s 98.

Earlier this month, Amaker’s team also tallied 47 points in the USA Today Coaches Poll, falling just nine short of tying Iowa for No. 25. After a few wins under its belt in the early weeks of the season, Harvard should be able to crack into the rankings, especially given the difficulty of the Hawkeyes schedule. Iowa is slated to play No. 10 Texas and No. 6 North Carolina in the first month of play.

Amaker, however, was careful to stress that his team is more interested in maintaining its “internal standards”—guidelines that each player on the squad must hold himself to in order for the group to succeed—than paying attention to “external expectations,” set by polls and the media, that he believes are extraneous to Harvard’s aspirations.

“We don’t deal with [the expectations],” said Amaker on Thursday, shortly before the AP Poll was released. “[We focus] on our internal standards and our identity and our goals. That’s what has made us who we are, and there has been no interest or feeling whatsoever about anything from the outside that says we’re good, we’re bad…it doesn’t matter. We’re living up to our standards internally, and that’s been an incredible way for us to go about running our program.”

Amaker added that, inevitably, it’d be “really neat” to see his mid-major squad break into the top 25.

“But we’ll see,” he said. “It’s a long horse race, a long season, and…we’re just hopeful that we’ll stay focused on what’s right in front of us, day by day, getting better.”

Friday’s selection marks the first time in over two years that the squad has nabbed a ranking in either the AP or Coaches Poll. The last time it was ranked, the Crimson had yet to win a single NCAA Tournament game in program history and junior co-captain and floor general Siyani Chambers was still in high school.