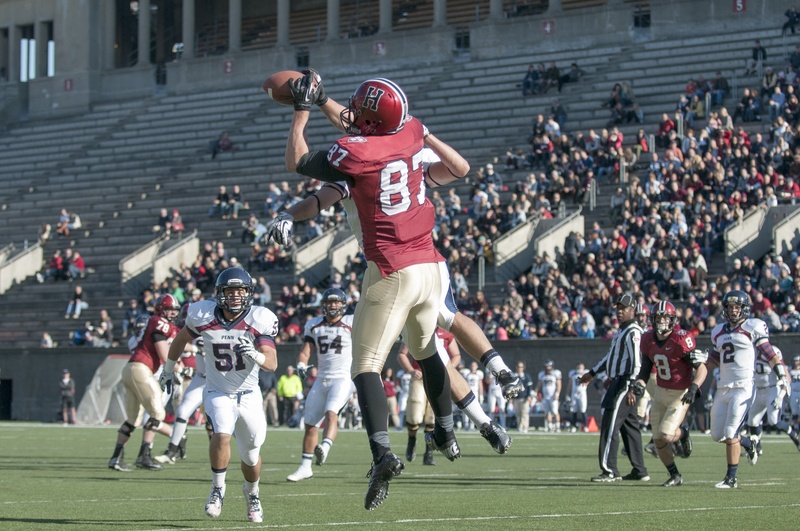 Senior Cam Brate was one of four Crimson football players to sign with NFL teams this past weekend.
By Jacob D. H. Feldman, Crimson Staff Writer

Obukwelu, who recorded 109 tackles and nine sacks over his Harvard career, signed with the Indianapolis Colts Sunday. Ott will not go nearly as far to live his NFL dreams, agreeing to a deal with the nearby New England Patriots. Brate, meanwhile, will return to his Midwestern roots, joining a Minnesota Vikings organization that also includes former Crimson lineman Kevin Murphy.

Lastly, Owusu will return to San Diego, where he had five tackles in a 42-20 win over the University of San Diego Toreros to start the 2013 season. This time, Owusu will be suiting up in Chargers blue and gold.

Princeton defensive tackle Caraun Reid was the only Ivy League player taken in the NFL Draft this year, going in the fifth round, 158th overall to the Detroit Lions. Cornell quarterback Jeff Mathews signed with the Atlanta Falcons after going undrafted.