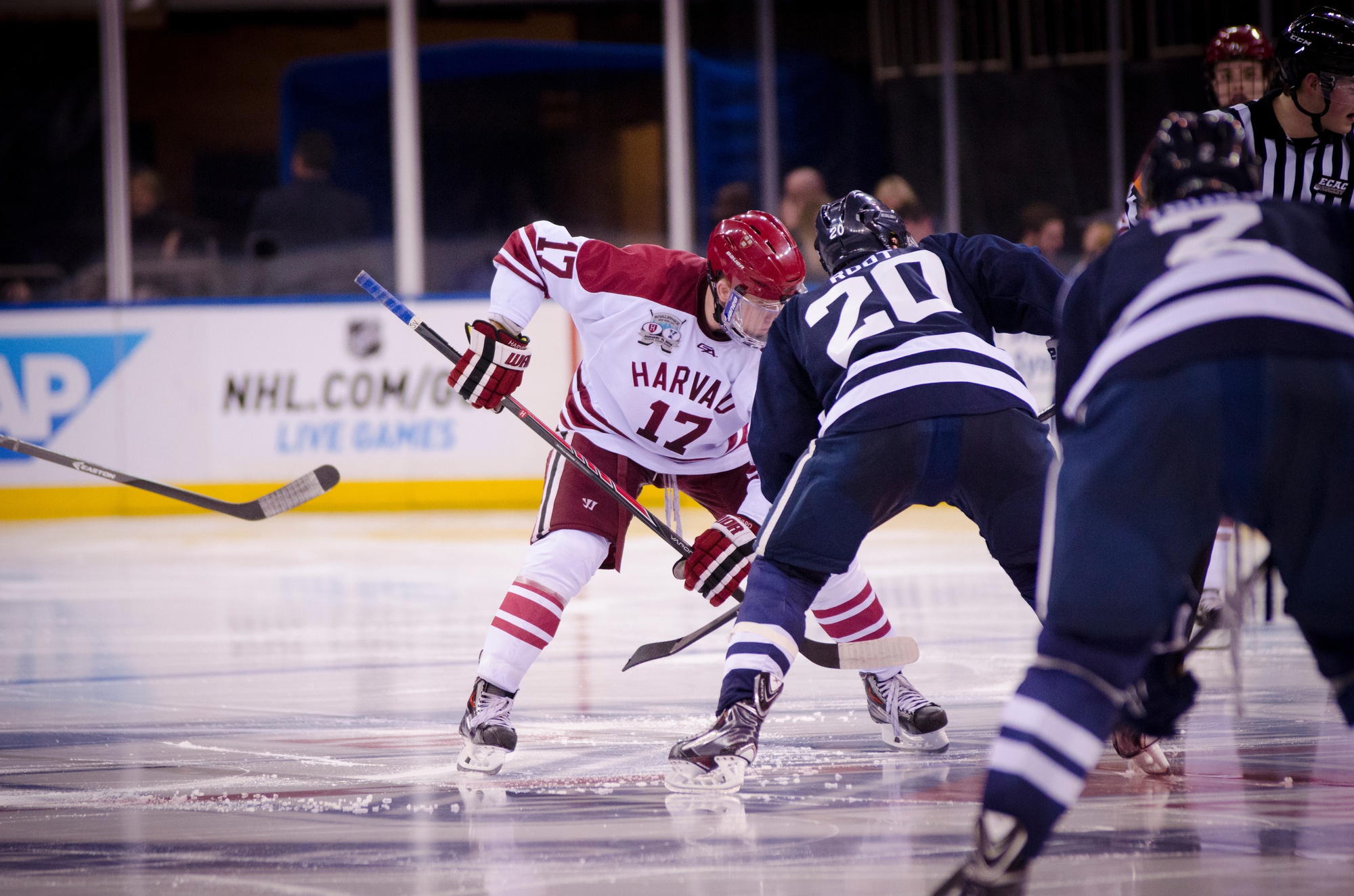 With the delay of the Beanpot due to winter weather, Harvard can hope the extra time will let injured players like sophomore Sean Malone rest in preparation for this week's competition.
By Michael D. Ledecky, Crimson Staff Writer

Hockey East officials announced on Sunday that the first round games of the 63rd Annual Beanpot will be played on Tuesday due to the winter storm forecasted for the Boston area Sunday night into Monday.

The No. 4/4 Harvard men’s hockey team will open the tournament at 5 p.m. at TD Garden against No. 2/2 Boston University. Northeastern and No. 14/15 Boston College will play at 8 p.m. The games were originally scheduled for the same times on Monday.

The postponement could help Harvard, which is trying to get key players back from injury. In addition to star defenseman Patrick McNally, who is out for the rest of the regular season, Harvard was without the services of sophomore forwards Alex Kerfoot, Sean Malone, and Luke Esposito and other key players during Friday’s home game against Union.

Kerfoot and Malone are back on the ice but skating non-contact, according to Assistant Director of Athletics Communications Brock Malone on Sunday. Kerfoot has been out since Nov. 29, while Malone has not played since Dec. 30. The two NHL draft picks have yet to play together in a game this season.