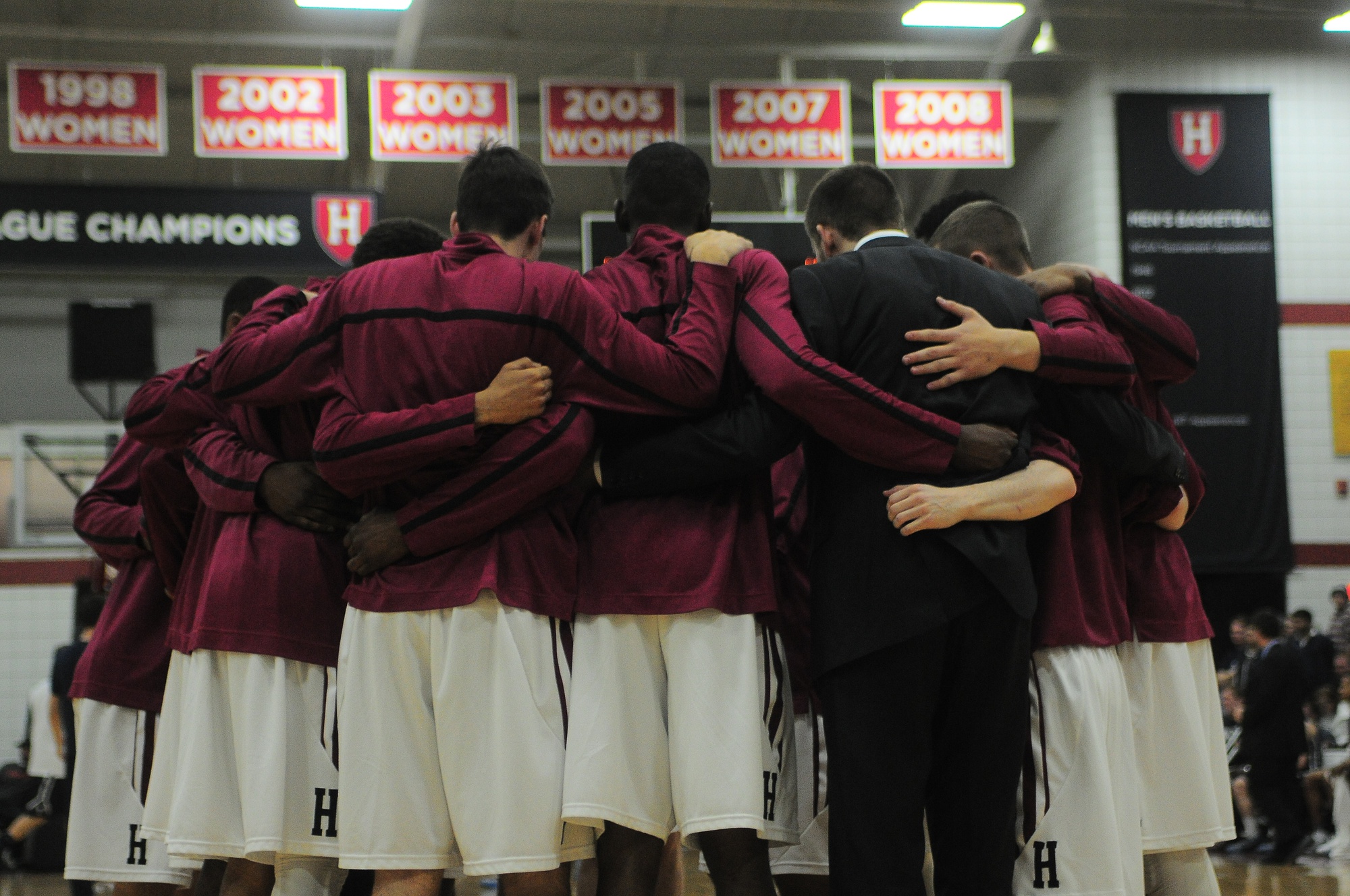 The Harvard men's basketball team will kick off its 2015-2016 campaign on Nov. 13 against MIT. By Robert F Worley
By Stephen J. Gleason and Theresa C. Hebert, Crimson Staff Writers

The Harvard men’s basketball team unveiled its 2015-2016 schedule on July 29 — one that features a challenging nonconference slate, including a matchup with Kansas at Allen Fieldhouse on Dec. 5.

After its annual Crimson Madness event in October and an exhibition contest against McGill on Nov. 6, Harvard will once again kick off its regular season against crosstown rival MIT on Nov. 13 at Lavietes Pavilion.

The Crimson will then be tested early and often, as the team will face regional foes Providence, UMass, and Boston College in consecutive games prior to the Thanksgiving holiday. The Friars reached the NCAA tournament as a No. 6 seed last season, while both Massachusetts teams pushed Harvard to the brink last year, as the Crimson just edged out the Minutemen, 75-73, and fell to the Eagles, 64-57, in overtime.

In December, Harvard will hit the road to take on two more opponents who reached the Big Dance last March: Northeastern (Dec. 2) and Kansas (Dec. 5). The Jayhawks, who earned a No. 2 seed in the NCAA tournament last season, will pose the biggest challenge for the Crimson since Virginia, who defeated Harvard by 49 points last December.

Following a hiatus for final exams, the team will head west, where it will compete in the Hawaiian Airlines Diamond Head Classic in Honolulu from Dec. 22 to Dec. 25. The Crimson has seen success in recent years at in-season tournaments, claiming titles at the Battle 4 Atlantis in 2011 and the Carrs/Safeway Great Alaska Shootout in 2013.

In addition to BYU, who Harvard will face in the first round, the Crimson will be joined by Auburn, New Mexico, Northern Iowa, Oklahoma, Washington State, and host Hawaii at the holiday tournament. The bracket creates the potential for a rematch of the 2013 NCAA tournament contest between Harvard and New Mexico, in which the Crimson earned its first tournament win in team history.

When its nonconference schedule comes to a close, the Crimson will then have to work to defend its Ivy League title on a late season road trip against Columbia, Cornell, Yale, and Brown from Feb. 19 to Feb. 27.

The team’s Ancient Eight slate will officially begin at home on Jan. 9 against Dartmouth, who handed the Crimson one of its three conference losses during the 2014-2015 campaign. And it will wrap up on March 4 and 5, when Harvard hosts Princeton and Penn.